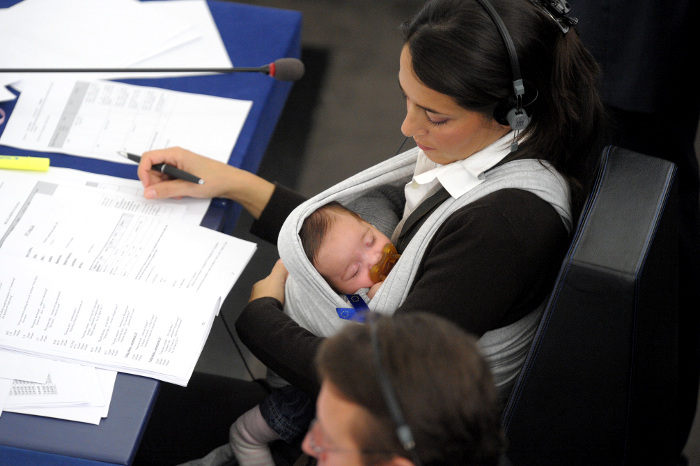 Each of these situations has been reported again and again to the Everyday Sexism Project. For most men, they will be difficult to imagine. For many women, they are painfully familiar.

1 Being mistaken for the secretary

“Although I’ve been a senior figure in client meetings, when all other attendees are men it’s regularly expected that I’m the one to take notes and distribute drinks.”

“I am head of the fundraising department in the charity I work for. Every time I go to a meeting with the man in my department, he is greeted first, his hand is shaken first, and the conversation is directed towards him. Once, I was asked if I was there to take notes even after I had been introduced as the manager.”

2 Being mistaken for the tea lady

“International visitors from company’s head office came for a meeting at which I, the only female in management, had to report. I walked in with my report and they asked for coffee, white with two sugars.”

3 Being called a “good girl”

“Being told I’m a ‘good girl’ when offering ideas to senior management. Have to resist the urge to bark. A raised eyebrow and ‘I’m sorry, I didn’t quite catch that’ worked with one. The other just repeated it … I did call one of them a good boy once, but not in a meeting. He seemed to get my point but said that they ‘didn’t mean anything by it’.”

4 Being accused of menstruation when voicing a firm opinion

“My colleague had to chase up someone in another department for not meeting a deadline for paperwork to be submitted. When she went to speak with him about it his response was: ‘Is it your time of the month?’ This is in a huge listed company. She’s a lawyer.”

5 Being asked if ‘a man is available instead’

“Working in a law office, I’ve had plenty of people on the phone demand to speak to a man instead of me.”

“People asking if another vicar is available for wedding/funeral: ‘Nothing personal but we’d prefer a man.'”

“A female friend of mine in an office meeting proposed a logical, simple solution to a recurring issue. Blank stares from the group and a ‘We’ve never done it that way’ from the senior (female) manager. A male colleague then makes the exact same suggestion and the room nods enthusiastically and congratulates him on the idea.”

“I attended a meeting last week where a question was posed. I knew the answer and told everybody: ‘The answer is yes, there is going to be a group assigned to do this.’ The chair of the meeting (a man) ignored my comment completely and said to everyone: ‘I think the answer is probably yes, the board promised to work on this topic so I guess they will assign a committee.’ I shared a look with the only woman in the room, sighed and repeated: ‘Actually yes, I KNOW there is a committee assigned to this task.’ I wished this was the first time that this happened … it is not.”

7 Being asked about childcare plans

“During my interview for my current position I was asked if I planned on having any more children and what my childcare arrangements are. Each time the question was preceded with: ‘I’m probably not supposed to ask this but …’ Too blinking right you’re not supposed to ask it! Would you have asked it if I were a male candidate?”

8 Being considered a ‘maternity risk’

“I had an interview for an office job for a small company when I was in my early 20s. The senior partner who owned the company told me they wouldn’t hire me because I would probably get pregnant and go on maternity leave, and that if I repeated what he’d said he’d deny it.”

9 Being accused of ‘baby brain’

“I was told on my first day back [from maternity leave]: ‘You’ll never be the same for us now you have baby brain.'”

“I recently came back from maternity leave to my overseas posting, to meet the new boss for the first time. In our first meeting, he explained that I would no longer be in charge of the unit I had been setting up for a year due to my ‘special circumstances’… He also stated that while I was nursing it will be difficult for me to focus on my job, so he was being generous by giving me less responsibility, and downgrading my position.”

“I was 22, just graduated from university and working a three-month trial period at a very small company – just me and the boss (married, with kids my age). One day I was busy with filing, and the boss came up behind me, wrapped his arms around me and stuck his tongue on my ear. I shoved him away and told him not to do that again. Ended up being fired a week later because I wouldn’t have an affair with him.”

If these scenarios sound shocking to the male reader, try running them by some of the women you know – you might be surprised to find how common they are. For many women, this piece will read less like an article and more like a bingo card – how many did you cross off? – By Laura Bates © Guardian News and Media 2014

Image – European deputy Licia Ronzulli takes part on October 20, 2010, at the European Parliament in the northeastern French city of Strasbourg in a vote in favour of raising maternity leave from 14 to 20 weeks while giving fathers two weeks to spend time with their newborn. (AFP)