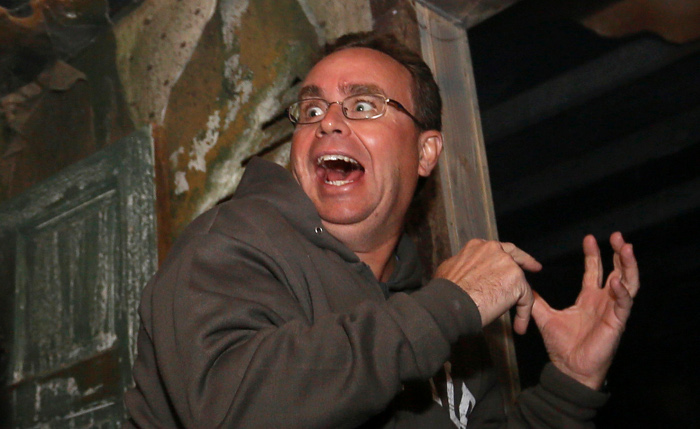 So today Sowetan Live posted this little titbit and shared it on the internet like it was something to be proud of.

It was called “10 things a woman should never say to a man”, and, as the title may imply, was every bit as boring, sexist and off-the-mark as you would expect. As is usually the case, the piece ended up being way more derogatory to men than it did to women, painting them as insecure, inept, babies. Way to go, Sowetan.

I won’t to link to the article as it really, really does not deserve hits, but I am going to offer the writer a few suggestions. Because you know, us liberal women just love to backchat.

So, according to the Sowetan, our men are Neolithic pea-brains positively incapable of handling these ten utterances:

1. “Man up”
“You are basically calling him a sissy and no man wants to hear that. He is the head of the household traditionally, so emasculating him with such words will not earn you any points.”

What the writer is saying: I am hopelessly insecure in my masculinity and decreasing power as the head of the household.

Suggestion: Tell him to “Woman Up,” that’s what he really should be aspiring to.

2. “We need to talk”
“Sirens go off and panic buttons get pressed when men hear these words. For them, ‘we need to talk’ means ‘you are in deep k*k’. Just broach your issues in a normal conversation. It’s easier that way.”

What the writer is saying: Women are dour creatures whose main purpose is to spoil their man’s fun. We like to stand in the kitchen, arms folded, glaring, and spout clichés like “we need to talk”.

Suggestion: This writer ran out of creativity in his listicle, and he had to have ten points or it just wouldn’t look good. So he opened The Big Book of Tired Stereotypes, scanned to point one, and dropped it into the batch.

3. “Anything about size”
“If it didn’t matter to you, you wouldn’t bring up the subject. After all you know what they say: ‘It’s not the size of the boat, but the motion of the ocean.’ ”

What the writer is saying: I am incredibly, insanely, insecure about the size of my penis.

Suggestion: Buy him a BIG sports car so he can feel better about his penis.

4. “Do I look fat in this?”
Don’t ask this question unless you are ready for the brutally honest answer you will get. If you think you look fat in something, you probably do. So just choose another item of clothing instead of picking fights.

What the writer is saying: We live in a cliché 80s sitcom where women still stand in the mirror going: “Do I look fat in this?”

Suggestion: Get dressed without asking him what to wear, just like every woman has been doing for, I don’t know, centuries. I mean really, are we still on this topic?

5. “Never mind. I’ll do it myself”
“So you ask him to do something and as usual he takes his sweet all time to get it done. Losing your temper is not the solution. Your man wants to feel needed. Ask him again and maybe add a little incentive to encourage him eg ‘I’ll give you a back rub if you … ‘ ”

What the writer is saying: Your man wants to be coddled and babied and feel like he is still relevant.

Suggestion: Why make your man feel insecure! Feign incapability. Instead of changing the lightbulb, wring your delicate hands and clutch your pearls. When he changes the bulb, make a huge hoo-ha out of it and reward him with a beer. Then pat him on the head. That’s the way to really make him feel like a man!

6. “I can’t live without you”
“Can you say ‘clingy’? A man wants a strong and independent woman by his side and saying such words in a new relationship will make a man run in the opposite direction.”

What the writer is saying: I am terrified of commitment.

Suggestion: He really is terrified of commitment. But trust me, if you read the rest, you’ll know he does not want “a strong and independent woman by his side” either.

7. “I’m not your mother”
“Oh no you didn’t! Men love their mothers so saying anything bad about her will get you on his wrong side. So steer clear of the ‘m’ word.”

What the writer is saying: He  really, really wants you to be his mother.

Suggestion: Find a guy without an Oedipus complex.

8. “Nothing’s wrong”
“Who are you trying to fool? Of course something is wrong, just tell him instead of playing mind games.”

What the writer is saying: Being an emotionally-stunted human being, I have no idea how to react when I can tell something is obviously wrong.

Suggestion: Stop playing these “mind games” you silly woman! Drop obvious emotional queues and communicate with him in grunts and jabs, much like an orang-utan would!

9. “Your friend is so charming”
“Why are you looking at his friends like that? They are his friends and your relationship with them must just remain cordial.”

What the writer is saying: I am insanely jealous and insecure. If you make one platonic compliment about my friend, it must mean you want to sleep with him. In fact, you guys are probably sleeping together now, aren’t you?

Suggestion: Get as far, far away from this guy as possible. No really, I mean it.

10. “I paid for it, it’s my money”
“Yes, you earn more in the relationship and you buy most of the things in the house but why use that to make your man feel small? A relationship should be a partnership so discuss things with him, even small purchases, don’t make him feel like a useless rabaki.”

What the writer is saying: I am hopelessly insecure about the fact that, as a mediocre female, you earn more than me.

Suggestion: Take a tip from Beyoncé’s Irreplaceable, tell him to “walk and talk at the same time” out of your house, out of your life. And remember: “It’s my name that’s on that jag/ So go move your bags, let me call you a cab.”