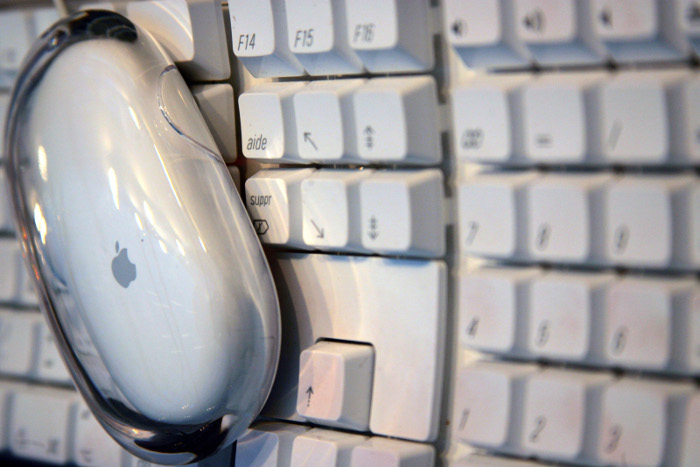 I’m often asked, usually by audience members when I give a talk or presentation, where I learned about running a small business, freelancing and/or self-promotion.

And my answer is typically an amalgam of:

* Experience.
* Over time.
* Through trial and error.
* By accident.

But there are people and events that shaped what my business eventually became. And, while I didn’t realise it at the time, I see it clearly now — eight years on.

So if you’re interested, here’s a taste (and possibly some helpful lessons for you) …

Back when I was still a print copywriter and editing trainer, and before I ever thought about writing copy for the web (this was 2005), I ran an editing course attended by, among others, a very clever entrepreneur who was also a sales trainer himself.

We got to talking and he invited me to attend a new course he was running, on writing for the web. He didn’t charge me; I was asked to be there and give feedback afterwards. There were lots of things I didn’t quite understand, but I remember these:

* He ran a professional show: great venue, nice food, good module, solid staff.
* He spoke well. He was confident, enthusiastic and a serious showman.
* He introduced me to SEO (search engine optimisation) and to the art of writing copy for the internet.

And so began a long relationship with my colleague Jacques de Villiers, a love affair with SEO and an eight-year career as a web copywriter and trainer. Without those courses (the one I ran and the one I went to), my whole life may have been different.

I’ve never been big into conferences. These days I find the speakers (even international ones) largely shoddy, the food largely crap and the content largely boring. But two events I attended in the early days have stayed with me.

One was the inaugural Flying Solo Unconference, partly organised by Jo Duxbury of www.freelancentral.com. Flying Solo has ceased to exist, but the event was fantastic. I remember this because I recently found my notes from the Unconference, and was shocked by how much of that advice I have implemented, to my benefit.

I also stepped out of my shell (I was shy in the early days) and spoke out a lot at that event. Which may have seeded the ground for a future in conference presenting.

The other was my first IABC Africa Conference. I spoke at this one, and was a blithering wreck. It was terrifying. But I also learned about schmoozing with strangers, the value of following up on conference conversations via email in the subsequent week, and — from one other speaker — how to give a truly shit-hot presentation.

Ros Jones, formerly regional chair for IABC Africa and now internal comms manager at Sun International, recruited me for that event and wows me whenever we meet.

Moral: Go to the right conferences. Research the speakers beforehand. And take your laptop with you in case some of them turn out to be crap, so you can still work.

Spending time with smart people, even if they’re not actually teaching you, even if you’re just watching them, can be a brilliant way to learn important stuff. Here are three of the critical things I learned from time spent around smart people:

* How to create a semi-loud persona that people remember.
* How to mentor and inspire young people, memorably.
* How to make yourself a thought leader in an industry.

Being cheeky, upfront and semi-loud can differentiate you, and make you memorable, in a room of boring. But only if you know your stuff. If you’re confident and it’s justified, you’re also likely to win and keep respect. (Don’t worry about being a “ball-breaker”. Ball-breakers rule the world.) Grace; Odette; Louise — I’m talkin’ to you here.

If you’re an industry veteran and you take the time to chat to a newbie, tell her what you do and give her heartfelt, frank, unselfish advice, you’ll stay in her memory for years, even after you become colleagues/friends. Jan; Jo — this is for you.

Moral: Offer cappuccinos and/or impressive lunches to people you’d like to meet and chat to. Or, if you’re shy, just watch them perform. And try to mimic the bits you can.

Yup, this is the mushy part. So feel free to skip it if you’re not into that sort of thing.

My mother is convinced I could be president if I wanted to. CONVINCED. She was devastated that I never used my honours degree in international relations to do so, moving into publishing instead.

But beyond her massive belief in me and what I’m capable of, my mother has given me priceless skills that come from her own strengths in almost all of the areas mentioned above. Personally and professionally:

* She’s a confident speaker and a really good writer. She also got me into reading.
* She demonstrates how to step out of one’s shell and schmooze with strangers.
* She has one of those semi-loud, cheeky, upfront personas. Everyone loves her.
* She’s a thought leader in her industry (corporate and private residential rentals).
* She taught me that I’m talented, clever and able to do absolutely anything I want.

Moral: Learn from your parents. Watch them work and engage. Try their way. Dump the stuff that doesn’t work for you or can’t become natural over time. Be a parent who enables and empowers your children, by telling them they are brilliant.

So, that’s it: the lessons I learned from 7 great women and 1 wonderful man. I was lucky. Who are your people? Who set you up for success or showed you how?