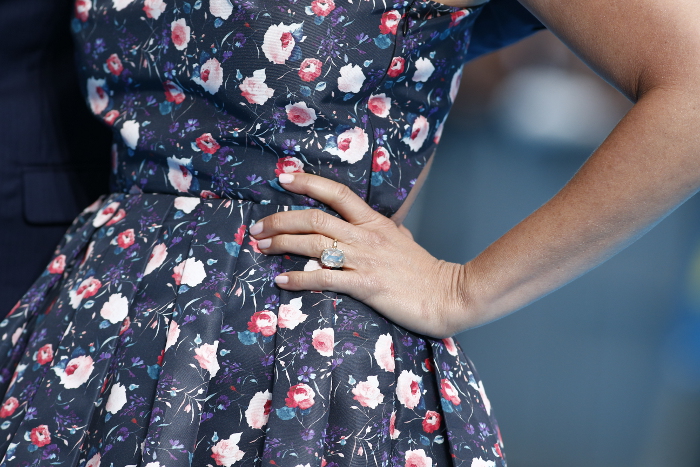 Most of us are adult enough to know magic doesn’t exist. And yet we’re the same species that thinks fat rings are fairy-tale items which somehow “secure” another person’s love, one step away from a “happily ever after”.

They’re expensive, useless and, worse, are insulting to notions of actual love. As anyone who’s been in a serious long-term relationship knows, you don’t need geology to proclaim (let alone justify) said love.

Before you take me for a cheapskate who just doesn’t want to spend the money on a ring, let me explain a bit more. Many of us, especially men, have strapped our feet to the commercialised notions of what constitutes relationships. We’ve turned into zombies, hungry for all things red and supposedly lovey dovey. We buy into the baffling displays of romance like the nauseating crimson heart-shaped horror show we call Valentine’s Day. Or the flowers and boxed chocolates we’re supposed to deliver on anniversaries to celebrate monogamous tolerance and the disbelief you haven’t murdered each other.

We speed through our finances and morals, enjoying the exhilaration of fitting in to societal expectation, as opposed to reflecting on whether our actions are warranted or justified. And our partners seem all too ready to go along with it.

Engagement rings – specifically expensive diamond ones – are often prime examples of this unthinking mindset. The problem isn’t the rings themselves, but the justifications – or the lack of justifications – behind their acquisition.

We mustn’t confuse engagement rings – given, usually to a woman, when a proposal is accepted – and wedding rings – given on wedding day. (Already, we should recognise how strange it is to need two different kinds of rings.)

Whatever the long history of engagement items – I’ve heard claims of it dating from ancient Egypt or Rome, for example – the focus on engagement rings should really start with De Beers, in the 20th century.

After large diamond mines were discovered here in South Africa around 1870, the mines’ major investors amalgamated their interests to form De Beers Consolidates Mines. They recognised that due to diamonds having little intrinsic value, they would need to create demand via (the illusion of) scarcity and pretend worth. So began one of the most successful marketing and public manipulation campaigns of the 20th century, originating from four words: “A diamond is forever“.

By convincing men their love for their future wife is directly proportional to the expense of the diamond ring, and convincing women to expect love in the form of shiny stone, De Beers and their marketers, NW Ayer, began a tradition so embedded we forget it’s a marketing ploy. Genius marketing, to be sure, but marketing nonetheless.

And guess what? The prices keep going up, as if we are really loving more and deeper these days. According to the XO Group Inc 2011 Engagement Engagement & Jewelry survey, the average engagement ring cost $5,200. If you think that’s bad, consider that nearly 12% of US couples spend more than $8,000 for an engagement ring. Of course, we should take such stats with some measure of scepticism, as Will Oremus highlights. Nonetheless, these are the prices at a time when the average American family earns less than it did in 1989.

The American bias of these stats shouldn’t negate the overall point: diamonds – and therefore diamond rings – are expensive and the demand was created artificially for an item that’s only property here is shininess (it decreases in value as soon as you walk out the store).

Any remotely logical person can see that spending several thousand on actually important items for a new couple like a place to live or putting money in an investment account will serve them far better in the future (and likely help with romantic and/or wedded bliss).

That engagement ring purchases tend to be for women – not by women – is also insulting to the cause of not viewing women as objects to be acquired. Consider that this is worthy of a headline in a respected US magazine at the beginning of this month: “Women Now Paying for Their Own Engagement Rings“.

Many people will say that engagement rings are symbolic of love and devotion. Ignoring that this idea is itself manufactured by the profiting businesses, it also gives an arbitrary definition of “symbol”: why can’t a beautiful home be a symbol? Why can’t long-term investments be a symbol? Indeed, would it not be more impressive to show off a house than a finger rock?

Tradition is another assertion when discussing almost anything to do with monogamy and marriage. But, like nature, tradition is a description not moral justification. Just because we’ve always done a particular action, doesn’t mean it’s always (or ever was) justified. Pointing to tradition means pointing to the mistreatment of different races and sexes, human sacrifices, and so on. Longevity, too, doesn’t give moral immunity, or automatic goodness, to anything.

Engagement rings aren’t even used to show one is married: they’re used before the wedding even occurs. Indeed, even helping avoid awkward social encounters isn’t aided, since there are other (and cheaper) ways of showing you’re “in a relatinship” (not to mention just telling people trying to hit on you).

If you need a ring to prove your love, it’s not your lack of a ring that’s the problem. – By Tauriq Moosa © Guardian News and Media 2013