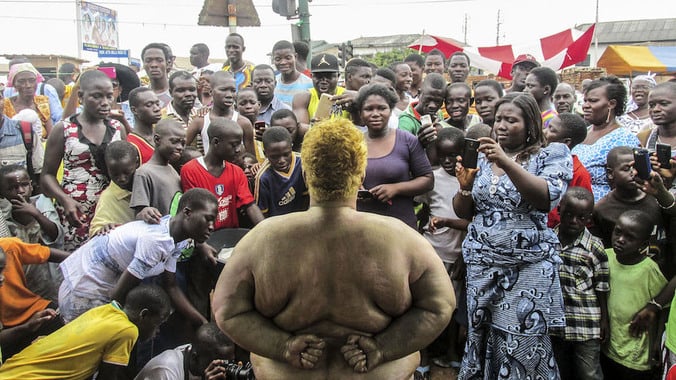 We all have this naked body under our clothes. It’s a basic variation on two broad themes and yet in so many ways it’s still the most radical thing there is: a real showstopper, and a taboo viewed more seriously than extreme acts of violence. Ask photojournalist-turned-artist Dean Hutton, whose exhibition The Cradle opened earlier this week.

When the 2008 xenophobic crisis in Johannesburg split the surface of society and spilled blood on the pavements, Hutton photographed it for newsdesks all over the world and became defined by these terrible and astonishing images.

“I shot for four to five days without a minute of sleep. I had a lot of post-traumatic stress after that,” says Hutton. “It forever changed my perception of the country. I don’t believe in patriotism. It’s just another fucking conceit about how to separate yourself from outsiders.”