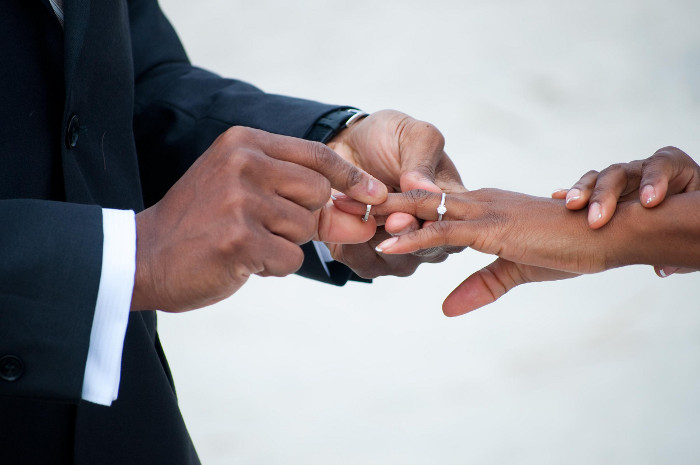 Do you ever wonder how much you’d “go for” when someone finally decides to “put a ring on it”?

Should your modern family get money, cars?

Surely your degree must count for something coupled with the fact that you have been doing squats for the last few months.

In case you were wondering (and also living in Nigeria) there is an app called Bride Price, which tells you your bride price or that of your friend/enemy.

You’re even offered a certificate in the end.

The app asks a number of questions including your height, weight, if you’re “half-caste” (political correctness is not the app’s strong point), if you have “tribal marks on your face”, if you have “sexy bow legs like Beyonce” and if you like clubbing.

If you’ve lived in the US your price shoots up and you get extra points for living in SA.

The app is controversial and, truth be told, some of the questions and prices given for “traits” are rather insulting. And much as the app is amusing it brings into focus the role “bride price” plays in our society today.

Bride price and lobola as a means of saying thank you
This year one of my nearest and dearest got married raising a number of questions about the institution, tradition and why we do the things we do when deciding to get hitched.

What does it mean for a “modern person” to uphold these traditions?

Do they have any place in our city, among the tall buildings, highways and high heels? What does lobola mean to us today when a girl can now grow up to be as “helpful” to her household as the boy child, financially?

A friend said bride price is a gift to the family, for raising an amazing child, but my question then is: “Why do we not give men husband a price? Was he not raised too?” Furthermore if we are paying to say thank you for the gift then the woman has essentially been “given away”.

The idea of a bride being “given away” for a price, who is thus “profitable”, speaks of a darker side to tradition. In urban areas, bride price and paying lobola is often a symbolic gesture and time to whip out the best whisky and invite the future in-laws over.

But quirky questions and good spirits aside, for some this is a serious matter. A female child is seen as another mouth to feed with no (overt) benefit. On the other hand having her married is a means of income.

A chief in Namibia called for lobola practices to be regulated because the traditional council said many community members were abusing the practice in order to make a quick profit. Chief Kikso Liswani III of the Masubia Traditional Authority said the court had received complaints of women being made to stay in abusive marriages because their families were unable to repay the high bride price. The chief said men shouldn’t think they own their wife or girlfriend.

Bride price in many communities across Africa has been linked to the abuse and commodification of women. And as with any commodity certain elements increase its value and one of these is female genital mutilation.

Parents marry off their daughters young because they will fetch a higher price, no matter the cost to them. Young girls are made to drop out of school to marry rich, older men who can pay the amount needed to marry them.

In a world where nearly anything can be bought and sold, women are still up for grabs.