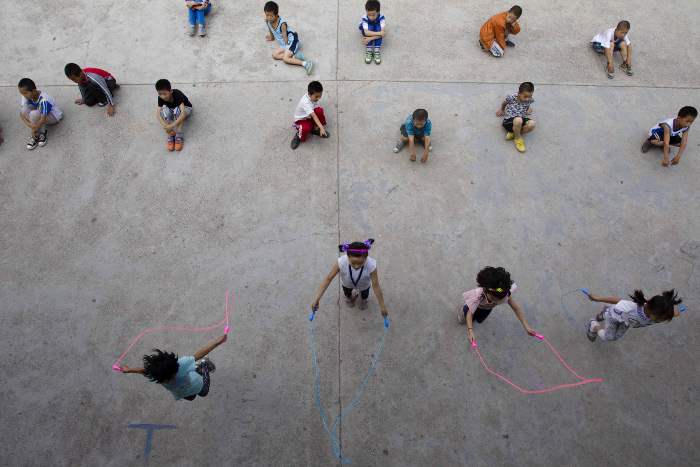 Perhaps because the alternative is too hideous to contemplate, we persuade ourselves that those who wield power know what they are doing. The belief in a guiding intelligence is hard to shake.

We know that our conditions of life are deteriorating. Most young people have little prospect of owning a home, or even of renting a decent one. Interesting jobs are sliced up, through digital Taylorism, into portions of meaningless drudgery. The natural world, whose wonders enhance our lives, and upon which our survival depends, is being rubbed out with horrible speed. Those to whom we look for guardianship, in government and among the economic elite, do not arrest this decline, they accelerate it.

The political system that delivers these outcomes is sustained by aspiration: the faith that if we try hard enough we could join the elite, even as living standards decline and social immobility becomes set almost in stone. But to what are we aspiring? A life that is better than our own, or worse?

Last week a note from an analyst at Barclays’ Global Power and Utilities group in New York was leaked. It addressed students about to begin a summer internship, and offered a glimpse of the toxic culture into which they are inducted.

“I wanted to introduce you to the 10 Power Commandments … For nine weeks you will live and die by these … We expect you to be the last ones to leave every night, no matter what … I recommend bringing a pillow to the office. It makes sleeping under your desk a lot more comfortable … the internship really is a nine-week commitment at the desk … an intern asked our staffer for a weekend off for a family reunion – he was told he could go. He was also asked to hand in his BlackBerry and pack up his desk … Play time is over and it’s time to buckle up.”

Play time is over, but did it ever begin? If these students have the kind of parents featured in the Financial Times last month, perhaps not. The article marked a new form of employment: the nursery consultant. These people, who charge from £290 an hour, must find a nursery that will put their clients’ toddlers on the right track to an elite university.

They spoke of parents who had already decided that their six-month-old son would go to Cambridge then Deutsche Bank, or whose two-year-old daughter “had a tutor for two afternoons a week (to keep on top of maths and literacy) as well as weekly phonics and reading classes, drama, piano, beginner French and swimming. They were considering adding Mandarin and Spanish. ‘The little girl was so exhausted and on edge she was terrified of opening her mouth.’”

In New York, playdate coaches charging $450 an hour train small children in the social skills that might help secure their admission to the most prestigious private schools. They are taught to hide traits that could suggest they’re on the autistic spectrum, which might reduce their chances of selection.

From infancy to employment, this is a life-denying, love-denying mindset, informed not by joy or contentment, but by an ambition that is both desperate and pointless, for it cannot compensate for what it displaces: childhood, family life, the joys of summer, meaningful and productive work, a sense of arrival, living in the moment. For the sake of this toxic culture, the economy is repurposed, the social contract is rewritten, the elite is released from tax, regulation and the other restraints imposed by democracy.

Where the elite goes, we are induced to follow. As if the assessment regimes were too lax in UK primary schools, last year the education secretary announced a new test for four-year-olds. A primary school in Cambridge has just taken the obvious next step: it is now streaming four-year-olds into classes according to perceived ability. The education and adoption bill, announced in the Queen’s speech, will turn the screw even tighter. Will this help children, or hurt them?

Who knows? Governments used to survey the prevalence of children’s mental health issues every five years, but this ended in 2004. Imagine publishing no figures since 2004 on, say, childhood cancer, and you begin to understand the extent to which successive governments have chosen to avoid this issue. If aspirational pressure is not enhancing our wellbeing but damaging it, those in power don’t want to know.

But there are hints. Mental health beds for children in England increased by 50% between 1999 and 2014, but still failed to meet demand. Children suffering mental health crises are being dumped in adult wards or even left in police cells because of the lack of provision (put yourself in their position and imagine the impact).

The number of children admitted to hospital because of self-harm has risen by 68% in 10 years, while the number of young patients with eating disorders has almost doubled in three years. Without good data, we don’t have a clear picture of what the causes might be, but it’s worth noting that in the past year, according to the charity YoungMinds, the number of children receiving counselling for exam stress has tripled.

An international survey of children’s wellbeing found that the UK, where such pressures are peculiarly intense, ranked 13th out of 15 countries for children’s life satisfaction, 13th for agreement with the statement “I like going to school”, 14th for children’s satisfaction with their bodies and 15th for self-confidence. So all that pressure and cramming and exhortation – that worked, didn’t it?

In the cause of self-advancement, we are urged to sacrifice our leisure, our pleasures and our time with partners and children, to climb over the bodies of our rivals and to set ourselves against the common interests of humankind. And then? We discover that we have achieved no greater satisfaction than that with which we began.

In 1653, Izaak Walton described in the Compleat Angler the fate of “poor-rich men”, who “spend all their time first in getting, and next in anxious care to keep it; men that are condemned to be rich, and then always busie or discontented”. Today this fate is confused with salvation.

Finish your homework, pass your exams, spend your twenties avoiding daylight, and you too could live like the elite. But who in their right mind would want to? – By George Monbiot