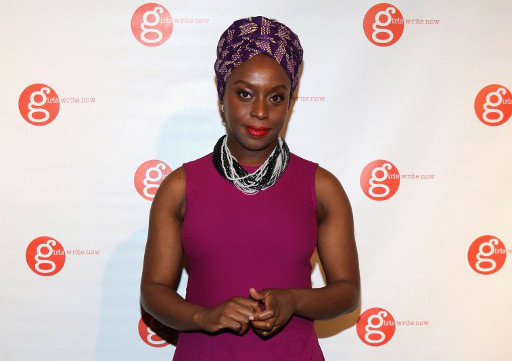 Pitted against nine other titles — from Zadie Smith’s On Beauty to Eimear McBride’s A Girl Is a Half-formed Thing — Chimamanda Ngozi Adichie’s novel of the Biafran war, Half of a Yellow Sun, has been named the best winner of the women’s prize for fiction of the last decade — by both the public and a 10-strong judging panel.

The award, now known as the Baileys women’s prize for fiction, chose to mark its 20th anniversary by asking the chairs of judges of the past 10 years — including Joanna Trollope, Shami Chakrabarti and Daisy Goodwin — to pick their “best of the best” winner from the last decade. Andrea Levy’s Small Island, which won the award in 2004, had previously been named the “best of the best” novel in the prize’s first decade.

Adichie’s Half of a Yellow Sun, in which three lives are engulfed by the war in 1960s Nigeria, was named on Tuesday evening as the judges’ choice, ahead of titles including Ali Smith’s How to Be Both, Téa Obreht’s The Tiger’s Wife, and Marilynne Robinson’s Home.

Author and journalist Muriel Gray, who chaired the judging panel in 2007 when Adichie won the award at the age of just 29, said that “while it’s sometimes pompous to call a book ‘important’, it’s appropriate to say it of Half of a Yellow Sun”.

“For an author, so young at the time of writing, to have been able to tell a tale of such enormous scale in terms of human suffering and the consequences of hatred and division, whilst also gripping the reader with wholly convincing characters and spellbinding plot, is an astonishing feat,” said Gray.

“Chimamanda’s achievement makes Half of a Yellow Sun not just a worthy winner of this most special of prizes, but a benchmark for excellence in fiction writing.”

Adichie was also voted winner of the “best of the best” accolade by members of the public, following a fortnight of programming on Woman’s Hour in which each chair of judges was interviewed about the novel they had championed.

“This is a prize I have a lot of respect and admiration for — over the years it’s brought wonderful literature to a wide readership that might not have found many of the books,” said the novelist. “I feel I am in very good company. To be selected as ‘Best of the Best’ of the past decade is such an honour. I’m very grateful and very happy.”