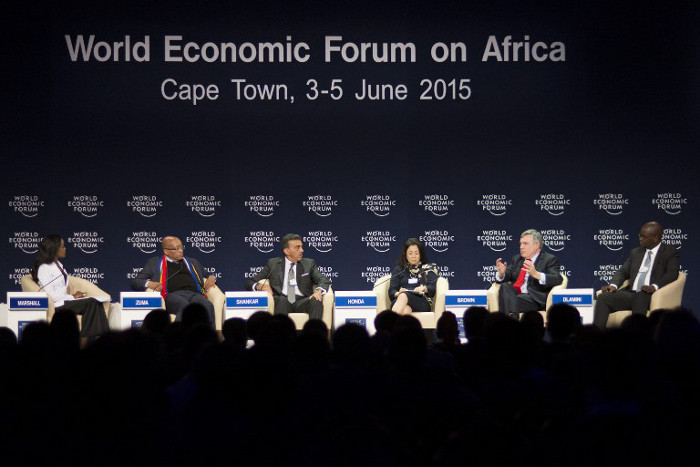 Women make up just 14% of the boards of major African companies and urgent action is needed to close the gender gap, according to the African Development Bank (AfDB).

“To break the glass ceiling in Africa, we urgently need to bring women on corporate boards, which we can do by fast-tracking them through middle and senior management in the private sector,” said Geraldine Fraser-Moleketi, the bank’s special envoy on gender. “We need to think and act differently and invest markedly in women’s leadership.”

The first study of female board membership in Africa was launched by the AfDB during this week’s World Economic Forum on Africa in Cape Town, South Africa.

The companies with the highest percentage of women on boards are East Africa Breweries of Kenya (45.5%), followed by two South African firms, Impala Platinum Holdings (38.5%) and Woolworths Holdings (30.8%).

To increase female representation, the AfDB recommends that publicly listed companies should be forced to say how many women are in senior positions and quotas should be introduced. It adds that women should be speedily promoted though middle and senior management, and calls for greater investment in women’s leadership.

The report, titled Where are the Women? Inclusive Boardrooms in Africa’s Top-Listed Companies, revealed the best performing sectors for gender parity are the financial services, basic materials and construction, and automotive industries.

But there is “a distance to go to make sure [Africa’s] strong economic growth includes its most talented women at the top,” the report says.

The AfDB said it has a five-year gender strategy focusing on economic empowerment, knowledge management and capacity building, and legal status and property rights. It recently unveiled its first gender equality index for Africa with praise for Rwanda, which has 64% female representation in public service, including parliament – the highest proportion in the world.

At an event titled Africa Rising, Women Leading hosted by Merrill Lynch in South Africa earlier this year, Kenyan internet entrepreneur and commentator Ory Okolloh told delegates: “Open up your mind to what you can do … being very secure with the fact I have a lot to give in a spectrum of things.

“Men do that without any issue at all. Men wake up and their starting position is, ‘I’m awesome’. I think starting from a position of confidence is one of the most important things I’ve learned. We talk ourselves out of a lot of things whereas male colleagues talk themselves into things.”

Bola Adesola , the managing director of Standard Chartered Bank in Nigeria, said data shows that organisations led by women are more profitable and options such as maternity leave improve productivity. “Many more of us should be sending the elevator back down,” he added. “Someone sent the elevator down for me.” – By David Smith