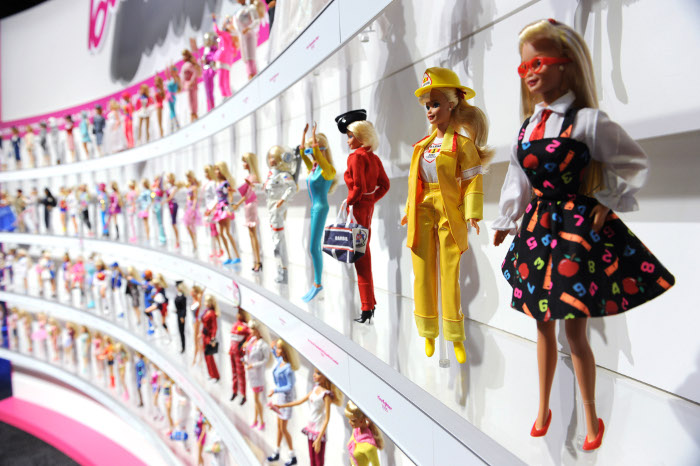 What characteristics define an entrepreneur? Is it drive and ambition, or a knack for product innovation and problem solving? What about a maverick approach to business? Or conversely a thorough distrust of authority that means you just can’t bring yourself to work 9-5 for a boss.

And how can you spot an entrepreneur? If you are start-up spotting in Johannesburg (and applying clichés), you might be on the lookout for black-rimmed specs peeking out from behind a MacBook in a coffee shop at 11am on a Tuesday. If the American 90s formula applies, they’d be “techpreneurs” with no biceps and severe carpal tunnel syndrome, working out of a garage and wearing slogan Tees.

Well if you are icon toy-manufacturer Mattel designing the latest incarnation of your iconic doll, apparently all it takes to be an entrepreneur is a preppy panel dress (hot pink, naturally), a briefcase and a tablet PC. Yup, Mattel just launched Executive Assistant Office Coordinator Entrepreneur Barbie. What type of business does she run? No idea, but look high-heels and gadgets!

Calm down, Kate, surely this is aspirational for little girls? Mattel certainly thinks so, nicknaming her Chief Inspiration Officer. At least she’s not the epically ill-considered Happy Family Pregnant Midge or — gasp — the African-American Barbie with the least politically correct moniker possible, Oreo Barbie … So what’s the problem?

Confession time: I am not anti-dolls or Barbie on principle. It’s terribly uncool these days to have been “into Barbies” as a young girl, and the feminazis* make you hand in your man-hater badge* if you don’t boycott Mattel on principle. But, truthfully, as a little girl and pre-teen I loved my Barbies. I had hand-me-down ones from my cousins and a new one or two (Ultra-hair Barbs for the win!). I had an amputee Barbie who lost her lower left leg in an unprovoked dachshund mauling and was forced to limp along on a koki-pen lid for all eternity. I also had a few Skippers (Honestly, who names these women?!) and one very popular Ken. They had wildly complicated lives, several careers each and they kept me entertained on long car trips and after school (Yes, I’m a laat-lammetjie. How did you guess?). When I wasn’t reading, I was “playing Barbies”.

So … I think dolls — like any toys — can be wonderful instruments of imagination, but the aisles of Toys R Us are very different today. Granted, there wasn’t loads more variety in the strictly-girls-toys category in the 80s and 90s; Sindy hardly represented an alternative paradigm. But we know better now, yes? Nope. Plus, little girls weren’t as bombarded by pink and “girls toys” as they are now. The pink is everywhere! The fixed grins and make-up have even made their way onto Lego, because girls won’t want to build stuff that isn’t sparkly and pastel, right? Even better if the glittering mermaid castle comes fully formed so girls don’t have to worry their small girl-brains about actually building at all!

And the toys aren’t just uniformly pink and purple. They’ve been recast, remodelled and redesigned — thinner, more feminised and sexier. What any little girl needs with a sexier My Little Pony or Cabbage Patch doll is simply beyond me!

It is into this — forgive me — playing field that Mattel have introduced Secretary Entrepreneur Barbie, complete with ponytail and jewelled necklace. It is just so predictable I can’t bear it. I guess I had hoped for more from a childhood favourite two decades on. Especially given the vocal criticism of Barbie’s body shape and representation of women in recent years. Entrepreneur might be a promotion for the ol’ gal who has only been a salaried employee till now, but honestly it seems like a step backwards even from 2010’s Computer Engineer Barbie — despite her pink laptop and iPhone.

*No, Twitter-misogynists, this is not a thing. Calm yourselves!