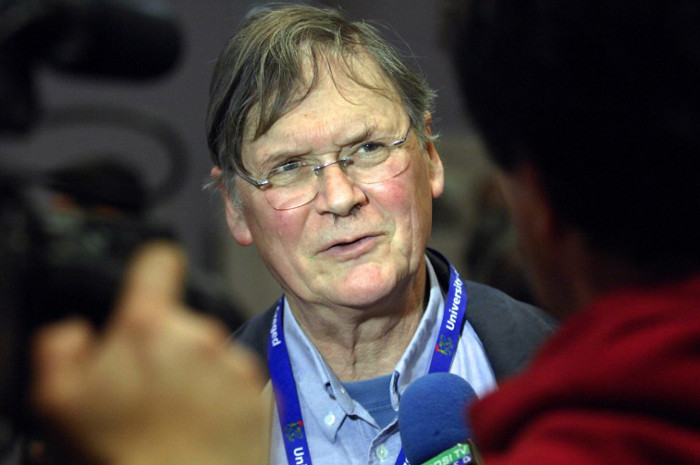 British Nobel Prize-winning scientist Tim Hunt has resigned from his post at University College London over controversial comments he made about female scientists.

Hunt has apologised for causing offence after his suggestion Tuesday that female scientists could not take criticism without crying and that relationships between men and women in the laboratory disrupted work.

The 72-year-old said his comments, made at a lunch for women attending the World Conference of Science Journalists in South Korea, were intended to be light-hearted but also “honest”.

University College London said in a statement that Hunt had resigned from his position as honorary professor with the UCL Faculty of Life Sciences following the remarks.

“UCL was the first university in England to admit women students on equal terms to men, and the university believes that this outcome is compatible with our commitment to gender equality,” it said.

Hunt, who shared the 2001 Nobel Prize in Physiology or Medicine for the discovery of protein molecules that control the division of cells, holds other posts.

“Let me tell you about my trouble with girls,” he was reported as saying in South Korea.

The 72-year-old also called himself a “chauvinist pig”.

Speaking to BBC radio on Wednesday, he admitted making the comments but added: “I’m really sorry that I said what I said. It was a very stupid thing to do.

“What was intended as a sort of light-hearted, ironic comment was apparently interpreted deadly seriously.

“It’s terribly important that you can criticise people’s ideas without criticising them and if they burst into tears it means that you tend to hold back from getting at the absolute truth.

“Anything that gets in the way of that diminishes, in my experience, the science.”