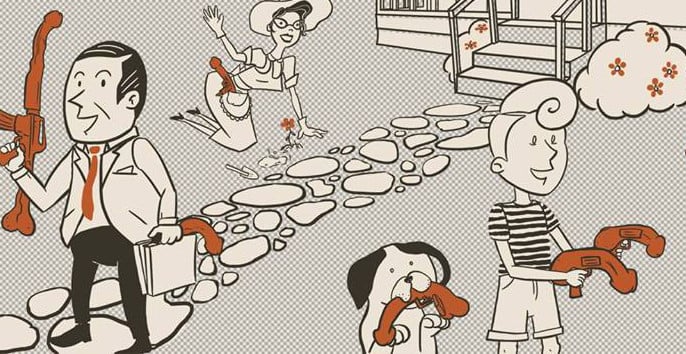 Since Jin formed the idea for the protest on Friday, the day of a campus shooting at Texas Southern University, the movement has grown. More than 7 000 people have pledged to participate.

Gary Susswein, spokesman for the University of Texas at Austin, said in an email to the Guardian: “Students are free to express themselves peacefully on all issues and this appears to be an example of protected political speech.

“We ask that all conversations around this issue always remain civil and urge students to be part of the ongoing discussion about how to implement the campus carry law at UT Austin.”

Susswein said the university was gathering input on the campus carry legislation through public forums and an online survey, in order to implement the regulations safely.

However, he added, the law stipulates that the university may not enact rules and regulations that either “generally prohibit” or “have the effect of generally prohibiting” license holders from carrying concealed weapons on campus.

The law will allow holders of concealed-handgun licenses, who must be over 21, to carry their weapons on campus. It will permit private universities to opt out entirely; public universities will have limited discretion to declare parts of their campuses gun-free zones.

Daniel Hamermesh, a professor emeritus of economics at the university, said on Thursday he would quit because of the safety risks posed by the new law.

More than 380 academics have signed a petition saying they will refuse guns in their classrooms, while the police and Chancellor William McRaven a former navy admiral who planned the raid that killed Osama bin Laden, have said the law will make colleges less safe.

Despite the thousands who plan to participate in the “strap-in”, Jin has received significant negative feedback, including death threats posted to the event’s Facebook page.

“It should look ridiculous to you,” she said. “That’s the point. This is America. If guns and bloodshed don’t wake people up, a public celebration of sexuality may just do the trick.