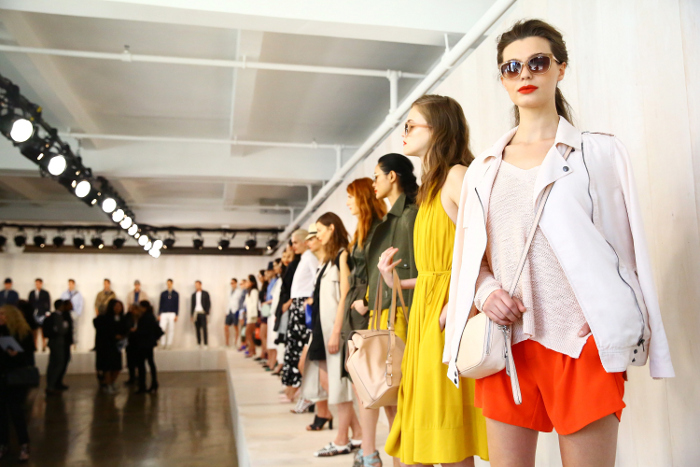 I once wrote an advert in which Neanderthal women throw a party after discovering stilettos. I’ve sat in meetings where I’ve agreed that the actress is too old for a yoghurt advert. I’ve briefed retouchers to make thighs skinnier and jowls disappear. I’ve chosen men to do voiceovers on adverts because they seem more generically “human” than a woman. I’ve cast hot women to be married to remarkably ordinary men, but never the other way round.

I call myself a feminist. But I am a complete contradiction.

Every day I become more aware of the ridiculous inequalities I’ve perpetuated. In the past (I can’t believe I’m admitting this) I’ve agreed we shouldn’t cast a woman as a boss/dentist/doctor as it makes you think about the character too much. What was I thinking? That a woman being anything other than a beautiful prop will confuse people?

Working in advertising means I do things that compromise my feminist ideals every day. I guess this also means that I have to ask myself: can I come out fighting for equality when I’m part of the problem? Annie Lennox would say no. But what if the best place to change things is from the inside?

Last year Elle magazine came to the agency I was working at and asked us to rebrand feminism .

Previously I’d not really engaged with the word. But the brief made me look at lots of things I’d just accepted without question: the lack of female bosses (I’d had one wonderful female creative director – one!); the funny roles I’d written just for men; the fact that I dressed like a man for important meetings for fear that a skirt would lose me some credibility.

It wasn’t lost on the group, which consisted of men and women, young and old, that a fashion magazine and an advertising agency coming together to rebrand a complex political and social ideology might feel slightly disingenuous. But every single person in that room, men included, described themselves as a feminist. If you look hard at the opportunity, a magazine with a huge audience and an agency whose core skill is behaviour change, you have a potent mix that could make a real world difference.

I think we’re getting there. Following Elle’s Make Them Pay campaign , the equalities minister sided with us and David Cameron made a statement in the commons about equal pay: a statement that looked to change an actual law of the country. Who says women’s magazines are useless?

Being a feminist and believing in gender equality should be the default. The word is now being widely adopted and, thankfully, in just a year, Elle’s original brief to rebrand feminism feels outdated.

The smart women of Elle had another brief. They want to get men identifying as feminists. Just as Emma Watson highlighted with HeForShe , gender stereotypes don’t just affect girls. Feminism is about equality, which affects everyone, not just men or women. The pay gap prevents men from being stay-at-home fathers just as much as it forces women to stay at home with the children.

So we invented #mydadthefeminist . My Dad was the first person to point out to me how sexist fairytales and traditional wedding ceremonies are. He sewed and cooked while my Mum went to the tip. Jobs and responsibilities were never divided by gender in our family.

Getting women thinking about their dads, and getting men (especially new fathers) thinking about their daughters through the lens of feminism, will hopefully make people realise that feminism is not just a female issue. Men and women live in the same world and equality will only happen when everybody wants it.

We wanted to create a campaign that opened up the word to men and to different generations. For some, identifying as a feminist can feel divisive. But it’s different, and perhaps easier, to celebrate a family member or friend as one. A friend described the campaign as “nice”, (usually a bland, grey term) but in this case it’s right. There are different ways of provoking debate around feminism, some more forceful than others. For this campaign, however, we wanted to gently get people thinking about equality across genders.

When I’m next casting for the part of a chief executive, I will think of what #mydadthefeminist would say, and how he would scoff if I unthinkingly went for a man.

Image – Models pose during the TRESemme at Banana Republic ’15 Presentation at Milk Studios on November 10, 2014 in New York City. (AFP)