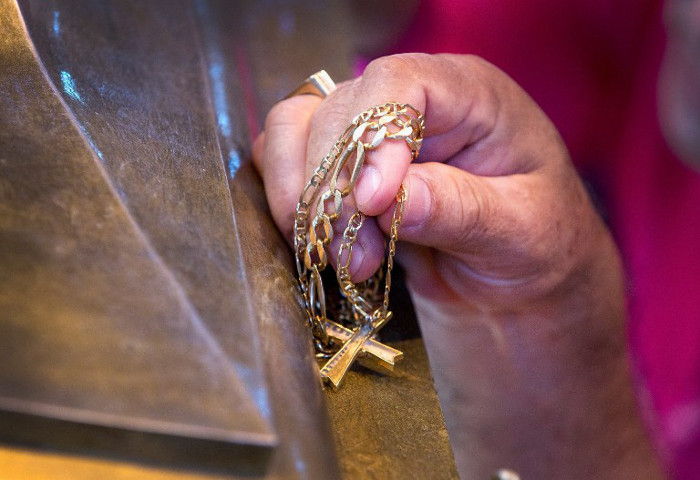 His alleged victims were humiliated, abused, raped and kept quiet. They were supposed to be able to trust him.

Monsignor Francis McCaa spent nearly 40 years in the ministry, and for 25 of them, he was a serial abuser of young boys in his care, some as young as eight years old, according to a scathing report by a Pennsylvania state investigative grand jury.

“Father Francis McCaa was a monster,” the grand jury found on Tuesday, after investigating the sexual misconduct of dozens of clergy in the Altoona–Johnstown, Pennsylvania, Catholic Church diocese. The report was largely spurred by the discovery of a secret diocesan archive detailing administrative action around sex abuse, uncovered in August on a search warrant.

“Father McCaa sexually offended on [altar boys] in almost every interaction which would permit physical contact,” the jurors reported. Victims testified that McCaa potentially groped and fondled the genitals and anus of “hundreds” of children during his time as a parish priest, leaving a viscous trail of trauma in his wake. Some reported damage to their sexuality and trouble with keeping personal relationships. At least one of McCaa’s victims killed themselves. “McCaa was as deadly a predator as any child molester can be,” the jury concluded.

And when boys did have the courage to come forward, they were ignored both by the religious and secular authorities who should have been expected to intervene, the grand jury found. Bishop James Hogan knew that McCaa had engaged in sex acts with multiple altar boys by 1985, the report alleges, adding: “Hogan enabled it.”

McCaa, who passed away in 2007, is just one of more than three dozen clergymen cited in the jury’s report, all accused of similarly heinous behaviour in the same blistering language. All are alleged to have used their unique positions of authority as moral teachers to guilt and shame their victims into compliance and silence. For example, an unnamed female victim reported that Monsignor Thomas Mabon told her after he assaulted her: “If you tell, everyone would believe you instigated it and that’s your fault.”

Despite its outrage, the grand jury did not issue or recommend anyone be charged with a crime, noting that in nearly all cases, the perpetrator had already died, or the statute of limitations had been reached. In Pennsylvania, sex crimes against a minor can be prosecuted until the alleged victim turns 50 years old.

As graphic and disturbing as the individual narratives of each respective clergyman are, some of the jury’s strongest critique is reserved for the powerful men, like Hogan, who was found to have ignored and in some cases, covered up egregious allegations. Hogan became bishop of the diocese in 1966, a position he held until his death in 1986.

“Children were molested in staggering numbers on Hogan’s watch,” the report reads. Like in the case of McCaa, when Hogan became aware of allegations against Father Francis Luddy, he chose to do nothing, even testifying that he “saw no moral obligation to refer that to the police,” during a 1988 deposition for a civil case filed by one of Luddy’s victims. Luddy is accused of having “molested, groped, masturbated, sodomised and performed oral sex on at least 10 children between the ages of 10 and 17”, according to the report. Luddy could not be reached for comment, as his publicly listed numbers had been disconnected.

Also implicated in the Luddy case is Bishop Joseph Adamec, Hogan’s successor. In one of the secret files provided to the grand jury, it was revealed that Adamec created a pay-out chart to guide the diocese “in the payment of claims and in the purchase of silence”.

The chart details four levels, from “above clothing, genital fondling” to “Sodomy; Intercourse” with a payment schedule ranging from $10 000 to $175 000. Adamec, who retired in 2011, did not return a request for comment.

“Those men wrote their legacy in the tears of children,” the report says of Hogan and Adamec.

The claims mirror the broad revelation about systemic child sex abuse that rocked the church in the early 2000s. After a 2002 Boston Globe exposé, it was discovered that fully 95% of dioceses in the US were affected by child sex scandals, and a John Jay College of Criminal Justice report discovered more than 11 000 allegations made between 1950 and 2002. Similar to the findings in Altoona–Johnstown, priests nationwide were regularly ignored, transferred, or sent for “treatment” rather than defrocked and prosecuted when allegations came to light.

“This is a painful and difficult time in our Diocesan Church,” said the Most Rev Mark Bartchak, current Bishop of the Diocese of Altoona-Johnstown in a statement late Tuesday. “I deeply regret any harm that has come to children, and I urge the faithful to join me in praying for all victims of abuse.” Bartchak’s office said it was reviewing the specific claims issued in the report.

While it did not point any specific blame at Bartchak or the current leadership of the diocese, the jury also expressed concern that its efforts to purge predators from its ministry “is taking too long”, and that there are “certainly signs that the institution could revert to the protection of image over truth”.

The grand jury also aimed sharp focus on the Dioceses’ Allegation Review Board, convened to investigate sexual assault claims which it said typically “acted more as an investigator against the victim than an advocate for the claim or the abused”, and called one case, where the “victim advocate” routinely assailed credibility of the complainant “an example of the fraud that is the Allegation Review Board”.

In its recommendations, the grand jury suggested abolishing both the civil and criminal statutes of limitations for sex crimes against minors. “The victims of child sexual abuse never escape their victimisation; it is inequitable and unjust to allow their victimisers to escape accountability,” jurors said. – By Jamiles Lartey.