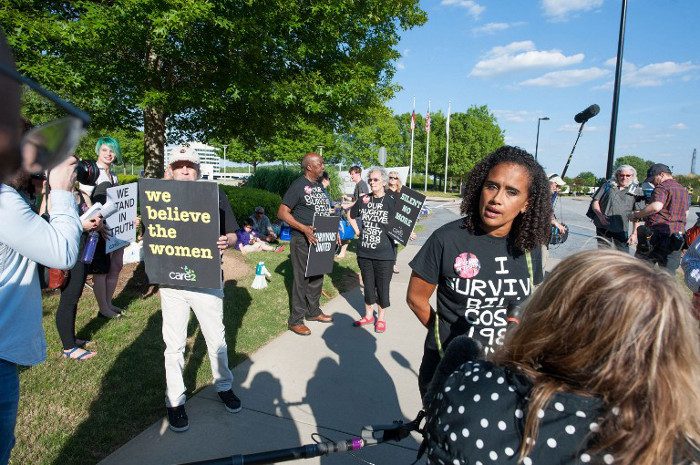 Embattled US comedian Bill Cosby admitted having supplied powerful sedatives to at least one woman in order to have sex with her, court documents unsealed on Monday showed.

Cosby admitted that in 1976 he had supplied Quaaludes — a strong depressant widely used in the 1960s and 1970s, but which has been discontinued in the United States — to a woman who later accused him of sexual assault.

The disgraced television icon, who is accused of sex abuse by some 30 women spanning four decades, made the admission in a deposition in 2005.

The 77-year-old actor was questioned by Dolores Troiani, a lawyer for Andrea Constand, a former women’s basketball director at Philadelphia’s Temple University where Cosby studied and was, until recently, a member of the board of trustees.

Constand later took a civil case against Cosby, but the case was dropped by the court due to insufficient evidence.

Cosby’s lawyers had long sought to block publication of the court transcripts, but they were released Monday on the PACER public court records website.

The comedian’s attorneys had argued that his right to privacy meant the records should be kept sealed.

US District Court Judge Eduardo Robreno rejected that argument in a memo on Monday, highlighting “the stark contrast between Bill Cosby, the public moralist and Bill Cosby, the subject of serious allegations concerning improper (and perhaps criminal) conduct.”

Robreno added that the public has “a significant interest” in the deposition.

His “moralist” remark was a reference to Cosby’s frequent pronouncements on parenting and good behaviour, piggybacking on his role as one of America’s most famous TV dads in The Cosby Show.

The family sitcom was a huge hit in the 1980s and 1990s, making the actor a household name in the US and around the world.

Before fronting The Cosby Show, Cosby was already famous as a stand-up comedian and as one of the few black actors at the time to land lead roles, including in the hit secret-agent TV series I Spy.

But from one of America’s best-loved celebrities Cosby has gone to one of its most reviled.

The entertainer was forced to resigned from the board of Temple University, his alma mater, last December, as sexual abuse allegations against him mounted.

He has also cancelled several planned comedy engagements and a Cosby television special that was planned for late last year was scuttled.

In an exchange between Cosby and Troiani documented in the court transcript made public on Monday, the comic admitted having obtained seven prescriptions for Quaaludes.

“You gave them to other people?” asked the attorney.

Troiani then asked him: “When you got the Quaaludes, was it in your mind that you were going to use these Quaaludes for young women that you wanted to have sex with?”

“Yes,” replied Cosby, although later he said he had misunderstood the question.

Later in the deposition, Cosby said: “I meet Ms (T, whose name was redacted to preserve her anonymity) in Las Vegas. She meets me back stage. I give her Quaaludes,” he said. “We then have sex.”

Image – Kaya Thompson gathers with protestors outside of Bill Cosby’s “Far from Finished” Tour at Cobb Energy Performing Arts Center on May 2, 2015 in Atlanta, Georgia. (AFP)