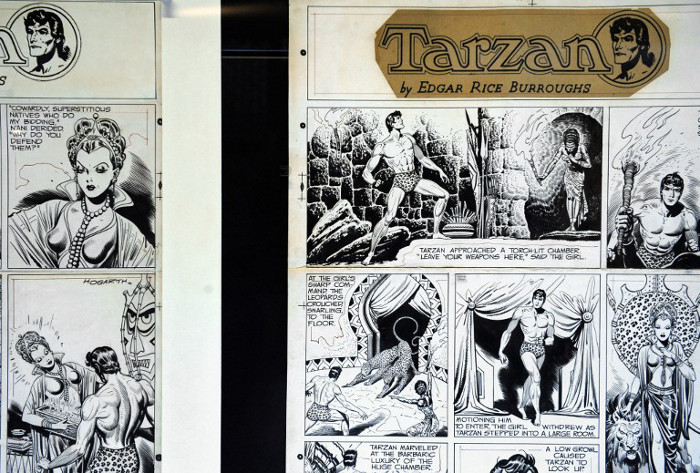 In a simpler time one could argue that being a man was tied to ideas of beer-drinking, bar-brawling, bedding women, providing for a family and other identity markers that could be put in the category of “man things”.

I have heterosexual friends who love a good cocktail, sometimes even a pink one. I know older gentlemen from my father’s generation who have taken to drinking light beer because “swimsuit season really is all year round”. I know “guys guys” who have no interest in what is happening in the Premier League. I also know men who prefer to not be part of the slaughtering and braaing process and would rather sit to the side “debating issues” (also: gossiping).

Wearing a pink shirt is a way of showing you’re in touch with your softer side and the clothing of choice for men who can bench press 180. “Body dissatisfaction” is rising among men, eating disorders as well as increased sexual and cultural pressure to be perfect. Couple this with the fact that the number of male beauty products increased by 70% between 2012 and 2014, male skincare alone is a $3.3 billion industry.

As I said, things are different.

In light of all these changes what does it then mean to be a man? What is it that gets your membership renewed every year?

A friend of mine described it as a mixture of fear and being defined by his penis and “dick game”. He said he saw himself only as manly and good as the hottest girl he’d been with. This was supplemented with the idea of how well he’d managed to (hopefully) please this woman.

This led to a further conversation of what men face today and might rattle their idea of what it means to express their masculinity.

Number one — Economically independent women: I personally can attest to how men are taken aback by the idea that you do not want or need what they have to offer you financially. I cannot explain the pure syrupy goodness that comes with uttering the words “I can buy my own drink, thank you very much creep-o” or “no thanks, I drove myself here”.

This leads to the tricky piece of terrain of “being a provider”. This is especially acute to someone who possibly earns more than you. This is a reality for many men. You work hard, she works hard. You earn X she earns X+1, are you still expected to foot all the bills and is it a case of her money is her money and my money is ours?

Number two — Bi-curiosity: Men do not want to admit it but the thought of their lady love being with another woman both excites and terrifies them. We live in a world where that could be a very real possibility, I mean who isn’t watching Orange Is the New Black? When it begins to escape the realm of fantasy and your lover starts getting overly close with the cool girl with the waist coat and funky haircut, one cannot help but wonder.

Number three — Bad marketing: Men now, more than ever, are being called out on their rubbish. Even the president of the United States blocked the Meninist twitter account. No longer are you just a player there are actually people out there calling you a “disease-ridden dog” (true story, saw this happen to one man). One is no longer a stud or a Casanova, you’re an emotionally stunted man child with bad lines and bad sexual moves. The ladies (and gentlemen) are talking and it’s not always pretty.

Number four — Have to be good in bed: Men have to be genuinely good in bed. Various sites such as My Tiny Secrets, Adventures from the Bedrooms of African women and HOLAA! are discussing everything from nipple orgasms to sexing while feminist to giving head. Information has made it so that women are increasingly sexually aware and looking for “insta-orgasms”.

These things (among others) are all things men have to deal with. They also have to contend with older folk telling them about the good old days when women couldn’t drive, vote or breathe too loudly in corridors and thus it was easy to distinguish yourself from the other sex.

Now the lines are slightly blurred and it’s getting harder to define what it is “to be a man’”. No longer can you get club membership by liking sport or drinking beer.

Gendered roles simply do not fit anymore. We’re moving out of the “Me Tarzan, you Jane” dynamic and it’s best you embrace rather than fight it.