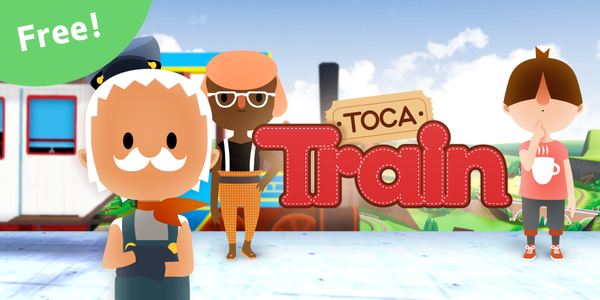 A growing number of children’s app makers are upping their efforts to ensure their products do a better job of reflecting the diversity of their young audiences.

This was the verdict of a discussion at the Developing Apps For Kids conference in San Francisco, where moderator Raul Gutierrez of developer Tinybop admitted that his industry has more work to do on diversity.

“Gender depictions tend to be very stereotyped and depictions of race and socioeconomic difference are very rare in many apps,” said Gutierrez, whose company’s apps include Homes, The Robot Factory and Simple Machines.

‘Bias turns up anyway, whether you want it to or not’
One of the leading children’s apps firms is Toca Boca, whose chief executive Björn Jeffery talked candidly about the company’s failings, as well as its efforts to do better.

“We have been taking a particular stand on gender-neutrality: all our apps have intentionally been designed to be unisex,” said Jeffery. “I don’t think we do terribly, but I think we could do a lot better. We are getting gradually to that point as well.”

Jeffery said that Toca Boca had taken the step of hiring a “third-party expert” to audit its apps for diversity, and produce a checklist for the company to use for new products.

“We had diversity as a very live issue, and something we took pride in and discussed internally. But we gradually realised that bias turns up anyway, whether you want it to or not, and with the best intentions you can fall into a lot of pitfalls,” he said.

As an example, he gave Toca Robot Lab, a robot-building app that was released in 2011: a “classically boy-skewing theme of building robots” that the auditor suggested played to those stereotypes with its colour scheme and art-style of “rusty old things that you might find in a garage, as opposed to everyday things you might find at home”.

Toca Boca redesigned the game’s visuals and added in more of the latter kind of objects. “It opened it up and made it much more inclusive than it was from the beginning,” said Jeffery, who cited his company’s Toca Hair Salon range of apps as much more successful in bucking gender stereotypes.

The apps get children to play virtual hairdresser to a collection of characters. “Something that would traditionally skew very much towards girls, but we intentionally did not go for princesses and pink, which was the obvious fit that would sell,” said Jeffery.

“I would guess that Toca Hair Salon 2 outsells Disney Princesses by 10 times at least. I would argue that it’s probably one of the most successful kid-apps ever, and it looks really weird! It looks super-strange, and we have loads of boys having fun with this, as well as girls.”

‘Girls are capable of being more than just a princess’
Also on the panel was Debbie Sterling, chief executive of GoldieBlox, which makes STEM (science, technology, engineering and maths) focused toys and apps for girls.

“We’ve been trying to break down gender stereotypes, and teach girls from a young age – and boys too – that girls are capable of being more than just a princess or pop star,” she said, suggesting that STEM-related characters in many forms of children’s entertainment – apps included – tend to portray maths and science ability as somehow innate.

“Many girls think ‘I’m not a born genius, so I’m going to give up. I’m not even going to try, I’m just stupid’. That’s part of the reason that led to our development of Goldie Blox the character as not being a genius,” said Sterling.

She added that STEM-related TV shows often focus on “boy genius” characters, and that even when a girl plays a central role “she’s the nerdy girl genius … it’s hard to relate to that if you think you’re just a girl who wasn’t born with it”.

Sterling warned that children’s app developers can often fall into stereotypical traps, even if they test products with girls while they’re in development.

“It would be easy for us to do a baking thing, but that’s not what we’re about. That’s not what we stand for. Even though those stereotypical themes are popular right now, actually girls are more multifaceted than that. They like many things.”

‘We think about any child putting themselves into that story’
Abby Jenkins, senior director of content at PBS Kids Digital, was also on the panel. She talked about TV show Odd Squad and its digital offshoots.

“We want to make sure that kids, for all of our shows, see themselves reflected in these properties. We have cast this diverse group of kids, and we’ve got girls doing math and guys doing math,” said Jenkins.

“Thinking about STEM specifically, there just weren’t a lot of spaces where you saw girls or different kinds of people doing math. But in the digital space, we think about any child putting themselves into that story, so we let kids create their own avatars.”

Jenkins said that just as PBS looks for diversity in the writers, animators and producers that work on its TV shows, so it looks for the same in app developers. “If you don’t have the right people writing for the kind of characters that you want to have, you’ll find situations where it’s just not correct or accurate,” she said.

Fellow panellist Amber Levinson, of Stanford Graduate School of Education and The Joan Ganz Cooney Center, agreed that the diversity of the teams creating apps is important, as is the diversity of the children and parents they work with to test those apps while they are in development.

Levinson expressed frustration at the lack of research around apps and diversity for developers to draw on, but pointed to relevant studies on books, suggesting children learn to read better if there are characters they identify with. “It makes all the sense in the world that would apply to materials such as apps,” she said.

Levinson’s own research has focused on Hispanic/Latino immigrant families in the US, and she suggested children’s app developers think about diversity of language, as well as race and gender – especially for families where the children’s English-language skills may outstrip their parents’.

“There’s a real opportunity to engage the parents by offering environments that are welcoming to them and available in their language” she said.

‘It is literally impossible to please everybody’
Sterling admitted that GoldieBlox has faced criticism about diversity due to Goldie, its first character, being white and blonde. “That wasn’t something I thought about very much: her name was Goldie, so we’d give her blonde hair,” she said.

“Now we’ve brought in an ethnically diverse group of friends, but she’s still the main character, and the one on the app icon. Sometimes I wish we’d done this differently, but she is who she is.”

She suggested that even when app developers are thinking about diversity, they are still likely to face criticism – and sometimes from unexpected sources.

“What’s challenging with this stuff is it is a heated issue. Gender and race are heated, and it is literally impossible to please everybody. If you try to please everybody, you will end up with something so watered down, nobody’s going to like it,” said Sterling.

“Especially with gender: it always gets criticised no matter what, especially by feminists. Here are people who you’d think would be our biggest champions, but it’s ‘she’s too skinny, I don’t like her outfit … ’. Nobody ever criticises the boy characters, but everybody criticises the girl characters. There’s always something to be criticised.”

Developers continue to explore these issues, although sometimes they encounter stumbling blocks. Gutierrez admitted that when Tinybop experimented with a pink icon for The Robot Factory, it found boys were unwilling to use the app.

“There are limits to how much you can push culture sometimes,” he said ruefully. – By Stuart Dredge