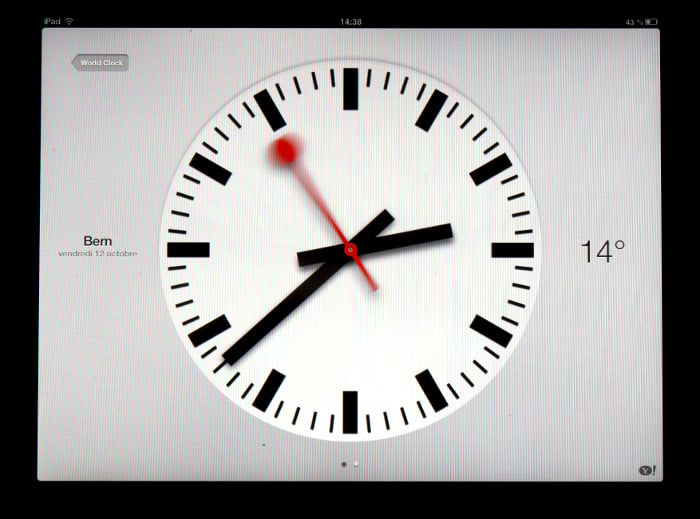 A Swedish retirement home may seem an unlikely setting for an experiment about the future of work, but a small group of elderly-care nurses in Sweden have made radical changes to their daily lives in an effort to improve quality and efficiency.

In February the nurses switched from an eight-hour to a six-hour working day for the same wage – the first controlled trial of shorter hours since a rightward political shift in Sweden a decade ago snuffed out earlier efforts to explore alternatives to the traditional working week.

“I used to be exhausted all the time, I would come home from work and pass out on the sofa,” says Lise-Lotte Pettersson, 41, an assistant nurse at Svartedalens care home in Gothenburg. “But not now. I am much more alert: I have much more energy for my work, and also for family life.”

The Svartedalens experiment is inspiring others around Sweden: at Gothenburg’s Sahlgrenska University hospital, orthopaedic surgery has moved to a six-hour day, as have doctors and nurses in two hospital departments in Umeå to the north. And the trend is not confined to the public sector: small businesses claim that a shorter day can increase productivity while reducing staff turnover.

At Svartedalens, the trial is viewed as a success, even if, with an extra 14 members of staff hired to cope with the shorter hours and new shift patterns, it is costing the council money. Ann-Charlotte Dahlbom Larsson, head of elderly care at the home, says staff wellbeing is better and the standard of care is even higher.

“Since the 1990s we have had more work and fewer people – we can’t do it any more,” she says. “There is a lot of illness and depression among staff in the care sector because of exhaustion – the lack of balance between work and life is not good for anyone.”

Pettersson, one of 82 nurses at Svartedalens, agrees. Caring for elderly people, some of whom have dementia, demands constant vigilance and creativity, and with a six-hour day she can sustain a higher standard of care. “You cannot allow elderly people to become stressed, otherwise it turns into a bad day for everyone,” she says.

After a century in which working hours were gradually reduced, holidays increased and retirement reached earlier, there has been an increase in hours worked for the first time in history, says Roland Paulsen, a researcher in business administration at the University of Lund. People are working harder and longer, he says – but this is not necessarily for the best.

“For a long time politicians have been competing to say we must create more jobs with longer hours – work has become an end in itself,” he says. “But productivity has doubled since the 1970s, so technically we even have the potential for a four-hour working day. It is a question of how these productivity gains are distributed. It did not used to be utopian to cut working hours – we have done this before.”

At Toyota service centres in Gothenburg, working hours have been shorter for more than a decade. Employees moved to a six-hour day 13 years ago and have never looked back. Customers were unhappy with long waiting times, while staff were stressed and making mistakes, according to Martin Banck, the managing director, whose idea it was to cut the time worked by his mechanics. From a 7am to 4pm working day the service centre switched to two six-hour shifts with full pay, one starting at 6am and the other at noon, with fewer and shorter breaks. There are 36 mechanics on the scheme.

“Staff feel better, there is low turnover and it is easier to recruit new people,” Banck says. “They have a shorter travel time to work, there is more efficient use of the machines and lower capital costs – everyone is happy.” Profits have risen by 25%, he adds.

Martin Geborg, 27, a mechanic, started at Toyota eight years ago and has stayed there because of the six-hour day. “My friends are envious,” he says. He enjoys the fact that there is no traffic on the roads when he is heading to and from work. Sandra Andersson, 25, has been with the company since 2008. “It is wonderful to finish at 12,” she says. “Before I started a family I could go to the beach after work – now I can spend the afternoon with my baby.”

For Maria Bråth, boss of internet startup Brath, the six-hour working day the company introduced when it was formed three years ago gives it a competitive advantage because it attracts better staff and keeps them. “They are the most valuable thing we have,” she says – an offer of more pay elsewhere would not make up for the shorter hours they have at Brath.

The company, which has 22 staff in offices in Stockholm and Örnsköldsvik, produces as much, if not more, than its competitors do in eight-hour days, she says. “It has a lot to do with the fact that we are very creative – we couldn’t keep it up for eight hours.”

Linus Feldt, boss of Stockholm app developer Filimundus, says the six-hour working day his business began a year ago is about motivation and focus, rather than staff simply cramming in the same amount of work they used to do in eight hours.

“Today I believe that time is more valuable than money,” Feldt says. “And it is a strong motivational factor to be able to go home two hours earlier. You still want to do a good job and be productive during six hours, so I think you focus more and are more efficient.”

The 1990s saw several experiments with the six-hour day for a full wage in Sweden. In Kiruna, a mining town in the far north, home care for the elderly moved to a six-hour day in 1989 so the working lives of female carers would better correlate with those of their husbands in the mines. Stockholm city council conducted a major trial of a six-hour day in care centres for children, older people and those with disabilities from 1996 to 1998.

But when power passed from left to right in Kiruna in 2005, the reform was reversed and staff went back to eight hours. Similarly, with a change of administration in Stockholm the trial came to an end.

“It was a political decision to end it, they said it was too expensive,” says Prof Birgitta Ohlsson of Lund University, who was involved in research to evaluate the Stockholm experiment. “But it was a good investment in improved wellbeing for the community. More people were in jobs, they were in better health and enjoyed better working conditions.”

Measuring the cost of such schemes is complicated, Ohlsson says – it is hard to distinguish whether savings on sick leave, for example, are down to shorter working hours or other factors. Moreover, with more people in work, unemployment benefit payments are cut, but the savings accrue to the state, not the municipality that bears the cost of hiring more staff.

Svartedalens is attempting to avoid shortcomings by keeping the changes tightly focused and monitored. Only assistant nurses are involved, and the city’s human resources management system is generating high-quality data, according to Bengt Lorentzon, a consultant on the scheme. Another care home is being used as a “control”, so Svartedalens can be compared with a workplace that has stuck to an eight-hour day.

“It is very important to get evidence,” Lorentzon says. “All the previous experiments were focused on the nurses’ health and sick leave, not the quality of service.” It is too early to put figures on the results, but nurses at Svartedalens have more energy, are less stressed and have more time for the residents, who themselves are more comfortable and relaxed, Lorentzon says.

Despite the positive signs, the experiment is likely to end next year – the centre-left coalition on Gothenburg council has lost its majority, and the Conservatives and Liberals are firmly opposed to reduced working hours. The trial is costing about 8m Swedish krona (£630,000) a year, according to the Liberal party. “It’s like living in a world where it is raining money from the sky,” according to one Conservative councillor. The Liberal party declined an invitation to comment for this article.

Daniel Bernmar, leader of the Left party group on Gothenburg city council, which pushed for the trial at Svartedalens, admits a six-hour day costs more money, but insists it is a matter of quality of life for public sector workers and for residents in elderly care. “Not everything is about making things cheaper and more efficient, but about making them better,” he says.

“Under the Conservative-led coalition government in Sweden from 2005 to 2014 we spoke only about working more, and more efficiently – but now we want to discuss how to survive a long working life so we don’t destroy our bodies by the time we are 60.”

Sweden’s main trade union confederation, LO, admits it has been silent on the issue of shorter working hours, but it is trying to bring it up the political agenda. The Gothenburg experiment has high symbolic value, says Joa Bergold, a research officer at LO.

“You can see now that even liberal media are saying this is an interesting project, it could be a productive way of organising work,” Bergold says. “That is a sign the debate is changing. There is more of an acceptance from a liberal and conservative standpoint – that puts pressure on the unions to take this issue seriously.”

The experiment at Svartedalens, set to continue until the end of 2016, has attracted interest across Scandinavia and beyond, as workers and managers ask whether they might learn something from it themselves. At the retirement home, Dahlbom Larsson is hopeful that change is in the air. “Something is about to happen in Sweden, definitely,” she says. “There is a lot of political interest, but also there is such an obvious lack of balance between work and life.” – By David Crouch in Gothenburg