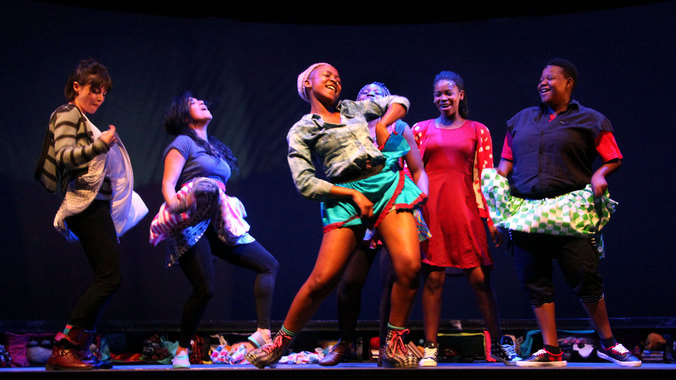 American playwright Eve Ensler shares the stories of women of different ages and races from all over the world through monologue, song and spoken word in the award-winning play Emotional Creature.

The play is an adaptation of original monologues from her book published in 2010, I Am An Emotional Creature: The Secret Life of Girls Around The World. And what is delivered is nothing less than an “in your face” script from Ensler of The Vagina Monologues fame, whose South African production of Emotional Creature was nominated for a 2011 Naledi Theatre award for Best Ensemble Production/Cutting Edge Production.

Emotional Creature had its off-Broadway premier in the United States in 2012 but it’s South African rapper Cassper Nyovest’s song Doc Shebeleza in the opening act that helps to localise the production and remind the audience that the production is now in Mzansi.

Sex slavery, eating disorders and rape are some of the issues brought to life on stage by six young actresses, all in their twenties, under the direction of Obie award-winning director Jo Bonney. The cast includes local talent Barileng Malebye, Karabo Tshikube, Lara Lipschitz, Ratanang Mogotsi, Vuyelwa Maluleke and Zakeeya Patel, who all manage to transport the audience to different cities and into the thoughts of individual women from as far as China, Democratic Republic of Congo (DRC) and right back to South Africa.