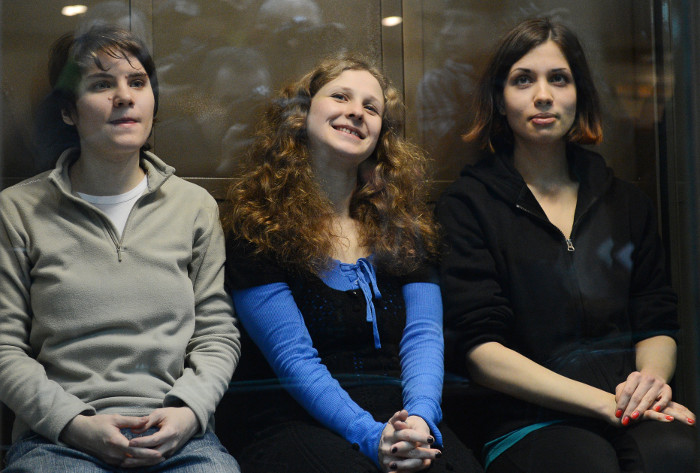 Wendy Davis had an amazing victory. But so much feminist activism is relegated to the lunatic fringe

It was amazing to witness the Texan senator Wendy Davis’s filibustered victory against a highly restrictive abortion bill. Standing talking for nearly 11 hours in trainers, at one point donning a back brace, Davis managed to derail the vote in what will probably be a short-lived victory. (Texan governor, Rick Perry instantly called for a special session to pass the thwarted bill.) But it was remarkable, nonetheless.

It made you wonder: why don’t our female politicians do things like this – why aren’t they so committed and passionate that they arrive at parliament kitted out in trainers and back braces? However, it also made you think, here we go again. The sporadic pro-woman event, the brief attention-grabbing flash of global interest and excitement, and then it’s over – until the next time, the next opportunity. Not that there is anything intrinsically wrong with this approach, but, after all this time, is this – what I’d term “guerilla-feminism” – really all we have?

This isn’t a pop at feminists who actually, you know, do something, unlike so many of us – the so-called “armchair” feminists. I’m not so far slumped into my armchair that I can’t appreciate or applaud the audacious, the defiant, and the active. I just wonder if we should be alarmed that so much of recent high-profile pro-female activity derives from what could be perceived or dismissed as stunts?

Pussy Riot, the Femen topless protests, the SlutWalks, to name but a few, all involved elements, not just of the message, but of spectacle, fireworks, even a form of free social-entertainment. Those who seek to be dismissive could argue that these methods are over-sensationalised, over sexualised, and, to borrow our old misogynist friend, “hysterical”. They would ignore myriad, less attention-grabbing feminist efforts, happening everywhere, all the time, and sneer, saying: “Are shock tactics the only way feminism can be heard – by shouting rude words in cathedrals, stripping in public, calling itself a slut? So much for the feminist mainstream, so much for changing society from the inside.”

As wrong as they are, they are also right. Where is the mainstream (the gains in true equality and power-sharing) in this?

Some might argue that this is what it takes to attract attention, and I accept that. There’s also the matter of context. For instance, Femen’s topless protests may not “shock!” so much here, but they are genuinely radical and courageous in other areas of the world. Likewise, Davis’s pro-choice stance in the States is far braver than it would be in the UK. This is the point – what Davis did was not a stunt, feminist or otherwise (she’d done something similar before in a smaller way, regarding an education bill). However, that didn’t stop Davis getting disdainfully labelled a “show horse”. In the same way, large swaths of feminist activism seem to be increasingly ridiculed and sidelined, robbed of all context and nuance, relegated once again to the “lunatic fringe”.

I’m not telling anyone to sit down, shut up, or put their tops back on. There is a place in this world for the audacious guerilla-feminist. I’m just wondering if sometimes this approach plays into enemy hands, in a way that is counterproductive. Is there room for a debate about the tipping point where intention is trumped by perception. After all, feminism isn’t supposed to be some ideological pop-up shop, on an endless recurring cycle of suddenly appearing and (just as suddenly) disappearing.

Nor is feminism in any way the lunatic fringe. Women make up 52% of the population: with numbers like these, women should be heard, respected and deferred to as a matter of course. The fact that this still isn’t happening, is not only disconcerting, it is the real fight. So, for what it’s worth from a bone-idle cushion-surfing armchair feminist, I’m curious – where does it go from here?

Graduates, take a cue from actors

Figures from the Higher Education Statistics Agency say that more than 20,000 of last year’s graduates remain unemployed after six months out of university, while nearly 10,000 are in jobs that don’t require degrees – everything from waiters, bar staff, hospital porters, and road sweepers, to call centre workers, shelf stackers, window cleaners, and couriers.

Clearly there aren’t enough graduate positions to go around, which is galling in the light of how much debt modern students incur. However, is six months after leaving university too soon to panic? There is also the view that a menial job is fine for a while, just not for ever.

Arguably, in any case, there is no such thing as “menial” work – there’s nothing “menial” about keeping body and soul alive, while keeping your CV active. A spell in these kinds of jobs can be invaluable, providing precious life experience you wouldn’t get from an uninterrupted glide to the higher echelons. Far from a disaster, it could be viewed as a blessing.

It only becomes soul destroying when you become stuck. It’s difficult to look for positions, and go for interviews, while working full-time for the minimum wage. Employers should take note, if they’re not already doing so, that it’s not only graduates who need to be flexible. Graduates appear to need a similar set up to thespians, who need to be free for auditions. A job where they can earn, but with enough flexibility built in (time off for interviews, rolling three-month contracts), so that they can keep their career hopes alive. Some might say this sounds like corporate babysitting, highly unlikely in the real world. However, what would these businesses prefer: a frustrated, cynical Mc-workforce, or bright young things who are fully engaged, because they know they’re not going to get stuck?

Holly does have other assets, you know

The BBC has apologised for Holly Willoughby’s breasts. More specifically, it apologised (kind of) for the dress Willoughby wore for The Voice final. The BBC said: “We’re sorry if some viewers found Holly’s dress unsuitable”, but they considered the dress “wholly appropriate for the occasion”.

They were right: the dress, though plunging, was hardly “Light Entertainment Whore of Babylon!” As Philip Schofield said, what do those who complained do with children on beaches? Perhaps throw sand in their eyes every time a bikini-clad woman walks past.

Obviously Willoughby benefits professionally from being attractive and telegenic – she’s also been a great sport about her relentless boob-related press. However, there must be a limit to how much a professional TV presenter has to put up with being defined by her breasts. Willoughby does actually do her job – she doesn’t just stand there mute, pointing them. (That’s another job entirely.)

It makes you wonder what a female TV presenter has to do not to be reduced to a walking-talking pair of breasts? Whoever has a problem, it doesn’t seem to be Holly Willoughby. – By Barbara Ellen © Guardian News and Media 2013