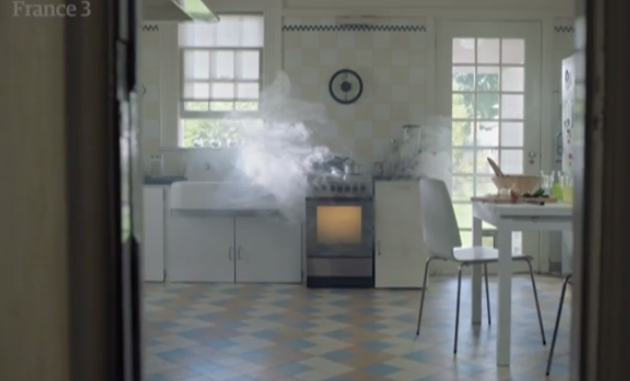 It was meant to be an advert for the importance of gender equality and women in the workplace.

But a 40-second film boasting of the French public broadcaster France 3’s large number of female presenters was in fact so sexist that it was instantly pulled in the face of widespread criticism.

To the stupefaction of feminists and commentators on French social media, the advert opens showing a deserted house where everything is going wrong.

Something is on fire in the oven as it billows smoke, a child’s room is untidy and in disarray. A man’s shirt is in flames as the iron rests on it, and the bathroom — with the toilet seat left up — is filthy.

Even the dog is whinging as it waits to be walked. As the camera pans around this domestic apocalypse, a famous 1970s French pop song croons: “Where are the women?” Then, as a shot shows a wardrobe full of neatly stacked shoes, a message appears on screen telling us that all the women “are on France 3” where “the majority of our presenters” are female.

Never has an advert backfired so spectacularly.

France 3 intended to use the advert to boast of its large pool of female talent, saying the channel was “different” and “more modern, more feminine”. But the implicit message that only women can put the loo seat down and iron men’s shirts – with dire consequences if they go to work – was met with derision when the ad was previewed on Twitter.

The French women’s minister, Pascale Boistard, tweeted that the advert did not seem to be “a good way to highlight professional equality” among presenters in TV.

The new head of France 3, Delphine Ernotte, the first woman to hold the role, immediately ordered the film to be pulled. It had been intended to run on TV for three weeks but will now never be shown.

Ernotte, who was previously executive director of the phone giant Orange France, has a reputation for ruthlessly combating sexism and promoting equality. Her entourage told French media the ad “was not close to her sensibilities”. She reportedly had not seen it before it aired. Boistard tweeted her approval once it was shelved.

Prenons La Une, a collective of female journalists, told 20 Minutes the advert “feeds clichés rather than deconstructing them. You get the impression that the people who made this video start from the principle that a woman is always behind her ironing board, that she has a massive shoe collection.” – By Angelique Chrisafis

Image – Screengrab of the France 3 advertisement.