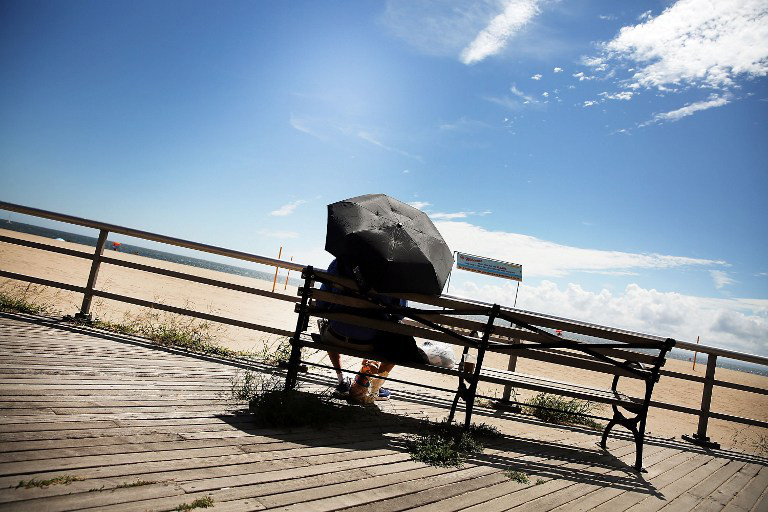 Take a guess at what the most common cancer in South Africa is — breast cancer, maybe? Nope, sorry. Breast cancer gets a lot of publicity (especially round about now) but actually it’s skin cancer.

I came across some statistics published by the Cancer Association of South Africa in 2010 (I can’t find more recent ones) that indicated that skin cancer is the most common cancer in South Africa with about 20 000 reported cases every year and 700 deaths. In addition, we have the second highest incidence of skin cancer in the world after Australia. And this is one time we don’t mind Australia beating us at something, but second isn’t exactly a good place to be either.

A couple of days after I discovered these statistics, it was my younger daughter’s interhouse athletics competition. Now, I get grouchy enough about having to go to the school for anything at all on a weekend. But consider this: recommendations for safe sun exposure include a clear warning to stay out of the sun completely between 10am and 3pm, because that’s when the sun’s rays are most intense. This athletics meeting was to be held from 10am to 1pm — on a field, in the blazing sun, during a heatwave.

Just let that sink in for a little: primary school children were being asked to exercise in the worst part of the day from a skin cancer point of view. And let’s not even begin to talk about the increased risk of heat stroke, which is a serious (not to mention deeply unpleasant) consequence of overheating and dehydration, both of which were clear and present dangers in these circumstances.

Yes, there was some shade provided, and yes they were encouraged to wear sunscreen, but the advice from those in the know is that you need to stay out of the sun completely. Had I been in charge, I would have called the whole event off.

I wasn’t in charge, so I did what any sensible helicopter parent would do: I wrote a blisteringly grumpy Facebook post about my displeasure, loaded my child up with so much water she’s still battling to finish it three days later, and off we went to the school to cheer and clap and swelter and swear (always out of earshot of the teachers, of course).

But in the days since the event, I’ve done a lot of thinking — isn’t it time that we rescheduled school sport so that it happens outside of these critical skin cancer hours? And I’m talking about practices too. If I think back to my children’s junior primary days, they finished school at 1.30pm and went to sport practice straight away — we’re talking six- to 10-year-olds, out on a field, completely exposed to all manner of UV rays. I can almost guarantee that at least half of them weren’t wearing sunscreen at all. And how many kids spend every Saturday playing cricket, soccer, rugby, hockey, netball out on a sunny field somewhere at exactly the time that we are advised to be indoors, sheltering?

What are we teaching kids by allowing this to continue? Is it even good parenting to expose them to the sun like this? How do we expect our skin cancer statistics to change if we don’t change our behaviour? And please don’t think this applies only to those of us of a fairer complexion. If you have skin, you can get skin cancer.

My father had a malignant melanoma that he was fortunate enough to catch early enough and survive, but one of his shoulders is missing a large chunk of flesh as a result. Another friend has had ongoing issues on her scalp as a result of a childhood spent in the sun. I’ve seen skin cancer up close and very personal and it’s not pretty. More importantly, it can actually kill you.

Maya Angelou famously wrote: “I did then what I knew how to do. Now that I know better, I do better.” Our parents probably didn’t know that sun exposure was a direct cause of skin cancer. As long as we didn’t burn, they thought we were safe. But we know better — we should be doing better.

Change is never easy, but the timing of school sports activities needs a good rethink. If we continue along this path, the sport becomes more important than the children who participate, and that seems like the wrong way of going about things to me.