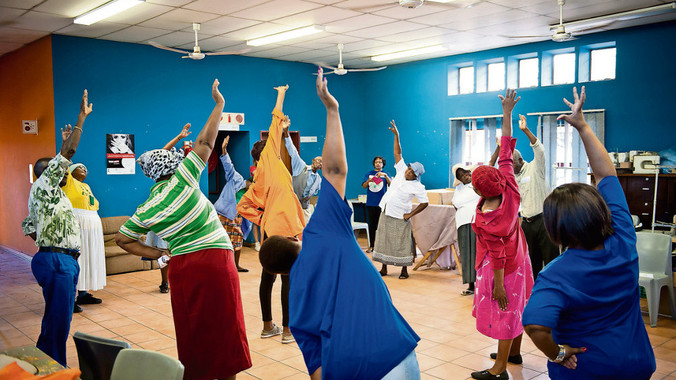 “Left! Clap! Right! Clap!” shouts a young woman dressed in an orange tracksuit. She stands in front of about 30 women, who follow her movements obediently to a regular beat, stepping from side to side with a chorus of echoing claps.

“Now go down low!” calls the instructor over the noise in the cramped room.

The instructor, a physiotherapy student at the University of the Witwatersrand, smiles broadly and says: “You’re old but you’re not dead! Come on!”

The women laugh and keep on moving. But as the instructor bends her knees almost to her haunches with each step, the women in front of her aren’t as flexible and lower their bodies only slightly with each step.