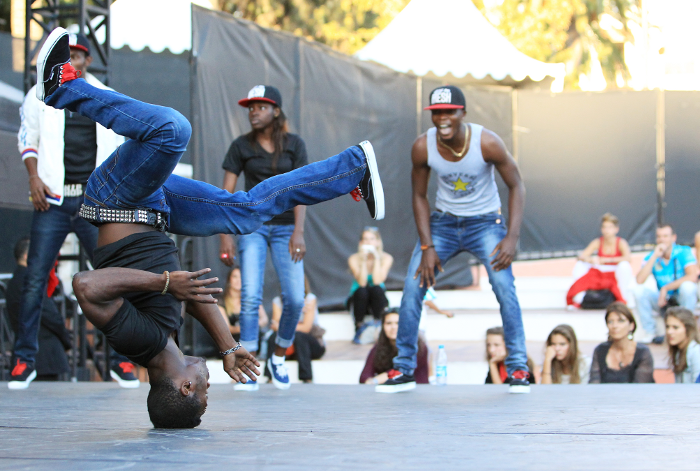 It’s safe to say that hip-hop is one of the most misunderstood movements of all time. I call it a movement because that’s what it is for me. Hip-hop has always served as a means through which disenfranchised youths work together to advance their shared political, social, or artistic ideas. Confused? Don’t be. Hip-hop has since its inception (in the 1970s) in the South Bronx, been about challenging the status quo. In the face of high levels of unemployment, violence and racialism, young people used it as a platform to speak back to their social conditions.

You see, when an inspiring young Jamaican-born DJ called “Kool Herc” discovered what they refer to as a “break” in the record, all hell broke loose. Things were never the same after that. After the discovery of “the break”, the streets were inundated with contorted young bodies focused on getting their moves right. Young people looked forward to Kool Herc’s “break” in the song because that’s when they could show off what they had been working on while no one was looking. This is where B-boy (short for “break-boy”) giants such as “Crazy Legs” (of the Rock Steady Crew) were born. These were young, racially and economically marginalised people trying to literally “break” away from a society that told them that their lives were insignificant. Through hip-hop they not only felt valued but they found a viable means to economic empowerment. These guys travelled all over the world showcasing what the world had never seen before. From the get go, the DJ and the B-boy or B-girl have always had a symbiotic relationship that is crucial to the survival of the movement.

Additionally, graffiti has always been a key component of hip-hop. You see, while the DJ and the B-girls and B-boys were doing their “thang”, the graffiti artist painted. Again, these were young people who spent time sharpening their craft on notebooks before finding a surface to work on. In other words, there was always an in-depth thought process behind the artwork. Initially there was the act of tagging where people wanted fame by painting their names on the seemingly impossible-to-reach spots for everyone to see. What is fascinating about the tags is that they were incomprehensible to the uninformed eye but when one looked closely, one could see the brilliance in every turn of each letter. Eventually graffiti began to incorporate comprehensive imagery which, until this day continues to grace some of our surfaces. It is without say that the graffiti has been criminalised and unfortunately hardly been accepted as a legitimate art form.

As you can see, hip-hop has many elements. DJing, graffiti and breaking are crucial to it. But what about rap? Well, rap is but one element out of five hip-hop elements (yes I said five elements, the fifth being “the knowledge of self”) and yet it’s the most focused on. Evidently, rap is the most contentious out of all elements because it’s what we see the most of on our TV screens. And even then, what you see on your television is not the complete picture of what constitutes rap.

You see, what you see on rap videos is pure consumerism (among other things). What you see these days is “booty” (let’s be real, you hardly see women’s faces), rented fancy cars (you know you gotta give that key back), big cribs (rented or a friend spoke to a friend of a friend who owns the house), money being thrown around (you know you gotta pick that up after the shoot) and grills (no problem with a bit of bling). I’m pretty sure there are many more things you see on these music videos that I’ve left out so you can fill in the blanks.

The reality is that rap transcends consumerist rhetoric. It always has. Behind each rap song is a young person hoping to say something significant and unfortunately due to the huge discrepancies between the haves and have-nots, young people rap about what puts food on the table (meaning what audiences value through their buying power). And so, in a world governed by capitalism and hetero-patriarchy it only makes sense that it is these very same values that populate our airwaves and TV screens.

It’s really bigger than hip-hop. It’s institutional. And so, of course hip-hop will be THE scapegoat for why crime, violence, sexism, racialism etc are so rife in society but in the larger scheme of things it’s how our world in general functions. Hip-hop or no hip-hop. Hip-hop is merely a mirror reflecting what society predominately upholds as its values. For many of us, hip-hop is our saviour that takes our minds off our messed up realities and gets us smiling, hoping and believing. And unfortunately for some of us, hip-hop will forever be the bane of our existence filled with nothing but pimps, “hoes” and 20-inch rims.