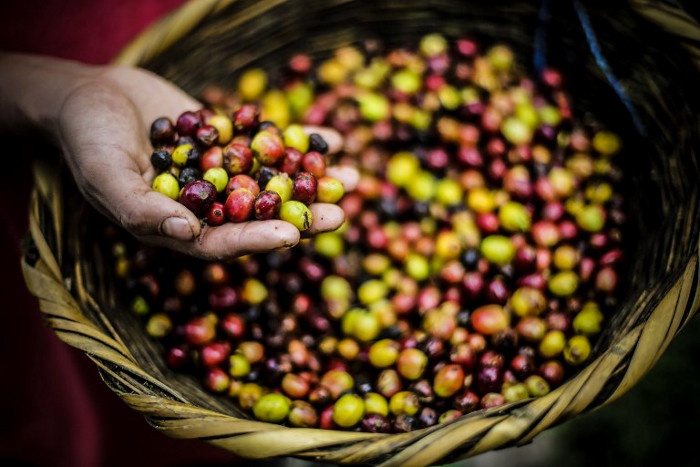 Bertha Nzabanita survived the 1994 genocide in Rwanda, but her husband did not. As a single mother, she struggled to make do with the one coffee field and the dilapidated house he had left her. Then Nzabanita discovered Musasa, a coffee cooperative that gave her and other widows from the genocide a stable market for their coffee allowing them to increase their income.

Musasa is funded by Root Capital, a social investment fund that targets small agricultural businesses in poor parts of Africa and Latin America, with one arm focused on women’s issues. Since 2005, Root Capital has invested more than $1 million in Musasa, helping women like Nzabanita transform their small business ventures into part of a productive cooperative. These days Nzabanita has four coffee fields and her revenues have allowed her to purchase a better home and send her son to university. “The cooperative invests in us, and it makes a difference,” Nzabanita told Root Capital.

For years, women in developing countries have received small loans from investors to start and run their own businesses. But the idea of using money to specifically improve the lives of women and girls, while at the same time generating financial returns, is gaining traction in emerging economies as well as the developed world.

The term “gender-lens investing” is relatively new – coined in 2009 , according to thinktank Criterion Institute – and there isn’t much data yet to illustrate its growth. But there is evidence to show that investing in women and girls carries both financial and social benefits.

According to a Goldman Sachs report, investing in female education leads to higher wages, and reduced maternal and child mortality, while educating women and girls could raise GDP growth by 0.2% per year in many emerging countries. Women are also more likely to spend their money on their children’s health, nutrition and education, making them a “ major catalyst for development ”, according to the International Finance Corporation (IFC), which finances private sector investment in developing countries.

But women entrepreneurs don’t get nearly enough financial support. More than 6 million women-owned small businesses in developing countries lack access to necessary financing due in part to discriminatory loan terms, such as higher interest rates and shorter-term loans, that tend to favour male applicants. The IFC estimates that this amounts to around $320 billion in financing needs that aren’t being met.

Investors’ interest in women has grown as they begin to think more broadly about environmental and social issues, according to Cheryl Smith, a managing partner at Trillium Asset Management, which earlier this month released a paper on how to integrate gender into investment decisions.

Traditionally, investment strategies have tended to focus only on relatively short-term financial objectives, but that’s changing. There is urgency on the part of governments, businesses and non-profits to figure out solutions to issues such as climate change, income inequality and resource scarcity, issues that disproportionately affect women. More women than men, for instance, die in natural disasters, while women in most countries earn on average between 60% and 75% of what men earn.

“These are just some of the global problems weighing on investors’ minds as they decide where to put their money,” said Bill Burckart, CEO of impact investing advisory firm Burckart Consulting. “More than ever before, investors are looking for ways to limit risk and make investments that can be part of the solutions to these problems.”

A growing realisation that women can carry tremendous economic power – but they don’t always have the means to exercise it – is also driving gender-related investing, said Burckart. According to a report from global consulting firm Strategy& (formerly Booz and Company) raising female employment rates to match male employment rates in the US would boost overall GDP by 5%, while in Egypt that figure would increase to 34%.

There are various ways that investors can support women. Probably the best known investing strategy is microfinancing, which provides small loans to women in developing countries to start their own businesses. Although the Goldman Sachs report notes that it is important to go beyond microfinance to provide scale for women to grow their businesses.

Large organisations, such as the World Bank, believe that lending efforts aimed at women have potential to bear results. In 2013, the IFC – the World Bank’s private lending arm – for the first time issued around $165 million in bonds aimed specifically at women business owners in emerging markets.

Other funds focus on improving the health and education of women. For example, the Calvert Foundation, a non-profit focused on community investment, has given more than $20 million in loans from individual and institutional investors to organisations that help women in developing countries find affordable housing and access to healthcare, education and finance.

“Across every asset class it’s possible to look at an array of investments and to find ones that will have a positive impact on women,” Smith said.

But the reality is that the systems that have thus far served to exclude or otherwise marginalise women remain. “We still have a long way to go to effectively combat stereotypes and biases,” Burckart said. “We need to build the same ramps to capital for women that men have thus far been so privileged to near exclusively enjoy.” – By Alison Moodie