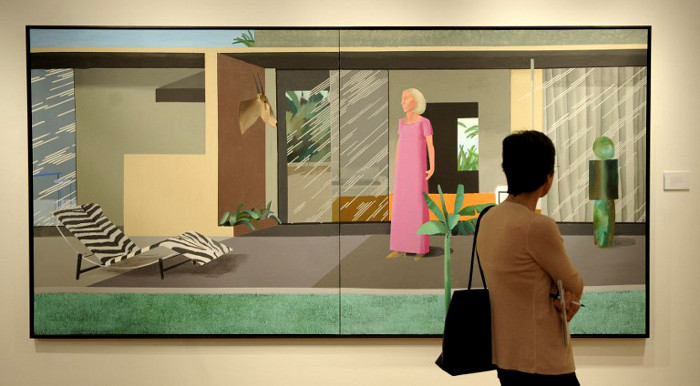 If you happen to be one of the stars of the reality television franchise The Real Housewives, you can expect to receive hundreds of thousands of dollars as payment for every season of dirty laundry washed in public.

If, however, you are an actual housewife and your daily chores are done quietly behind closed doors, chances are your efforts go unremunerated.

But a prominent pair of campaigners in Italy, a country with an estimated 5 million casalinghe (housewives), a moribund jobs market and a lingering patriarchal culture, this week threw their weight behind an eye-catching proposal they say would boost equality and fight domestic abuse: a salary for women working in the home.

The proposal, which comes as the prime minister, Matteo Renzi, prepares to publish a reform package targeting Italy’s record unemployment, has been criticised as retrograde, unworkable and potentially counterproductive by some critics.

But it has, in some quarters at least, refocused debate on what the eurozone’s third-largest but arguably most sluggish economy could do to combat gender stereotypes and boost a female employment rate that is the EU’s second lowest.

Giulia Bongiorno, a lawyer and former centre-right MP, and the television presenter Michelle Hunziker have advocated the housewives’ allowance. Bongiorno said the proposal was born out of Doppia Difesa, the domestic abuse charity they founded in 2007.

There, they saw that many victims of domestic violence were not reporting their abuse to the police for want of an alternative lifestyle that was economically viable. “We have [in Italy] many women who die inside household walls because they do not have economic independence,” said Bongiorno.

But, she added, the allowance being proposed was not just for abuse victims but for all housewives, and the small number of their male equivalents, “in recognition of the work’s social dignity” and economic importance.

“I want to destroy this great prejudice that says: ‘I am the one who earns; you have nothing,'” she said, adding that women who chose to work at home should be rewarded, not humiliated. “They must not be considered B-list citizens,” she said.

The proposal envisages a monthly allowance being paid to the home worker either by the Italian state or, in households with a “significant income”, by their spouse or partner. Bongiorno says she knows this last point will prove the most controversial.

It is not the only element to do so, however. Soon after the plan was publicly mooted, commentators began to express alarm at its implications. “Bongiorno and Hunziker propose a housewives’ salary to ‘reduce discrimination’. I am strongly against this. There is only one way of doing so: WORK,” wrote journalist Giulia Innocenzi on Facebook.

“Why not spend the money set aside for a hypothetical housewives’ salary on nurseries and incentives for female employment, and thus try to remove Italy from the embarrassing last places of classifications for the number of women who work?”

According to Eurostat, just 46.2% of women in Italy were in employment in the third quarter of last year – a level lower than all other EU countries except Greece. The EU average was 59%. Bongiorno, who is best-known in the anglophone world as the defence lawyer of Raffaele Sollecito in the Meredith Kercher murder trial, was, as an MP, a chief backer of Italy’s 2009 law against stalking.

“I am the first to say that nurseries and work are fundamental but there is also a social value in the work carried out in the family. We must not cancel it out.”

For many, though, the idea just doesn’t wash. Daniela Del Boca, professor of economics at the University of Turin, said that, although “theoretically fair”, the allowance would be “a terrible disincentive to look for a job”.

“And the impact of women working is incredibly important – for the income of the family, for their own independence, for the message that they send to their children, especially to their daughters, that working is important and fundamental to independence,” she said.

The kind of financial independence that Bongiorno and Hunziker were advocating, she added, was achieved “by doing something that does not take you outside the home but relegates you to a role which is by definition subordinated”.

Its proponents argue that, by providing a financial reward for those of either sex who choose to stay at home to perform household functions, the allowance could help combat the idea that such work is a purely female realm.

But Del Boca says that, in a country with such entrenched cultural expectations, this is unrealistic. You only have to look at the “very, very low number” – only 6.9% in 2011 – of fathers who choose to take full paternity leave, she said, to see how deeply engrained traditional gender roles remain.

“You could say: give [money] to everyone who provides care work. Which would be good,” she said. “But not in this country. Not in this moment in which there is so much crisis and, already, discrimination.” – By Lizzy Davies © Guardian News and Media 2014

Image – “Berverly Hills Housewife” by artist David Hockney on display at Christie’s during a press preview of their Post War and Contemporary Art Evening Sales in New York, May 01, 2009. (AFP)