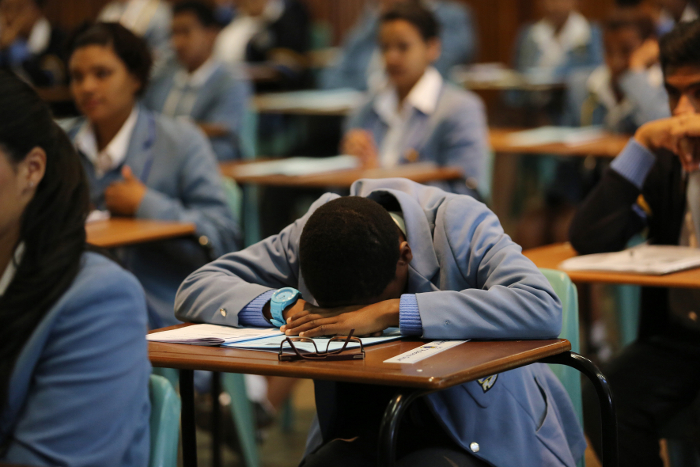 I’ll probably make myself hugely unpopular with a whole lot of teachers and parents for saying this, but as the matrics start writing their final exams I’d like to say this to them: “Work hard and study and do your very best, but remember, it’s just matric.”

Yes, I know. I felt your collective gasp. But let me explain.

When I worked at a magazine full-time, every year without fail we’d receive letters from distraught families telling us about their son or daughter who had committed suicide over their matric results. So every year when the exams start I feel a vague sense of unease, wondering how many of our young people have so much riding on their matric results that they might feel compelled to take their own lives.

Because here’s the thing: matric is very, very important, but not nearly as important as your life. And yes, you want to get the best results you can, but it’s really just a stepping stone to what you really want to do with your life. Once you’ve taken that next step into whichever career you choose, no-one will really care about your matric again. Seriously. They might be interested in your tertiary qualifications at your job interview, but thereafter they will only really be interested in whether you can do your job.

But more important than any of this is this: if you don’t do as well as you hoped, you can redo matric, and it’s not the end of the world. Plenty of people do this — they either go back to the same school, or they go to a college where they can do matric, and they do it again.

I have a friend who got a terrible matric. He barely passed. He went to the army, and while he was working with the medics there, he decided he’d really like to study medicine. So he worked until he’d saved enough to cover his matric tuition for a year, re-did it at a college, and got straight As. Today he’s an assistant professor in emergency medicine in Canada.

So all I really want to say is this: matric is important, but it’s literally not life-and-death stuff. It might be faintly embarrassing if you have to go back to school for another year, but it’s completely do-able and you will survive. If anything, feeling slightly embarrassed might spur you on to do better.

So study hard. Do your very best. But remember that if you do badly, you have options. Suicide shouldn’t be one of them.