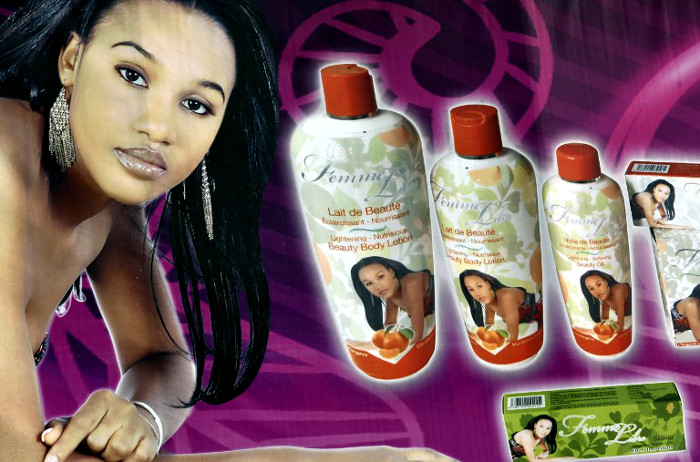 Ivory Coast has banned skin whitening creams, which are widely used in west Africa, because of fears they cause lasting damage to health, the health ministry said Wednesday.

“Cosmetic lightening and hygiene creams … that de-pigment the skin … are now forbidden,” the ministry said in a statement.

The ban affects whitening creams and lotions containing mercury and its derivatives, cortisone, vitamin A or more than two percent hydroquinone, a lightening agent that is used to develop photographs.

“The number of people with side-effects caused by these medicines is really high,” said Christian Doudouko, a member of Ivory Coast’s pharmaceutical authority, warning that they could cause skin cancer.

Lightening products can also lead to hypertension and diabetes, said Elidje Ekra, a dermatologist at the Treichville University Hospital in Abidjan.

Whitening creams have been popular for years among young African women, who see them as a way to make themselves more attractive.

The use of the creams is believed to be even more widespread in Nigeria.

Although there are no official figures of how many women use such products across Africa, billboards advertising the potentially deadly creams can be seen in cities across the continent.

“In our cultures, some people think women with light skin are the most beautiful. This beauty standard … pushes many girls to depigment their skin,” Ekra said.

“What we see in the media is the lighter one’s skin is, the better one’s life,” he added, referring to advertisements that fill the streets of Abidjan, Ivory Coast’s biggest city, showing models with lighter-than-average skin.

While the craze is most widespread among women, some men use the creams too, Ekra said.

The creams are also extremely popular in many countries in Asia, including India, Pakistan and Japan, as well as in the Middle East.

Image – A picture taken on May 2, 2015 shows a giant advertising placard of skin-lightening products in Abidjan. Ivory Coast’s government has forbidden the use of skin-whitening products, popular among Ivorian women, the health ministry announced on May 6, 2015. (AFP)