Too little sleep may bring on a form of the marijuana “munchies”, say scientists who found that sleep-deprived people craved crisps, sweets and biscuits far more than healthier foods.

The US researchers believe that skimping on sleep alters brain chemicals in much the same way as the hunger-boosting ingredient in cannabis, which has long propped up snack sales at 24-hour convenience stores.

After several nights of poor sleep, healthy volunteers who took part in the study reached for snacks containing more calories – and nearly twice as much fat – than ones they favoured after sleeping well for the same period, the scientists say.

When sleepy, the participants had terrible trouble resisting the snacks, even when they were full, said Erin Hanlon, who led the study at the University of Chicago.

Research has shown time and again that sleep loss raises the risk of obesity, but the reasons are complex and unclear. Insufficient sleep disrupts hormones that govern appetite and satiety. But those who sleep less have more time to eat, and may be too tired to exercise. To muddy the waters further, obesity can lead to breathing problems that themselves disrupt sleep patterns.

In a small study published in the journal Sleep, Hanlon invited 14 men and women in their twenties to spend two four-day sessions at the university’s clinical research centre. The volunteers’ time in bed was controlled, so that on one visit they averaged 7.5 hours of sleep a night, but on the other only 4 hours 11 minutes a night. During their stays, the volunteers ate identical meals, dished out at 9am, 2pm and 7pm.

After the fourth night of each leg of the study, the participants were offered a range of snacks. The sleep-deprived felt a strong urge to binge on fatty foods, and this was most intense in the late afternoon and early evening, when snacking is most linked to weight gain. They avidly consumed high-fat snacks even when they had eaten a solid meal containing 90% of their recommended daily calories only two hours earlier. Typically, the sleepy participants ate 300 calories in snacks, far more than they needed to make up for their extra hours awake.

To delve into why sleep loss might trigger poor eating habits, the scientists looked at various substances in the volunteers’ blood, including ghrelin, which boosts appetite, and leptin, which tells the brain when the stomach is full. Previous studies have shown that sleep loss goes hand-in-hand with high ghrelin and low leptin levels.

But Hanlon looked also at levels of chemicals called endocannabinoids. She found that when sleep-deprived, volunteers had higher and more persistent levels of endocannabinoid 2-AG, a chemical that ramps up the pleasure felt when eating, especially sweet or salty high-fat foods. “We know that marijuana activates the endocannabinoid system and causes people to overeat when they are not hungry, and they normally eat yummy sweet and fatty foods,” Hanlon said. “Sleep restriction may cause overeating by acting in the same manner.”

In well-rested volunteers, levels of 2-AG rose in the morning, peaked around midday, and declined again. But in the sleep-deprived, levels rose 33% higher, peaked at 2pm, and remained high until 9pm. Writing in the journal, Hanlon says this may boost and prolong the pleasure people get from snacking, putting them more at risk of weight gain: “The early afternoon drive for hedonic eating may be stronger and last longer in a state of sleep debt.”

In a commentary published alongside the report, Frank Scheer, director of medical chronobiology at Brigham and Women’s Hospital in Boston, says the new findings make for “compelling evidence” that endocannabinoids and food reward mechanisms underpin the excessive eating and weight gain that comes with sleep loss. The results raise the possibility of anti-obesity drugs that target endocannabinoids, but he warns that these would need “careful consideration” because of the dangers of unintended side-effects. – By Ian Sample 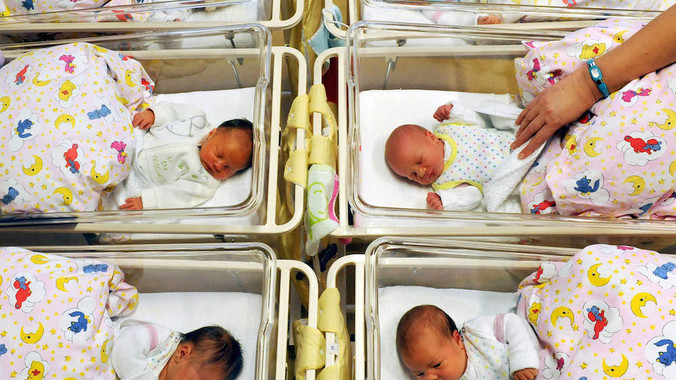