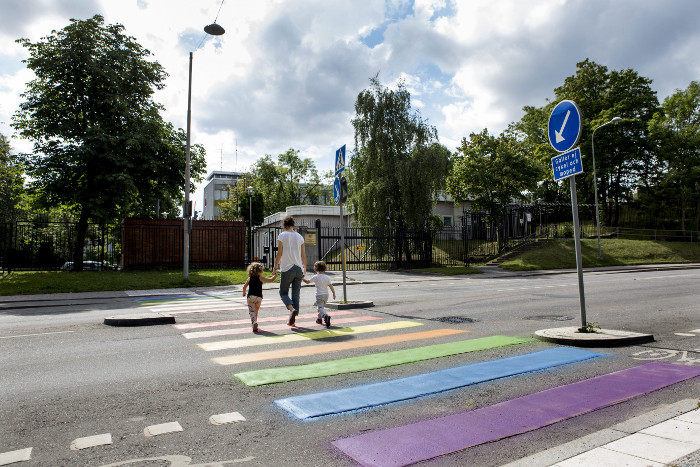 Are lesbians from Mars and gay men from Venus? Or are the two groups bound together like close and loving siblings, having separate interests and lives but loving each other just the same?

This is one of the questions I am asking during the course of writing my book on the state of the gay nation. Survey results so far have found that on some issues, such as whether we are “born that way” or not, and on the causes and consequences of anti-gay bigotry, we are miles apart, but on others we agree. Some interviews with prominent members of the lesbian and gay community have ended with an admission that, in the words of one life-long gay activist, “We are like chalk and cheese but shoved together by the homophobes.”

Our history is a little like Elizabeth Taylor and Richard Burton in that we regularly break up and have terrible fights but can’t seem to leave each other for good. In the heyday of the Gay Liberation Front, in the early 70s, the majority of lesbians walked out in protest at the sexism of some of the gay men who took a pivotal role. This kickstarted autonomous lesbian liberation campaigns and even separate Pride marches for a time in the early 80s.

In the mid 80s the Aids pandemic brought the most grotesque anti-gay prejudice out in the open. I recall people telling me not to share a cup with a gay man, or even use the same bathroom in case I became infected, and heard numerous comments about how gay men were responsible for the “gay plague” because they had “unnatural” sex and were “promiscuous”. Many lesbians put previous bad feeling behind them and rallied to support their gay brothers. New alliances were built and a sense of community followed. However, there were rumblings from some of the sisters about how gay men failed to support them against sexism, and some resentment that, once again, the specific needs of lesbians, such as having children removed in custody battles because they were in same-sex relationships, were being ignored.

Then came the introduction, by the Thatcher government, which was hell-bent on reviving traditional “family values”, of the first anti-gay legislation in Britain since 1885, Section 28. It was also the first time lesbians and gay men had been legislated against as one group. Our bond was again strengthened as we fought this pernicious legislation. But it was not to last. In 1994 a piece entitled Dicks & Dykes Divided? was published in MX magazine, a glossy commercial freesheet. The peg for the piece was complaints by some gay men that there was a women-only tent at the Pride march that year. The complainants could not envisage why lesbians would ever want autonomous space.

Since then a truce has developed, and the phrase “lesbian and gay” has all but become one word. Some would argue that a liberalism has overtaken the radical edge of the movement with no room for feminist militancy or separatism in this now rather hegemonic community.

But the fact remains that gay men and lesbians appear to have little in common except for being vulnerable to bigotry and discrimination. Our social scenes are very different, and lesbians are more likely to be coerced into heterosexuality and straight marriage than men. Punishment rapes of lesbians do not just happen in Africa, and there are far fewer positive lesbian role models in the media than there are of gay men.

Having said that, more gay men are choosing to become parents, so maybe the bond between them and their lesbian sisters will be further strengthened at the school gates. It is hard to deny, however, that we are, in some respects, worlds apart. – By Julie Bindel © Guardian News and Media 2013