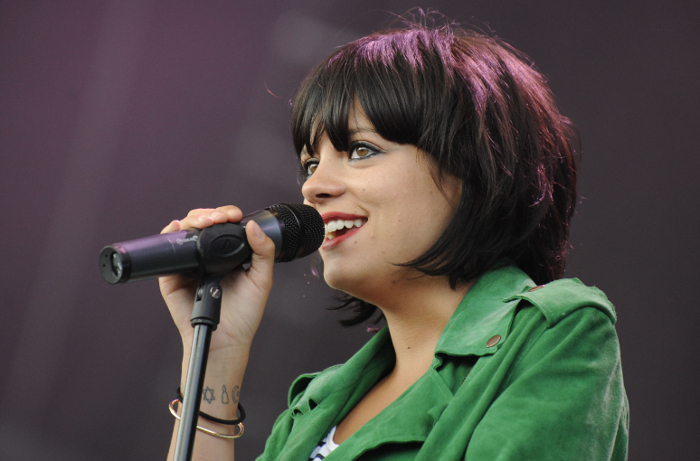 Lily Allen has denied accusations that her new music video is racist, insisting that Hard Out Here’s scantily clad black and Asian dancers were chosen for their twerking skills, not the colour of their skin.

Criticism of Allen’s video followed almost immediately after its release on Tuesday, with several bloggers and numerous tweeters calling out Hard Out Here’s “denigration of black female bodies”. While Allen’s new video sets out to be a feminist critique of the entertainment industry, the principal action involves Allen and a coterie of writhing black dancers and slo-mo shots of champagne being poured over the dancer’s bodies.

“[This video] has nothing to do with race, at all,” Allen responded yesterday in a post titled Privilege, Superiority and Misconceptions. “[It] is meant to be a lighthearted satirical video that deals with objectification of women within modern pop culture … The message is clear.”

Allen’s said she did not request “specific ethnicities” for her dancers; they simply hired the “the best dancers” from the auditions. “I would not only be surprised but deeply saddened if I thought anyone came away from that video feeling taken advantage of, or compromised in any way,” she wrote. Only Allen’s “insecurities” kept her from twerking in underpants alongside them: “I actually rehearsed for two weeks trying to perfect my twerk, but failed miserably,” she said. “[And] if I was a little braver, I would have been wearing a bikini too, but I do not and I have chronic cellulite, which nobody wants to see.”

All of Allen’s dancers – Seliza Sebastian, Melissa Freire, Shala EuroAsia, Monique Lawrence, and Temple – seem delighted with Hard Out Here, posting links to it and retweeting Allen’s remarks. “Critics will be critics,” wrote Lawrence. In an interview with NME, the video’s director hailed the “sisterly vibe” during the shoot. “It wasn’t like the girls [Lily’s] surrounded by in the video were people we were taking the piss out of, or anything – they were in on it,” said Christopher Sweeney. “It was their idea to spray the champagne over each other, like in a Nelly video. They totally got that what we were saying with the video.”

None of this has changed the opinions of Allen’s loudest critics. “‘Satire’ is not an excuse or usable cover for racism,” declared blogger Black In Asia. “‘Ironic’ racism is STILL (ding ding) RACIST.” He offered his own “translation” of Allen’s statement: “‘I didn’t mean to be racist so it’s not racist!!!’ … ‘WHITE PRIVILEGE IN FEMINIST SPACES DOES NOT EXIST!’ … ‘I HAVE BLACK FRIENDS AND THEY ENJOYED IT!! … ‘I’m guilty of NOTHING!”