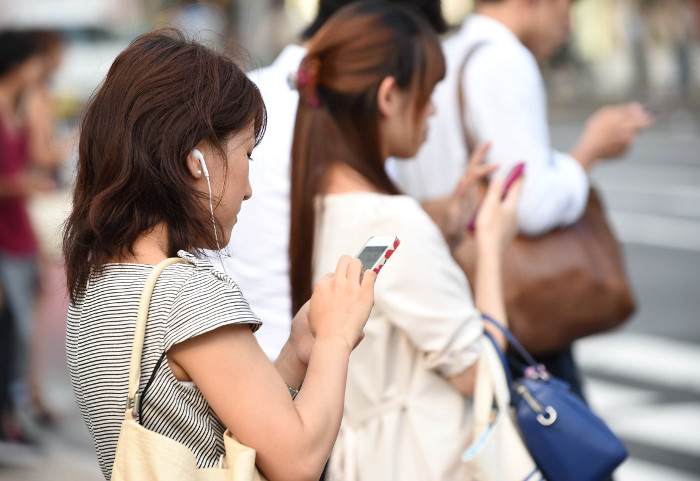 Millennials will make up half of the global workforce by 2050. Although generalisations are not helpful, broadly speaking members of this generation, born between 1980 and 1994 and also known as Generation Y, are bound together by the fact they have come of age during a severe financial crisis, have been both the pioneers and guinea pigs of technological change, and are more plugged into a global network than their predecessors.

Now they’re in the workforce, it should be no surprise that they are working differently too. But often those differences are reduced to lazy stereotypes. So what are the myths about millennial workers, and how true are they?

1. Millennials set the bar too high because of a sense of entitlement
“The millennials I know are not willing to settle for mediocre careers – they’re working hard to find work that they are passionate about, even if it means doing a boring low-paid job on the side,” said Sofia Niazi, 29, over a coffee in a small bookshop near Waterloo, London.

Niazi, who is highly qualified with multiple degrees, saw getting a teaching qualification as a pragmatic decision. “For Generation Y, the generation who have lived on precarious zero-hours contracts and are confronting impossibly high rents, there is a lot more insecurity and anxiety,” she said.

As well as working full-time as a teacher, Niazi is a freelance illustrator and co-founder and editor of OOMK, a small, alternative magazine.

She says the fact that work doesn’t pay as well as it used to and no longer guarantees much in the way of security means millennials feel it should at least be fulfilling or it simply isn’t worth it.

“Before, if you were slaving away at a job you didn’t enjoy, at least you could rest assured that you were paying off a mortgage and that eventually there would be some return on your hard work,” she said.

“When you know all the money you earn is not going to guarantee you any security in later life then I think you are less willing to do an unsatisfying job. I think that’s why the idea of ‘playbour’ [work that feels like leisure] is quite important for Generation Y.”

Here then is the paradox of the way work is viewed by many in this generation: they do not want to settle for an unsatisfying job that will barely allow them to get by but, at the same time, they have no choice but to take an unsatisfying job so they can afford to pursue their passion.

It is this desire to match personal values with work that marks out Generation Y, according to Peter Fleming, professor of business and society at Cass Business School in London. “There’s an existential element that is quite prominent in the way Gen Y chooses to work who say: ‘I’m not willing to give up most of my life for this because I’m a person, a human being that wants to be happy.’”

2. Millennials are lazy
When Joel Stein, an American journalist and a member of Gen X, penned his Me Me Me Generation (subscription required) column in Time magazine, he caused a stir. He wrote: “Millennials got so many participation trophies growing up that a recent study showed that 40% believe they should be promoted every two years, regardless of performance.”

Millennials naturally see things slightly differently. Presenteeism doesn’t make sense to people used to working on the move. Why be anchored to your desk for eight hours when you can reply to those emails and start drafting notes during your commute into work, or even in a cafe? That’s not laziness, that’s just working smarter, as millennials may see it.

This may say more about the problematic nature of the label “millennial” than anything else. As Leigh Buchanan, editor-at-large at Inc magazine, says: “One of the characteristics of millennials, besides the fact that they are masters of digital communication, is that they are primed to do well by doing good. Almost 70% say that giving back and being civically engaged are their highest priorities.”

About half of millennials globally have shunned work, and even potential employers, that conflict with their beliefs, according to Deloitte’s millennial survey. This suggests millennials don’t have a problem with standing their ground when asked to do something that goes against their values.

3. Millennials work to live rather than live to work
As a student, Ann-Victoire Meillant co-wrote From Millennials with Love, a collection of experiences of her peers in the workplace. “What we found in our research and from contributors is that we didn’t like the phrase work/life balance, but instead were talking about work/life integration.”

“I love what I do. If my client calls me at 10 o’clock in the evening, maybe it’ll bother me if it’s every day, but if it’s once in a while, I’m super happy that I’m able to help with something important to them,” said Meillant, a human resources consultant working in Paris.

“Finish working at five? How can you finish work at five?” asked the young filmmaker, bemused as he sat back in his chair sipping his coffee in a central London cafe. “Some people are just waking up at 5pm – I have to Skype people in New York at that time, and stay up late waiting for people to wake up in Tokyo.”

Monemvasiotis, who is originally from Greece but lives in London, has blended his work and social lives. He is co-founder of a production company, Pied Piper Pictures, and has also founded Eleven Campaign, a non-profit organisation using football to aid social cohesion – and is able to do most of his work at home equipped with only a phone and laptop.

Sometimes he finishes for the day at 9pm; other times it’s midnight. “In order to have jobs, you have to chase them. Freelance is good money when it comes, but I’ve invested all my savings and time in the organisation and am living month to month,” Monemvasiotis said.

4. Millennials are compulsive job-hoppers
Just as millennials enter the workforce in greater numbers, there is a stack of literature characterising them as job-hopping, needy, deluded narcissists. Books such as Generation Me by Jean Twenge and Not Everyone Gets a Trophy by Bruce Tulgan suggest that millennials are the worst possible employees.

But while it is true many may have one foot out the door – and according to a Deloitte survey two of every three millennials hope to move on from their current employer by 2020 – young people moving on isn’t exceptional to Generation Y. Figures on job tenure for Americans in their 20s today are almost exactly the same as they were in the 1980s. Job-hopping, it appears, is a common feature of being a young worker and not specific to this particular crop.

“Half of managers will say, ‘I really like that millennials demand a different kind of work life’,” said Murphy. “There’s another group who talk old-person style, who think: ‘Those young whippersnappers, I put in tonnes of hours, I can’t understand why they don’t put in tonnes of hours.’”

Tanya de Grunwald, the founder of careers website Graduate Fog and author of How to Get a Graduate Job Now, said attitudes about job loyalty were formed early in a millennial’s career. “I’ve noticed two distinct types emerge,” she said. “If they find a good job fast after graduation, and they feel valued and appreciated in that role, they will typically stay for a long time. They will become institutionalised fairly quickly and be keen to progress within their current organisation, rather than seeking roles externally.

“I’ve noticed that graduates whose career gets off to a bumpier start – say with a string of internships, temp work or freelance work – tend to develop a tougher, more casual attitude towards their employer, and be more likely to switch jobs more regularly,” she said.

Speaking under the glass towers of Canary Wharf, Patrice Thompson, 23, an LSE graduate and a sales support associate in the City, said going to university just after the financial crisis showed her peers that loyalty didn’t always pay off – people who had worked for a company for decades were made redundant.

“I think, as millennials, we’re cautious. This job might not be for ever and we need to develop ourselves, grow, and pursue self-employment so we’re not just reliant on one particular institution.”

This feeling of lack of certainty could make them anxious, said Thompson, who gave a TED talk on intergenerational harmony in the workplace. “They are constantly connected and can see what everyone else is doing. What’s Kim Kardashian doing? What’s Justin Bieber doing? What’s Beyoncé doing? We’re constantly comparing ourselves with our peers, family members.”

The characterisation of Generation Y as needy employees who crave constant positive feedback may not be far from the truth, however. Of those millennials who said they planned to leave their company in the next two years, 71% said it was because their “leadership skills were not being fully developed”.

5. Millennials have little time for experienced colleagues
Other things millennials value in the workplace are “reverse mentoring” – the opportunity to teach skills to older colleagues as well as learn from them – and more time spent discussing new ways of working, mentoring and developing leadership skills.

It is this that Chris Gale, 21, has found so enjoyable about his job as a public sector auditor at Grant Thornton, the financial consultants.

He is able to offer social media coaching to older colleagues, which he sees as valuable experience: “I mean for someone my age it’s rare to be in a position where I’m sat down with a senior partner showing them how to develop their online profile, and I just don’t think that kind of role reversal would have happened a few years ago.” – By Aisha Gani