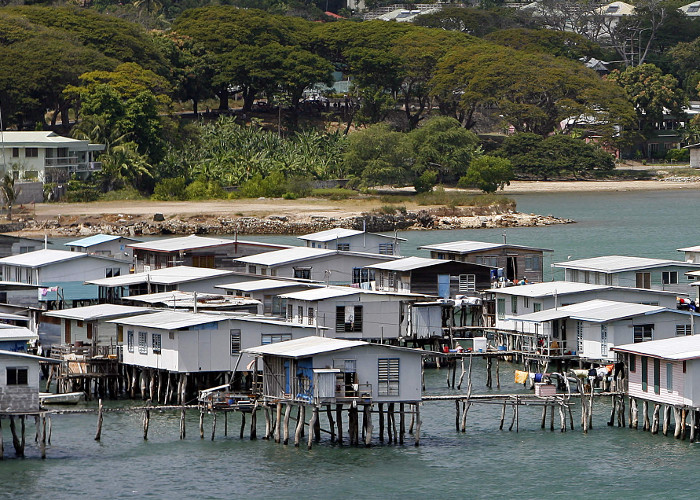 Nearly a quarter of men in the Asia-Pacific region have admitted to committing rape at least once in their life, according to a new survey, with more than half of those respondents claiming they raped for the first time while in their teens.

The study covering six countries – Bangladesh, China, Cambodia, Indonesia, Papua New Guinea and Sri Lanka – found that 10% of men admitted to raping at least once a woman who was not their partner, a figure that rose to nearly 25% when rape of a partner was included.

Nearly 75% of those who had committed rape said they did so because they felt sexually entitled; more than half said they did it for entertainment.

The UN-led study on men and violence collected data from more than 10,000 men and 3,000 women aged 18-49 between 2010 and 2013 in order to understand why men commit violence against women and what can be done to prevent it.

The findings are significant because the Asia-Pacific region is home to over half of the world’s population, making the amount and range of information collected “unprecedented and ground-breaking”, said Dr Emma Fulu of Partners for Prevention, the joint-UN programme that co-ordinated the study.

“This is really the first time we’ve had data on rape perpetration on this scale, not just in the region but in the world, and I think it probably suggests rape is more widespread than we had thought, and the perpetration of rape starts earlier than people perhaps thought, which really highlights the need to start working with younger boys and girls to stop the violence,” she said.

“It’s not just about men’s experience of physical and sexual abuse as children, but the emotional environment they grow up in, which has a big impact on violence later in life, as well as the other types of victimisation, like homophobic bullying and violence and being raped themselves,” said Fulu. “It’s not in any way excusing men’s behaviour – men still need to be held accountable for their action – but it does highlight that we need to understand the lives of men.”

Recommendations for reducing rape in the region include changing social norms, such as the normalisation of violence against women in many countries, promoting alternative notions of “manhood’, ending impunity for men who commit rape, and cutting down on the use of violence to discipline children.

Participants were asked to answer the more sensitive questions on a hand-held device that recorded their responses anonymously.

Researchers purposefully avoided using terms such as “violence” and “rape” in the survey, and instead asked questions such as “Have you ever forced a woman who was not your wife or girlfriend at the time to have sex?” and “Have you have ever had sex with a woman who was too drugged or drunk to indicate whether she wanted it?”.

The number of men who had committed rape varied greatly from country to country, and even within countries.

Bougainville in Papua New Guinea recorded the heaviest prevalence of rape of any kind, where 62% of respondents admitted to having committed rape, more than a quarter of them in the past year.

The lowest was in urban Bangladesh, where 9.5% of interviewees admitted rape.

Nearly 70% of all the men surveyed reported suffering no legal consequences for their actions, with that figure as high as 96.5% in Sri Lanka. – Kate Hodal  © Guardian News and Media 2013