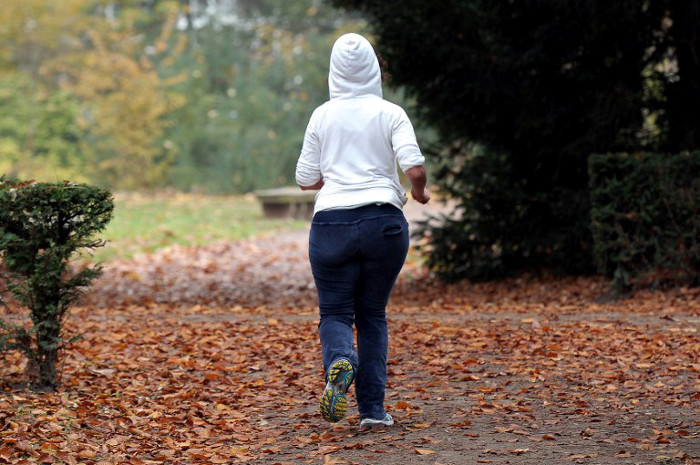 Want to get fit, ditch the device and be a more present parent, and watch less television? Our panel have achieved their goals – and here’s their free advice!

How to get fit, by Bridie Jabour

First of all, to point out the bleeding obvious, this is not a how-to on losing weight. So if you’ve come here to lose that 5kg which is somehow going to make you a happier person, then you have come to the wrong place.

Fitness of course might mean you drop a few kilograms, but if like me there are no plans to go full fanatic then it is unlikely you are going to see a full body transformation. Expect slightly firmer thighs, better concentration and a satisfying sense of smug when you arrive at the office having already belted out 5km at sunrise.

I did not exercise at all between the ages of 18 and 22 years old, but one day woke up and decided I wanted to be able to run 5km.

Since then I have been a regular exerciser for four years. I can run 10km in an hour (59:58!), I can deadlift close to my body weight. I don’t cite these statistics to brag, because they are certainly not brag worthy in the one-upmanship workout world dominated by crossfit fanatics and paleo-drones. I say it so you know getting fit does not have to mean running half marathons, or exercising six days a week in an overpriced but bare warehouse cage.

Fitness, like our drinking and sugar intake, can simply be done in moderation as well.

My first tip is to have a better goal than “get fit”. Specificity is the secret to success. Do you want to be able to bench lift 80kg? Run 5km in less than half an hour? Ride to your workplace because your public transport options are as limited as the Mars Rover’s? Once you have your goal start small. Lift 5kg. Run 500m. And gradually up it each week. Yes, it really is that simple.

Second: find an app. There is something about the way my mind ticks that means I need to know exactly how far I have run and exactly how long it took me. The Couch to 5km app has had good reviews but I just used FitnessPal which tells you how many metres/kilometres you have done. I like stopping my run on a solid number – 5km, 7km, 10km, none of this pissant 5.2km, 6.8km for me.

For those that get bored when running, which is all of us, you can always get a little creative with the app. It’s also good for pushing yourself when you saying: “I feel like stopping now but in 200m I would have done 2.5km so I will then walk for 100m and start running another couple of kilometres”.

Walking can be controversial in running circles, with people like ultra-runners, marathoners and people who run in circles frowning upon it, but us average people don’t have to give it a second thought.

For the final push towards your goal, get a buddy. My younger brother is superior to me in every way when it comes to fitness, the Oasis to my Blur, and he took me from running 5km to 10km within a fortnight when I was stuck in a rut. He actually signed me up to a 10km fun run because he thought my friend who was also running it was hot, but that aside he was an excellent trainer. If you can get someone to run backwards, singing the Troggs and literally push you up hills when you’re about to stop, or even just someone to make you turn up to an exercise session in the afternoon, then half the battle will be won.

Now spring forth my soon-to-be fellow relatively fit people, and be proud of those six-minute kilometres.

Bridie’s resolution for 2015: “To force everyone I know to ring their mothers more.”

How to be a more present parent, by Saman Shad

It’s no secret that modern day parents enjoy a close relationship with their smartphones. I’m one of those parents. My phone has given me access to companionship and advice through the ups and downs of parenting. It’s the first point of contact when I’m worried about something to do with my kids or when I need some relief in the form of social interaction or just a distraction from the rigours of parenting day in and day out.

How close a relationship we form with our phones is up to each of us. But one thing is true – phones can be very addictive. And when it comes to kids with their babbling, or their sometimes incessant questions, it’s easy to turn to the companion that is small enough to fit in one’s pocket.

It could be an email from work, a tweet from a stranger, or a text from a friend – we can’t help but have our attention drawn to our screen. Which is why it is going to take some willpower to say “no, I’m not going to be distracted by you my dear phone”. Especially when it comes to being with my kids.

Tip one: turn off your phone. Most of us don’t even know our phones come with an off button. Go ahead – use it. Turn it off. Put it aside. You will soon realise that what your kids most want is your total, undivided attention. In fact almost all their actions are somehow guided by this very basic need.

Next, listen and talk. Much of the communication we do through our phones is silent. Kids are naturally noisy. They pay more attention to the words coming out of our mouths than we realise. So talk to them. And listen. You’d be surprised at how much you learn from what they have to say.

Third tip: play together. Kids are physical beings. Much of what they learn about the world is how they interact with it. Take the opportunity to do activities together – be it riding a bike, going for a bushwalk or splashing around at the beach. At home get some Play-Doh or bring out those Lego bricks and create. It doesn’t need to be complicated.

Fourthly, schedule your own screen time. Smartphones are a part of our daily lives. So if need be, schedule screen-free time into your diary and stick to it. You may soon find putting your phone away maybe one of the best things you’ve done for the relationship you have with your kids.

How to spend a year without television, by Monica Tan

Last year I became very good at a game I like to call: “How many television episodes can I watch this evening?” It’s probably the only game you get better at the more depressed you are.

I wish I could say all that time was spent on high-quality HBO dramas, SBS documentaries and cult comedies – the kind you can later discuss at hip dinner parties, while sipping glasses of red wine – but mostly I watched cable reruns of The Simpsons, How I Met Your Mother and Sex and the City. Which would only earn me cultural credit points if it was still 1999.

Television is digital crack – potently addictive and often infinitely more fun than the real world. In excess, it becomes white noise that fills the void, while providing little nourishment for the mind and soul.

Thankfully, the antidote is simple but requires commitment. It means first switching off the box (or closing up your laptop) and shaking hands with reality. The less disciplined can also consider: cancelling your Foxtel subscription, deleting your iView apps, switching to a restricted internet data plan and selling your telly.

Then, repeat after me: in 2015 I will do without television. Instead I will sip tea with my loved one. Write that novel. Go for a run. Play with my dog. Learn a new language. Attend that protest. Cook dinner. Join that footy team. Volunteer at church. Take up woodwork. Buy a guitar. Go camping. Have that honest conversation. Renovate the kitchen. Do something that’s risky. Do something that’s difficult. Or do nothing at all but sit and be still.

Image – A woman goes jogging at the Orangerie’s park in Strasbourg, eastern France, on November 15, 2012. (AFP)