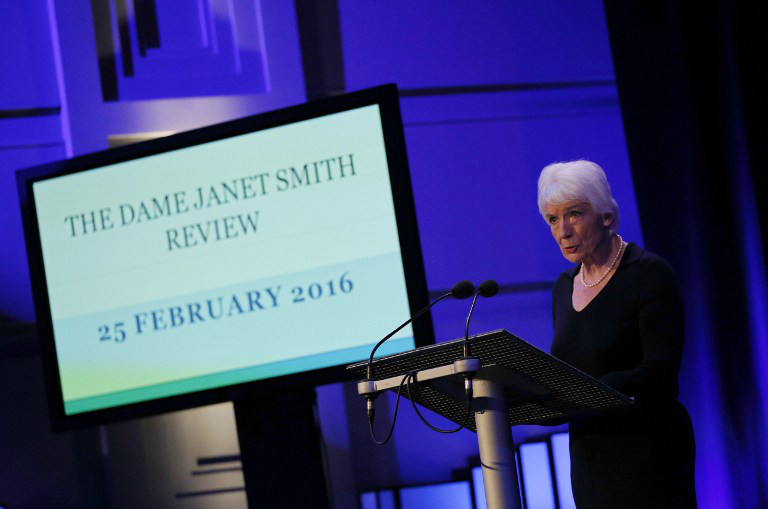 The charge could not be more damning: we now know that one of the UK’s most admired institutions allowed a hugely prolific sexual predator to flourish in its midst for almost half a century. Dame Janet Smith’s report into the crimes committed by Jimmy Savile in connection with his work at the BBC has identified 72 victims, beginning with the rape of a 13-year-old girl in 1959. The DJ’s last-known assault occurred during a recording of Top of the Pops in 2006.

Savile was not the sole beneficiary of a culture that regarded celebrities as untouchable; another report has found that the presenter Stuart Hall abused 21 victims, the youngest of whom was just 10 years old, at the BBC between 1967 and 1991. There is no doubt that the BBC was (and is) in awe of what’s called “talent”, or that a culture of deference towards celebrity has a lot to answer for. But despite all the hand-wringing that’s gone on since Savile was exposed, I’m still waiting for an acknowledgement of the single most salient fact: like most scandals involving sexual abuse on this scale, this is a highly gendered phenomenon.

We are not talking about an atmosphere at the BBC in which well-known women used their power to abuse teenagers and children. Dame Smith’s observation about a “macho culture” is the closest anyone has come to recognising that the BBC empowered male celebrities, placing them in positions where they had unrestricted access to very young girls and boys. From the standpoint of the 21st century, it was a nightmare scenario in terms of safeguarding procedures, failing to consider even for a moment what unscrupulous predators might do with that opportunity.

How different those old Top of the Pops clips look now we know what was really going on. Back in the 1960s, pop culture – characterised by teenage girls in knee-length white boots bopping to the latest top 10 hits – used to appear both modern and benign; it was a welcome reaction against the drab post-war world of the 1950s, when punitive attitudes towards sex forced many reluctant couples into early and unwanted marriages. The darker side of that seemingly innocent world of grinning DJs, rakish pop stars and adoring fans was kept inside the industry, where roadies remained silent about band members who habitually had sex with under-age girls.

When it did come out into the open, girls who slept with pop stars were described dismissively as “groupies”, following an age-old double standard that excuses adult men from responsibility for their sexual conduct. “All kinds of things went on and I do mean young girls throwing themselves at [pop stars] in their dressing rooms, at concert halls, at gigs, whatever,” said the celebrity publicist Max Clifford in 2012. Clifford – who is currently serving eight years for indecent assaults – added that he had been contacted by dozens of big names from the 1960s and 70s who were “frightened to death” of being dragged into the Savile scandal.

Yet for all the talk of different times and attitudes, rape was as much a criminal offence in the 1960s and 70s as it is today. So was sex with girls under 16, the legal age of consent, which has been enshrined in English law since 1885. The aim of that law was to protect vulnerable girls from predatory men, not the other way round, but pop culture created a free-for-all that held teenage girls responsible even for criminal behaviour.

In such circumstances, it was inevitable that victims would not be listened to, a prejudice that would surface in a different context – but with similarly disastrous outcomes – when very young girls were targeted by predatory gangs in Rotherham, Rochdale and other English towns several decades later.

Shocking though the Savile revelations are, they have to be seen in a wider context. His behaviour was enabled by a revolution in sexual behaviour that was supposed to liberate both sexes, but actually offered endless opportunities to unscrupulous men. Its effects were far-reaching, creating poisonous attitudes towards victims of sexual abuse that are still being recycled in rape trials today. But it has also prompted a feminist critique that is vital if we’re ever going to understand the context that men like Savile operate in, and stop them at an early stage in their criminal careers. – Joan Smith