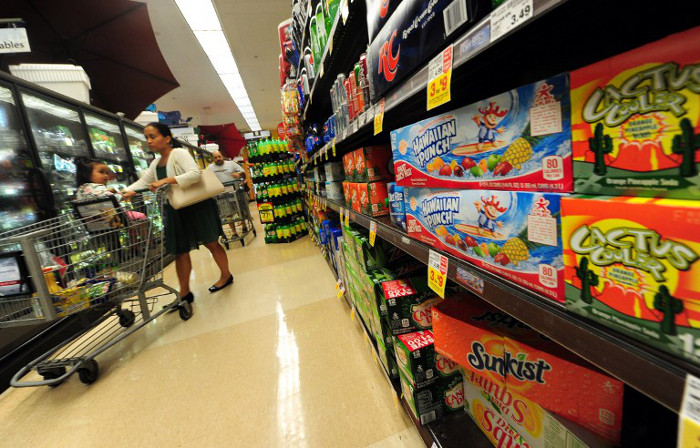 The current obesity epidemic may have escalated in the last 30 years but body-shaping, dieting and the fear of fat all have a long and wretched history. The ideal body has always been revered in the arts, medicine, politics and philosophy, and that ideal has changed over time.

It has swung like a pendulum from the 16th century, when women (and some men) squeezed themselves into metal and bone corsets that restricted movement and risked crushing internal organs, to the 18th century, when figures were free in flimsy empire-line shifts. In the 19th century, Victorian women were trussed up again into that period’s desirably fecund shape, all bustles and breasts. Then, after the first world war, when women had rejoined the workforce and secured the vote, the straight-up-and-down flapper figure was all the rage, and curves were bound and flattened.

In the 1920s, the medical profession began to worry that the new “slimming mania” might be dangerous, and it sent the press into a frenzy: women with boyish figures could turn into lesbians, they screamed, society will wither — all this as they sold advertising space for obesity cures, scales, corsets and diet devices. After the second world war, things changed again and “sweater girls” such as Jayne Mansfield and Jane Russell personified the new shape, their natural curvaceousness emphasised by pointy Playtex bras and Vanishette roll-ons: rubber was no longer required for the war effort so a new outlet had to be found.

Preferred body shapes alter as societies change, and when the women’s liberation movement arrived in the 1960s and 70s, restrictive underwear was chucked out once more. Now, while many of us seem terrified of bulges and dimples, many more of us are spilling out of our clothes. It’s a cultural confusion born of conflicting opinions, moral panics, economics and environment.

The beginnings of mass media in the 19th century, with its nascent celebrity culture, diet adverts and seductive before-and-after images, fed and bred the shame and anxiety that drives body dissatisfaction and dieting. An avalanche of novel eating regimens, slimming foods, lotions, potions, pummelling, mastication and electrical devices hit the hungry market. High colonic irrigations and apronectomies were offered in the underworld of medicine, where doctors eagerly exploited women willing to suffer pain and prolonged discomfort, and to spend the last of their own money on having their excess fat cut away. These unscrupulous surgeons believed their patients had a “mental twist” — but that didn’t stop them profiting from their insecurities. This was happening over 100 years ago, yet it remains big business today.

In the early 20th century you could buy tape worm pills and, the advertisement promised, “Eat, eat, eat” before taking another pill to kill off the worm. You could swallow laxative tablets such as Bile Beans and Figuroids, smoke cigarettes (secretly) laced with appetite suppressants, bathe in Every Woman’s Flesh Reducer, wear skin-macerating rubber knickers, suffer an enema or be massaged until your fat oozed through your pores like “mashed potato through a colander”. Over-the-counter diet drugs were big news. Some were useless, containing Epsom salts, sugar and soap, but a few were downright dangerous, with poisonous ingredients to speed up your metabolism, such as arsenic and strychnine. There were new synthetic hormones and, disastrously, dinitrophenol, a carcinogenic dying agent used in first world war explosives and now, tragically, back in the news again.

Alongside all the diet books, articles and magazines, a rash of works on obesity was published in the 1920s, such as Dr J Frumusan’s The Cure of Obesity and Dr Leonard Williams’s Obesity. Williams wrote somewhat hysterically about “self-indulgence, greed, and gormandising”, and vilified the obese as “disgusting because they represent an unsightly distortion of the human form divine, and a serious impairment of the intellectual faculties”. In 1958 Dr Richard Mackarness wrote Eat Fat and Grow Slim, and argued that there could be a genetic cause for obesity.

The consensus now is that increasing obesity rates are likely to be the result of a changing food environment — where, what and how much people choose to eat and how much they move. The food industry has engineered products to appeal to our biological cravings for substances that increase our risk of major chronic diseases: calorie-dense and nutrient-poor. And it is all increasingly available, cheaply, and attractively packaged.

The food environment is radically different from what it was just a generation ago. Like the tobacco and alcohol industries, many food and drink companies put all the emphasis on individual responsibility so that the health-related costs of their products are dumped straight back on to the tax-paying consumers. The diet industry that so fostered our obsession with fat will now be the one to profit from the obesity epidemic. – By Louise Foxcroft