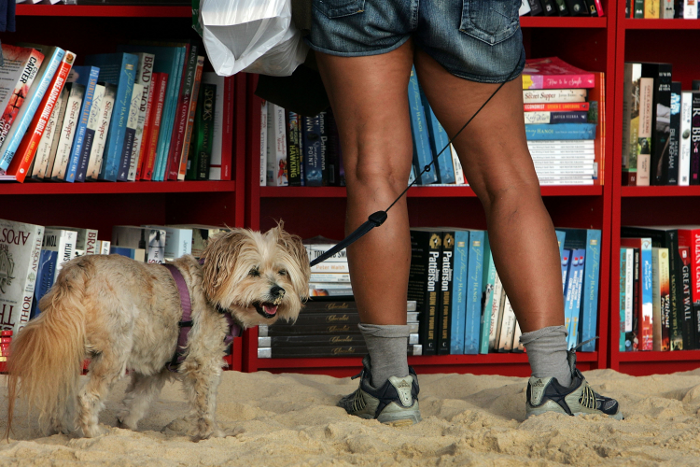 The Open Book Festival is on at Cape Town’s Fugard Theatre until this Sunday, September 21. Debbie Loots spoke to a few participating local feminist authors, a publisher and a male blogger — one who likes to tackle men’s sexism and bigotry — about how relevant global feminist trends are to South African culture.

There’s a new feminist on the blog. Feisty, brave and outspoken, she’s part of feminism’s so-called fourth wave and her struggle is online. American author and blogger Roxane Gay is a professor of English at Purdue University.

On Twitter last week she participated in South Africa’s debate on the Oscar Pistorius trial by lamenting Judge Thokozile Masipa’s judgment. “Good to see the value of a woman’s life is pretty much the same everywhere in the world.”

In her book The Bad Feminist, she shares her failings and insecurities and Twitter profile page shows a shot of Beyoncé performing Flawless, while the word “feminist” glitters in large capital letters behind her profile. Some third wavers may deem Beyoncé an unlikely candidate for the cause, albeit credibly backed by her appropriating, in her videos, quotes of Nigerian author Chimamanda Ngozi Adichie. Talking of unlikely, Taylor Swift’s also recently stepped out of the “I’m not a feminist, but … ” closet.

Jessica Valenti of the Guardian says it’s okay for celebs to jump onto the bandwagon, as long as it’s for real. They must follow up with action. So, while we wait for Swift to cement her talk in deeds, we go home-grown for literary opinion on popularising feminism here.

Meg Vandermerwe, author of Zebra Crossing and lecturer at the University of the Western Cape, roots as much for Beyoncé as she does for the legacy of the seminal 1992 text, Women Who Run with the Wolves. These aren’t necessarily opposing feminist representations, just different.

“It’s great that Beyoncé and Taylor Swift are reclaiming this problematic term. I think women have, throughout the ages, been persecuted in various ways for seeking self-empowerment. But for a popular feminist book to be appropriated in South Africa there will have to be a collaboration between women from different cultures. There is no homogeneous notion of womanhood.”

A case in point is the view of celebrated author Zukiswa Wanner who now lives in Kenya. She finds her feminism to be very localised. “Less Beyoncé and more Pumla Gqola, Nomboniso Gasa, Betty Muragori, Wambui Mwangi,” she says. “I often think of feminism in a very practical way, how can I get a female university student, who starts a piece protesting domestic violence with ‘I am not a feminist but … ’ to question why she feels feminism is such a bad thing.”

Futhi Ntshingila feels similar. Writer of the new novel Do Not Go Gentle, published by Modjaji, she is most comfortable with the feminist variant of authors Alice Walker and Mercy Oduyoye. “Oduyoye is not well-known, or even glamorous, but she is for me. When someone like Beyoncé ventures into such highly-contested territory, I am sure it concerns some feminist theorists. Not that she doesn’t have the right to claim it. Maybe she’s inventing her own version!”

Founder of independent feminist publisher Modjaji Books, Colleen Higgs remembers being a young feminist in the eighties. “It was a lot more prescriptive back then,” she says, “while today’s feminism feels less strict, I think South Africa is still very conservative and patriarchal. And, it doesn’t strike me that Beyoncé truly gets what a feminist is. Lady Gaga is more transgressive.”

Award-winning writer and blogger of practical ethics, Tauriq Moosa doesn’t see the popularising of feminism as a problem. “Rather that,” he says, “than feminism seen as entitled women whining, or women demanding to be treated ‘better’ than men. And, this hasn’t stopped the more potent aspects, calling out and tackling sexism and misogyny. People can call themselves what they want: one thing I’ve learnt is how suspicious we should be of dictating what people can and can’t be. It would be interesting to know what Beyoncé means by feminism versus what someone like Amanda Hess or Roxane Gay thinks.”

Time’s up, but bets are on that Taylor will muster up something catchy soon.