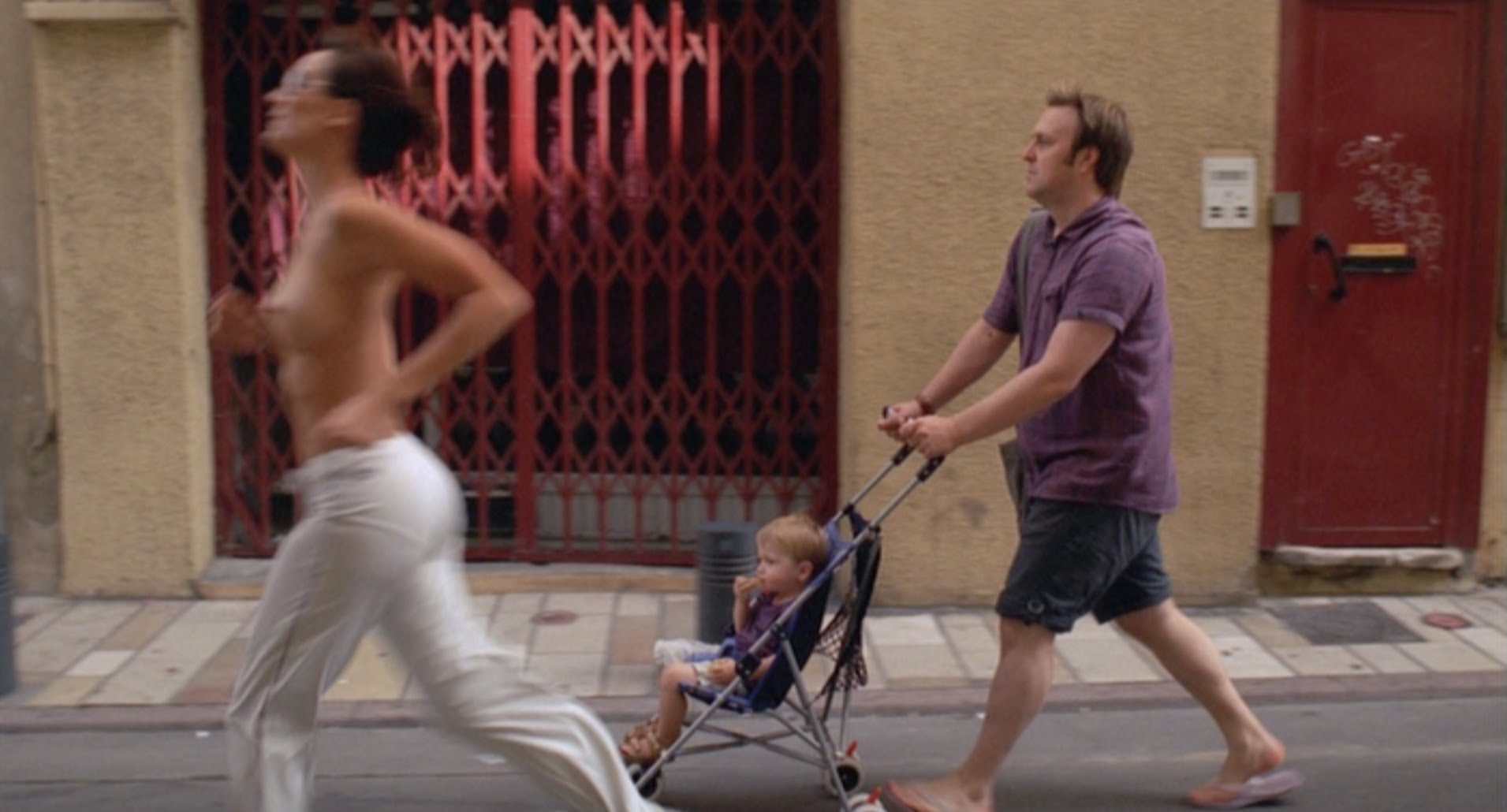 Have you seen the film Oppressed Majority (Majorité Opprimée)? In less than a week since its director Eléonore Pourriat uploaded it to YouTube, the version with English subtitles has been watched over 2.3m times – and rising. The 10-minute film tells the story of Pierre, an ordinary guy, on an ordinary day, in an unnamed French town. But something is different in Pierre’s world. Women are in charge. They run around barechested – hey, it’s hot! – piss in an alley, and offer sexual favours to Pierre when he is stuck at a red light. (He’s riding a bike, so his lack of physical barriers provides an opportunity if not a provocation.) Events culminate when Pierre is sexually assaulted at knifepoint. Inevitably, the police officer who takes Pierre’s statement is female. She raises an eyebrow, but only to check for accuracy: “She pinched my testicles … then she took my penis in her mouth and bit it”?

Ouch. Why that particular assault? “It is the complex of castration,” Pourriat says, speaking from Paris. “The worst fright of men. I wanted it to be not so realistic but frightening.”

Pourriat made her film five years ago. It won an award at a festival in Kiev but made little impact in France or online. So why its contagion now?

“Actually, when I made it I hoped there would be an interest like this,” she says. “In France five years ago people asked me if being a feminist was so contemporary. Today no one asks. The feminist fight is more important now. Five years ago I felt like an alien. Now my film is making a buzz because rights are in danger. You see that in Spain with abortion rights. The whole thing about marriage for all, the homophobia and sexism. It is like a black tide today in France.”

One of the strengths of Oppressed Majority is the completeness of its matriarchal vision. No woman lets the side down. They all play their part, right down to Pierre’s wife, whose lack of sympathy chills. She would have come to Pierre’s side sooner but was held up at work. “I couldn’t get out of the meeting … But I think I really knocked ’em dead.” Why is she so brutal?

“I wanted her not to imagine, not to sympathise, not to be able to feel what he feels,” Pourriat says. “So often when women get assaulted, people say it’s their fault. Even close people. That’s what I wanted to say with this character.” She says that the film “came from a personal experience. I was a woman. I was 30 years old. And my husband didn’t believe that I was – I was not assaulted, but I got remarked on in the street. Very often. He said, ‘Wow. That’s incredible.’ His surprise was the beginning of the idea for me. Sometimes men – it’s not their fault – they don’t imagine that women are assaulted even with words every day, with small, slight words. They can’t imagine that because they are not confronted with that themselves.”

Pourriat realised that the film had gone viral only when she started seeing activity on Facebook. Her YouTube mailbox filled up, but the messages were so aggressive she deleted them. “I kept one though because really, you can’t believe it. Someone said: ‘More patronising feminist bullshit. Keep whining, bitches!’ When I read that, I was more convinced than ever that I have to continue to make films.” She is already working on her next project – a mockumentary about the removal of pubic hair. – By Paula Cocozza © Guardian News and Media 2014