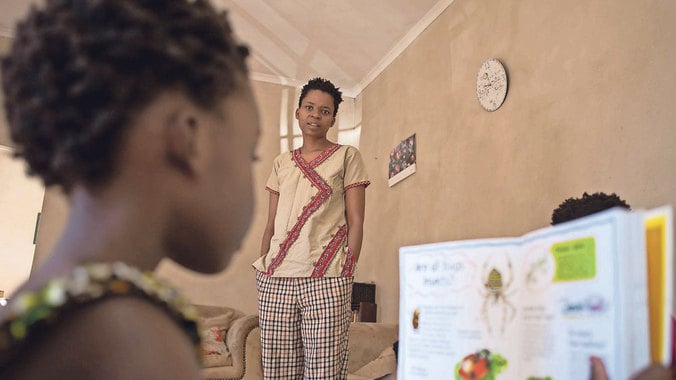 The tiled lounge in the Midrand apartment has three brown suede couches with metal legs arranged against the white walls. A small, low table draped in a red cloth and surrounded by children’s plastic chairs is in the centre of the room.

The walls are bare, except for a ceremonial African mask and an intricate wooden ankh engraved with Egyptian motifs facing off against each other from opposite walls. A bookshelf in the corner of the room contains children’s storybooks, books on computer science and volumes of the Metu Neter, a series on Kamitic spirituality. There is no television.

This is the classroom of nine-year-old Aza Madiba and her seven-year-old sister Chika Madiba.

The girls are part of a network of black families that have chosen to home-school their children primarily out of a concern about the state of the country’s education system.