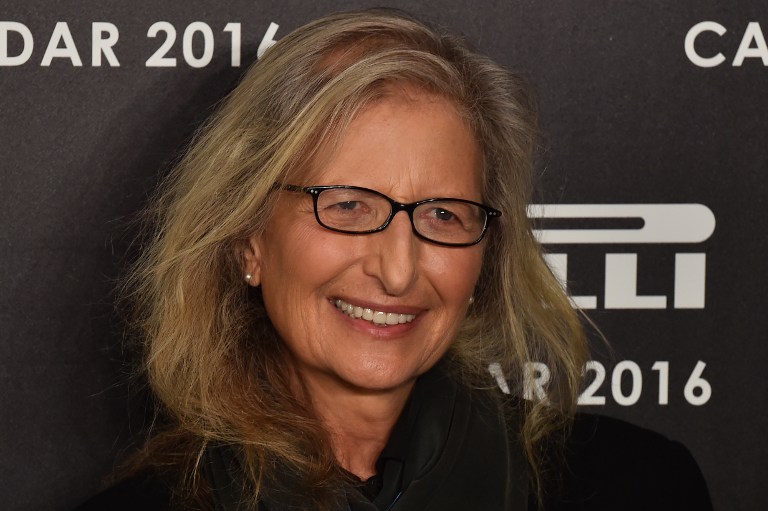 The annual calendar produced by Pirelli tyres – which traditionally centres on the artfully lit nude bodies of female supermodels – has been unveiled, presenting a dramatic shift in subject matter and aesthetic.

Gone are the gym-toned limbs and heaving bosoms; in their place for the 2016 calendar, shot by Annie Leibovitz, are simple portraits of women of various sizes, ages and ethnicities chosen for their “professional, social, cultural, sporting and artistic accomplishment”.

The tennis star Serena Williams was one of just two scantily clad stars, posing in a balletic lunge with her muscular, naked back to the camera. December’s subject, the comedian Amy Schumer, sips from a lipstick-stained takeaway coffee cup in her underwear, with soft rolls of flesh visible on her stomach.

At the launch of the calendar on Monday, Leibovitz explained that none of these photographs had been conceived with the male gaze in mind. Williams’s photo was “not a nude but a body study”, she said, while Schumer’s was a comic conceit: “The idea was that she was the only one who had not got the memo about wearing clothes.”

To the uninitiated, the Pirelli calendar might sound like a tatty document destined for mechanics to stare at in a garage. But during its 50-odd years of production, Pirelli has worked hard to cultivate a sense of artiness and exclusivity around the images. In its hard copy form the calendar is only sent out to a select and secret few, although the images circulate widely on the internet.

They are given a veneer of respectability, and fashion industry approval, thanks to the inclusion of the world’s top supermodels and actors – Kate Moss, Gisele Bundchen and Julianne Moore to name a few – who are photographed by illustrious names including Herb Ritts, Richard Avedon and Helmut Newton.

Monday’s slick launch event, in the grand ballroom of the Grosvenor House on Park Lane, London, underlined the seriousness with which Pirelli takes the calendar as a marketing exercise. The world’s media gathered for the unveiling of the images, listening as Clare Balding interviewed Leibovitz and three of the calendar’s subjects – Gevinson, Gund and Chen – on stage, while the proceedings were translated via headsets into four languages.

The women spoke warmly of the calendar’s symbolism, with Leibovitz describing it as representative of a shift in the way women are viewed. The tyre manufacturer’s chief executive, Marco Tronchetti Provera, said the company had been looking to make a departure from the usual format of its calendar this year, one that felt “very timely”.

“Women who have done something outstanding in their lives, from every corner of the world. This represents what Pirelli thinks is beautiful,” said Tronchetti Provera.

Leibovitz added that the images were designed to look as natural and effortless as possible, with little “pretence” to the pictures. Though shot in flattering black and white, they had been subject to just a “little cleaning up” of the images rather than the usual heavy post-production work, she said.

Though Leibovitz, who also photographed a calendar of nudes for Pirelli in 2000, declined to describe the calendar as a feminist watershed moment for the brand, she said: “Pirelli has always given free rein to the photographer, so it’s really about choice of photographer. I think the company has wanted to shift for a few years and my mandate was that they wanted to see some change.”

During a behind-the-scenes film shown at the launch, the photographer’s almost-namesake Lebowitz offered a slightly different analysis: “Perhaps clothed women are going to have a moment.” – By Hannah Marriott

Image – US photographer Annie Leibovitz poses during a photocall for the launch of the 2016 Pirelli calendar in London on November 30, 2015. (AFP / Ben Stansall)