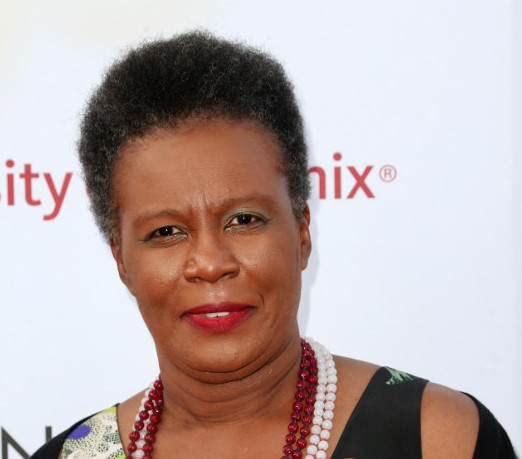 When Serena Williams was contesting the US Open in 2012, the American poet Claudia Rankine watched from the stands, engaged in a parallel skirmish of her own. She had taken her nine-year-old daughter to the final. They were sitting next to a white American. “And the guy,” Rankine says in surprise, “is cheering for the other player, not for Serena. So I say to him: ‘Are you American?’ And he says: ‘Yes.’ And I say: ‘So why are you cheering for the player from Belarus and not Serena Williams?’”

The man replied that he wanted a close match. Williams had taken the first set. “Oh, so it’s not that you don’t want Serena to win?” Rankine clarified, and the man assented.

Before long, the match entered an edgy third set, so tight that it surpassed the hour mark, and all the while Rankine’s neighbour continued to urge on the Belarusian. At this point Rankine caught his attention again. “And I say to him: But, look – now it is competitive!”

Rankine is chuckling while she tells this story – of how the spectator promptly vacated his seat, how her intervention made her daughter cringe with embarrassment. The man’s cover – his support for the white “outsider” was so obviously racism masquerading as sportsmanship – was so flimsy as to seem laughable. But then Rankine stops laughing.

Rankine’s fifth book, Citizen , is full of these moments. A prose poem that runs over 160 pages, it won the National Book Critics Circle award for poetry in March, and is brutally topical. “Brutal,” Rankine says, “because it calls up the reality of the brutality.”

The book recounts incidents of everyday racism, “calling them out”, as Rankine puts it, in the way she called out the bigot on the tennis court.

So, a black woman is jokingly hailed by a friend: “You are late, you nappy-headed ho!” Someone else confides: “Being around black people is like watching a foreign film without translation.” A man jumps a queue in a pharmacy because he “didn’t see” the black person ahead of him.

“What did he just say? Did she really just say that? Did I hear what I think I heard? Did that just come out of my mouth, his mouth, your mouth? The moment stinks,” Rankine writes.

Soon, these small, private experiences – which Rankine gathered from her own life and from friends’ anecdotes – begin to accumulate. Their power is incremental, collective, claustrophobic, in the text as in life. Echoes and repetitions across the prose poem enact a sort of systemic spread. Soon this private world of solitarily experienced, silently swallowed incidents erupts into the sphere of public event and global notice.

This feels most acute when Rankine lists the names of black men recently killed by police in the US, including Michael Brown, Eric Garner and Walter Scott, with only a brief verse commentary on the facing page: “because white men can’t / police their imagination / black men are dying”.

Rankine revised the poem for the second and third printings to include the names of Freddie Gray Jr and other male victims of racially motivated attacks who had lost their lives between the editions.

“I know in the States right now, movements such as Black Lives Matter have been grappling with this issue of whether those black lives also equal black female lives, and why the media doesn’t focus on the loss of black female lives as much as it focuses on the loss of black men. There are practical reasons,” she says. “ Race studies professor Kimberlé Crenshaw has talked about how the numbers are just higher for black men. But there is a way in which black women are at the bottom. The invisibility of black women is astounding.”

Future reprints of Citizen may include the victims of the Charleston shootings: Rankine, poignantly looking ahead, left space on the page. “In many ways, it’s a documentary text,” she says. “The book sits on top of a devastating and despairing reality that is both moving forwards and backwards.”

Rankine, 51, grew up in Kingston, Jamaica, moving with her parents to the Bronx, New York, aged seven. Her father took a job as a hospital orderly, her mother as a nurse’s aide. It was a reading household. In Jamaica, Rankine’s mother had memorised poems at school, which made her “quite a big advocate” for poetry. The first poem Rankine knew was Emily Dickinson’s Because I Could Not Stop For Death, which her mother read to her a year after the move to the US. Without missing a beat, in tender, sombre voice, Rankine recites its opening lines.

“For a child of immigrants, [choosing to be a poet] was a huge decision,” she says. “You don’t become a poet if you want to make any money.” Her parents were initially confused by her intended career, but the master of fine arts in poetry led to a teaching post. “And once I got a job … ” she laughs, “once they saw that, yes, I could live without their help, they were OK.” These days Rankine is a literary big cheese: professor of English at Pomona College and a chancellor of the Academy of American Poets. In her spare time, she makes “situation videos” with her husband, film-maker John Lucas.

Citizen is a challenging piece of work, inviting self-examination in a spirit of complicity. Or, in Rankine’s words, “It is both accusative and loving.” She started writing it in the first person, but could not make it work: the stories belonged to other people, too. When she hit on the idea of the second person, initially it was a “joke” – about blackness as the second person, she says. But, as a technical choice, it works brilliantly.

Citizen’s “you” refuses to denote a single addressee, let alone one gender or one racial identity. Its referent changes from line to line. It telescopes in and out, singularises, pluralises, reverses, and its shifts keep the reader mobile, continually asking: Which one am I? Where do I fit in? It is impossible to read without questioning your own part in the racist social structures it recounts.

The poem is a song and a summons, a cry and a gathering, one long “calling out” like the one that Rankine put into practice at the US Open, and which she exercises in daily life. This, she says, is partly a function of responsible parenting. If she is out with her daughter in a public place “and somebody does something that is unacceptable or says something that is racist, I call it out immediately,” she says.

She has written in the New York Times magazine about the challenges of being mother to a black son right now, but what does she feel are the particular challenges of raising a daughter? “I feel it’s about modelling for her a sense of my own agency in the world. Nothing I say can equal what she sees me do in the world. In an odd way, it’s more about me being vigilant around how I value myself; how she sees me interacting with other people; what I put up with, and what I don’t.

“How do you keep the black female body present and how do you own value for something that society won’t give value to? It’s a question I try to answer through my own life.”

It was five years ago that Rankine began casually asking her friends to share their experiences of “where they were in some kind of interaction, and suddenly race occurred”. Did she ask her daughter to contribute?

“If there is an urgency around unsettling these issues,” she answers, “I think it is engendered from being a mother. It’s hard to believe your child is going to have to go through the same dynamics in the next half-century that you’ve just finished with.” There is a long pause before she adds: “Her contribution is really her presence.” – By Paula Cocozza

Citizen: An American Lyric by Claudia Rankine (Penguin Books) is published on July 2.