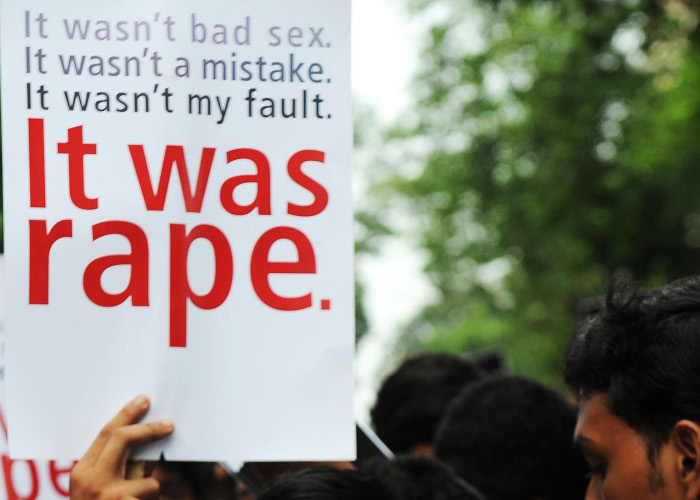 It was what he was wearing. I couldn’t help myself. He was asking for it with his eyes. I sauced him up with a bit of brandy, and then a bit more, and took him to bed.

In bed he rolled around like a fish out of water, hardly conscious, spilling the glass of Amarula I gave him as he got in the door, but that didn’t stop me taking his pants off. He was flirting all evening, and I was sure that he was keen. Why else would he have placed his hand on my arm that way, or worn that cologne? He was practically begging for it — those shiny shoes, that tailored blazer. Dressing like that, I’m sure he gets around.

Pants off, there wasn’t much to work with, but I tried anyway. Held him tight, wrapped my fingers around until the blood responded to my touch. His eyes were closed but I knew he was awake — faker!

To be kinky I tied his hands to the bed post. That’s how they like it, these flashy guys in their fancy suits. To be rode hard with no questions asked. And fuck if I was asking any. He didn’t need to say yes for me to know that he wanted me. I could tell. His struggling turned me on even more — I knew it was all part of the act. Pretending like he didn’t want it. When I was done I climbed off, untied his hands. Pushed him over on the bed, and climbed in.

In the morning he was still there, so he must have had a good time. He was playing all sheepish, like he didn’t know exactly what he’d come out last night for. He said he didn’t remember much — I told him to stop pretending. He knew what we’d done. He quietly asked me for a lift home, said he couldn’t find his keys. That’s when I knew that he had enjoyed it — he wouldn’t have wanted to hang around otherwise. Spending time with me in the car was just what he wanted.

I’ve tried to write this piece to gauge your reaction. Did you believe that she was right — that he deserved it, that he wanted it? That the way he behaved afterwards — hung around and asked for a lift — clarified that he’d wanted it all along? That the way he dressed led her on?

Rape myths are harmful to rape survivors and ignore the variety of experiences and reactions they have. Don’t believe them.