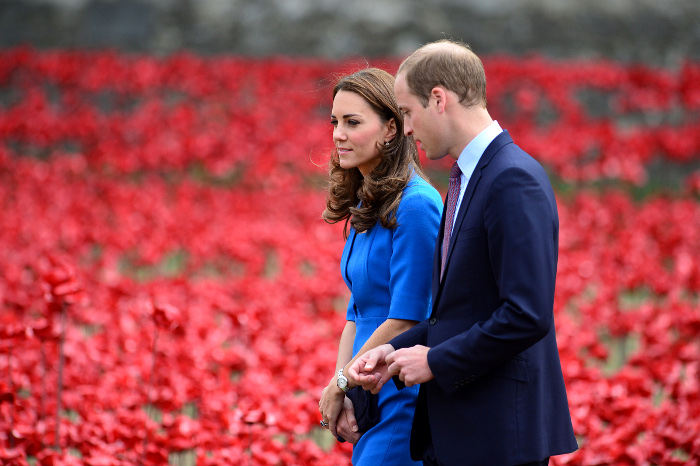 As soon as the Duke and Duchess’s news broke on Twitter on Monday, I logged off and resolved not to return until the equally tiresome witty derision and breathy sycophancy had died down.

And then I got to thinking (you know, that thing you’re forced to do when you’re not on Twitter). How are any of us mothers ever ready to decide to have a second child?

My husband and I only have one child, and deciding to have her was easy-peasy. “It would be quite nice to have a baby,” went my brain, because babies really are quite nice when you only ever see them in pictures or from afar, and especially when they’re wearing beanies with ears.

And then you’re pregnant, and excited, because this is unchartered territory and it’s all so incredibly momentous. You document your symptoms in your pregnancy blog (guilty!) and relish the email or app updates telling you that your foetus has gone from the size of an apple to the size (though hopefully not shape) of an avocado. And it is momentous – hearing the heartbeat at nine weeks, finding out you’re having a girl at 13 weeks, even though you were so sure it was a boy, making lists of names and second names, and Pinning ideas for the nursery — these are wonderful experiences.

But if you’re like Kate (and I can’t help thinking of her as “poor Kate” in this context, even though I am by no means uncritical of what she stands for), and you were so ill during your pregnancy that you had to go to hospital, how on earth do you decide to do it all again, and so soon? I mean, I felt pretty rotten for the first four months of my pregnancy, but I never even had to skip a day of work because of morning sickness, and my kid’s two-and-a-half and I’m still not totally prepared to be walking around feeling motion sick and weak for 15 weeks again.

Add to that the fact that I had such bad heartburn for at least six months I couldn’t eat anything even remotely spicy (feeding me bland food is basically putting me in prison, or, at the very least, boarding school), and the fact that I’d wake up almost every night with my calf muscles locked in spasms so painful that I couldn’t breathe until my half-asleep husband had massaged them out, and you’ve got a recipe for a woman who views pregnancy as a terrible burden to be endured for a good cause, rather than a time for beaming and glowing.

And don’t get me started on the concept of having a tiny baby to look after. Sure, the beginning was amazing – for about two weeks after she was born, I was on a total high. My baby was healthy, abnormally beautiful, and just slept all the time. I had to wake her up to feed her. I vividly remember telling my incredulous mother-in-law that I wished she would cry more.

Of course, she did, eventually. By the time she’d been in the world for three weeks, she had found her voice and I started losing my sanity. The excitement was over – the congratulations on social media had died out, my husband was back at work, and I was still expected to wake up every three hours to feed the baby. I’d already done it for almost a month – wasn’t that enough? The daily grind of being tired all the time, having a messy house and sore nipples, along with a baby who couldn’t smile or do anything nice was wearing me down. But I did what every mother does – kept plodding on.

Looking back, you wonder how on earth you did it when you were so strung out that you didn’t recognise yourself, because you weren’t yourself, you were someone else that you couldn’t really get a handle on because your view was eclipsed by the face of your child. That perfect face that you loved immediately. That perfect child of whom you were already ferociously protective.

When she was about six weeks old, I remember asking my husband miserably, “When will things be fun again?” Hormonal chaos, sleep deprivation and base disillusionment pushed me into those slumps, and they didn’t end when the baby started laughing and sitting and showing evidence of her content, bubbly personality, but they got more infrequent, and now that she’s the most affectionate, entertaining person I’ve ever met, they’ve vanished completely.

But now that I know what to expect, I am a lot less eager for round two. Maybe it will be easier the second time – or maybe we know it won’t be, but it’s what we have to believe. Or maybe I’m overthinking things. Go with the flow, they say. If it happens, it happens. I think I’m too much of a control freak for that approach – but at least it will get me out of my own head. And if that fails, there’s always Twitter.