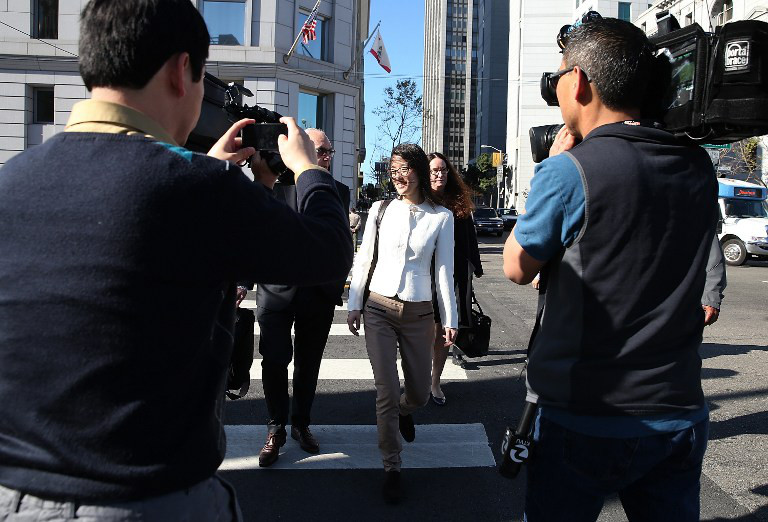 Sixty percent of the women working in Silicon Valley experience unwanted sexual advances, according to a new survey released this week. About two-thirds of them say that these advances were from their superior.

The survey called Elephant in the Valley was conducted by seven women, one of whom was a key witness in the Ellen Pao trial last year.

“The inspiration for this survey came out of the incredible conversation from the Ellen Pao and [Kleiner Perkins Caufield & Byers] trial. What we realised is that while many women shared similar workplace stories, most men were simply shocked and unaware of the issues facing women in the workplace,” wrote the survey’s authors.

The women behind the survey include Trae Vassallo, angel investor Ellen Levy and media and marketing research consultant Michele Madansky.

In 2015, Vassallo, who used to be a general partner at Kleiner Perkins Caufield & Byers (KPCB), was subpoenaed to testify against the company during the Ellen Pao trial. Back in 2012, Pao filed a suit against KPCB accusing them of gender discrimination and retaliation. When the case went to trial in 2015, Vassallo was the first witness called to testify on Pao’s behalf. In her testimony, Vassallo recounted unwanted advances from Ajit Nazre, a male colleague who had an affair with Pao. Pao claimed Nazre retaliated against her after she ended their affair.

Vassallo said that her testimony made her realise how prevalent this type of behaviour was.

“The surprising thing for me was that in talking about it, I had an overwhelming number of women come back to me after that experience and say: ‘Thank you for talking about it. By the way, that is what I lived through.’ And what was shocking to me … [was that] I was not the only one and what really got me was the fact that just anecdotally, it seemed like more than half of all the women I talked to had some horrific set of experiences,” Vassallo told Re/code’s Kara Swisher.

According to the survey, 90% of the 220 women interviewed by Vassallo and her co-authors had witnessed sexist behaviour at company off-sites and/or industry conferences. About 87% of them had heard demeaning comments from their colleagues.

The majority of the women surveyed, at 77%, were 40 years or older. Three quarters of them had children. One in four had C-level positions, which are some of the highest-level jobs within a company. One in 10 were founders and another 11% worked in venture capital. Women surveyed included employees from companies including Apple and Google, and more than 90% of the women surveyed work in the Silicon Valley area in and around San Francisco Bay.

While the majority of women Vassallo spoke to had been aware of the way women are treated at work, she said most of the men did not have any idea.

“They just were not aware of it,” she said, attributing it to the fact that much of this behaviour goes unreported.

More than a third, 39%, of those who said they were harassed in the workplace did not report it because they did not want it to negatively impact their career. Another 30% said they just wanted to forget it. Of those who reported it, 60% said they were dissatisfied with the action taken.

In addition to being on the receiving end of unwanted attention, women interviewed were often discriminated based on their gender in other ways as well. For example, 75% of them were asked about their family life, marital status and children in interviews. About 40% of them felt that they ought to talk less about their families in order to be taken more seriously. Additionally, 52% of those that took maternity leave cut it short so that it would not hurt their career.

One respondent said she stopped keeping photos of her children on her desk.

“I told my direct supervisor that I needed to take some short-term medical leave in order to have fertility treatment. His response was that he wanted to make sure I understood that having a second child would be a career-limiting move,” said another.

The survey also found that 84% of those surveyed had been told they were too aggressive.

“At Company X we had a joke that there were only two reviews for women – you are either too reticent or you are too bossy – no middle ground,” said one respondent.

About 47% of women had also been asked to do lower-level tasks, like taking notes or ordering food, that were not expected of their male colleagues. Additionally, two-thirds of the women surveyed felt excluded from networking opportunities, including lunch meetings at Hooters and on the golf course, because they were women. – By Jana Kasperkevic