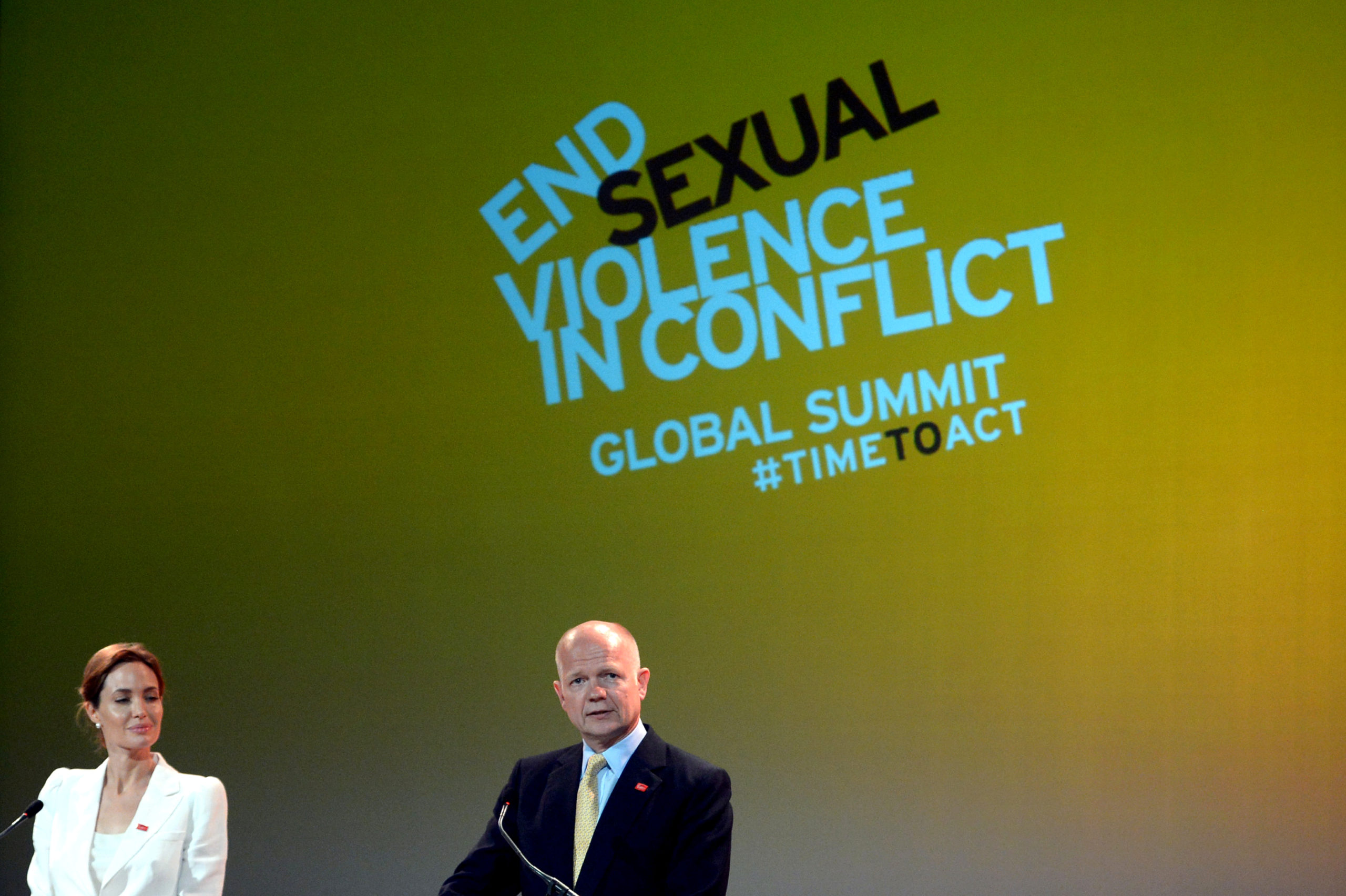 The lush, thick rainforests that run along the border between Liberia and Ivory Coast have witnessed unimaginable horrors over the past few decades. In the 1990s, waves of refugees from Liberia trekked through the almost impenetrable bush to escape the violence engulfing the country. The UN states sexual violence was a “characterising feature” of the Liberian civil war; few perpetrators were ever prosecuted.

The forests bore witness to a similar exodus early in the following decade, this time in the form of Ivorian refugees fleeing fighting in their own country – as happened again in 2010, when Ivory Coast’s disputed presidential elections sparked a second civil war. Thousands of Ivorian refugees made the same journey back into Liberia, many with stories of sexual violence, rape and murder; again, there were no prosecutions.

This week’s ending sexual violence in conflict global summit aims to change that. More than a 140 countries have signed a declaration on ending sexual violence during conflict, championed by William Hague, the UK foreign secretary, and Angelina Jolie, the special envoy for the UN high commissioner for refugees.

Among the summit’s attendees will be Kim Thuy Seelinger, director of the sexual violence programme at the University of California‘s human rights centre. She has helped develop the international protocol on the documentation and investigation of sexual violence in conflict, which will be launched this week. She says cases too often go undocumented, with the resulting lack of evidence preventing prosecutions. In Liberia and Ivory Coast, atrocities took place in remote areas or in situations of intense fighting and chaos; getting credible evidence from victims desperately in need of shelter, food or psychological support is a huge challenge.

In an area of Bouaké, a former rebel stronghold, Kouassi Konan has established a neighbourhood watch group. “Our objectives are to protect women and children,” says Konan, 29, explaining that, when he set up the group in 2004 – during the height of the country’s political instability – “there was no school and children were on the streets”.

Konan started an informal school to get children away from the fighting. “There was no law, there was no police, so [the level of sexual violence] was grave,” he said. He established a team of volunteers; every time they heard about someone being raped, they would investigate before taking the case to the UN or an NGO. Documenting the violence is crucial, he said, adding it is the only way to make sure people have any access to justice.

But in Ivory Coast, the chances of getting the cases to court are slim, even with documented evidence. The justice system is weak and, after a decade of divided rule – with no police stations, courts or state hospitals in the northern half of the country – government institutions have had to start from scratch. Moreover, while atrocities were committed on both sides of the conflict, supporters of Laurent Gbagbo, the former president, have been held to account in a way that followers of President Alassane Ouattara have not.

Civitas Maxima, a non-profit organisation of international lawyers and investigators, is working on cases relating to war crimes and crimes against humanity in Ivory Coast. Alain Werner, the Swiss lawyer who established the group, said heinous acts of sexual violence took place during and after the country’s recent conflict, but identified a lack of “impartial willingness from the Ivorian [government] to try or investigate these crimes”. Most of the cases relate to the period after May 2011, the official end of the civil conflict, but Warner believes they should still be characterised as war crimes because they occurred “under the guise of the war”.

One such case occured in another district of Bouaké. A teenage girl recalls the night she visited a maquis, an open-air restaurant, with her school friends after the official end of the conflict. Two “military men” wearing “green camouflage clothes and carrying guns” approached the group and told her she had to go with them. They put her in a car, took her to a house and raped her. She was 16 at the time. She told her parents, and they went to the hospital and then to the police. After investigating, the police told them the two soldiers had been moved to a neighbouring city beyond their jurisdiction. “It is not normal that the police did nothing,” she said. “Maybe if I meet these men again in the town, they will do it again.”

Warner believes the case – a “very clear example of attacks against civilians when there could be no military advantage because, basically, they had won the war” – could be characterised as a war crime. A document his team is compiling to take to the international criminal court, which contains evidence from almost 200 witnesses, outlines grave acts of postwar violence committed by supporters of Ouattara. They include cases of gang rape, often stretching over days or even weeks, in which armed soldiers took dozens of women to their barracks. One involves an 11-year-old girl abducted by a soldier and forced to live with him as his wife; three years on, she is still living with him.

Seelinger hopes the summit’s pledges of support are realised and lead to concrete action. The international protocol is intended to be a “handbook” to improve the quality of evidence collected so that one day it could be admissible in court . It’s an “ambitious document”, she says, adding the challenge is how to make it truly useful on the ground. The key, she said, is strengthening the independence of domestic legal systems; crucial for countries like Liberia and Ivory Coast where the rule of law had completely broken down.

Back in Bouaké, the scale of the challenge facing Konan’s neighbourhood watch team is underlined by the response of Adou Gnapi, the police captain, when asked why women frequently suffer sexual violence. “It’s complicated,” he said. “Nowadays women look too good.” – By Tamasin Ford © Guardian News and Media 2014