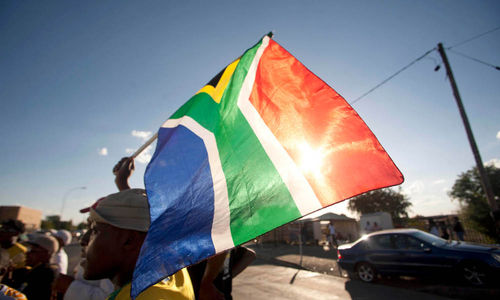 A wise man once said to me that nothing is ever lost, and if you feel that something is lost you must simply search for it in its new form. So when I heard a number of people complaining about the lost innocence of our children in this crime-ridden country, I wondered where this innocence was hiding out. I found it. To take you on my journey, allow me to tell you two stories.

The first story takes place on a tranquil summer afternoon. I was seven years old and skipping up the road, hand-in-hand with my friend, on our way to visit the local public pool. We were about to saunter through the gates when our path was blocked by one of the life-guards. He stared down at us and told us we couldn’t come in. Now, at age seven, it was my opinion that the only people who allowed or restricted anything in life were your parents, so I politely explained to him that we had our parents’ permission to be there. He told me I could come in, but my friend couldn’t. Again, I politely explained that she also had the permission of her mother, to which he pointed to the sign on the gate: Net Blankes. I was an early reader, but my Afrikaans lessons had only progressed to things like “Jan sits. Jan stands, Jan runs”, not “Jan is the only one allowed into the pool because of the colour of his skin”. And even if I had been able to read it, it wouldn’t have made any sense to me, as I didn’t see my friend as different in any way.

Blow one to the innocence of little children.

Now jump ahead 30 years, and my own seven-year-old daughter is asking me if I’ve ever met someone who had been adopted. I pointed out to her that her friend M was adopted to which she responded with absolute incredulity and surprise, “Are you sure mom? You mean that is not her real mother? Is her mother ever going to tell her? Are you sure mom?” Now M, I must point out, is a black child, adopted by two of the most lily-white people you will ever meet.

And there it is, innocence back.

The difference between our two stories is the South Africa we got to grow up in. Mine had the freedom of walking unassisted to the local pool at age seven … if you were white. But we also had difficult conversations with our parents, conversations that ultimately distanced us from other people; from friends and potential friends. My daughter may not have the innocence of believing she is safe, but she has the innocence to see beyond colour, to see people for the essence of who they are before labels interfere.

So while to many it looks like we are going backwards as a nation, for me I’m seeing these little gems of humanity that will never get stamped out. No matter how many Nkandlas we build, no matter how many blackouts we endure, no matter how low the rand falls — our children have their new form of innocence and this time it is in a form that all of our children will benefit from, not just a select few, and that is something to celebrate this Heritage Day.