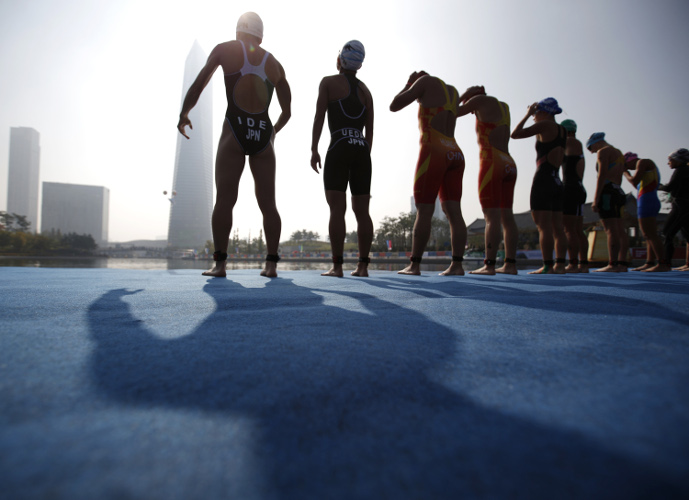 Women’s rights have become one of the focal points of the 17th Asian Games in South Korea after a series of incidents that have shone a light on the issue.

On Wednesday, the Qatar women’s basketball team forfeited their opening match against Mongolia after being refused permission to wear their hijabs.

Under the strict rules of the International Basketball Federation, women are not allowed to wear their Islamic headscarves during competition.

The Qatari players were asked to remove their headgear before taking the court against Mongolia but refused, saying it violated their religious beliefs.

“We have to take this stand,” said Ahlam Salem M. Al-Mana of Qatar. “We are here to push the international association that all Muslim teams are ready to compete in any competition.”

The Olympic Council of Asia (OCA) issued a strongly worded statement condemning the International Basketball Federation’s laws, which have been roundly criticised by sporting and human rights groups.

“The right of the athletes must be the highest priority,” said OCA Director General Husain Al-Musallam.

“Every athlete has the right to represent their country’s flag without discrimination or without the threat of a financial penalty.”

But this was just the latest in a series of issues relating to women at the Asian Games.

An Iranian team official was thrown out of the Games after being charged with sexually harassing a female volunteer while a Palestine soccer player was charged with the same offence after another incident at the athletes village.

President Sheikh Ahmad Al-Fahad Al-Sabah said the OCA had a zero tolerance for such incidents but said part of the problem was cultural differences.

“Of course, that kind of accident can’t be allowed to happen,” he told reporters.

“But to me also we have to understand what was the real problem … Asia – east, west, central and south – there are a lot of different cultures in this continent.”

Even before the Games – which operate under the slogan Diversity Shines Here – began, women’s rights were in the spotlight after Saudi Arabia excluded women from its team.

The Saudi stance sparked criticism from Human Rights Watch, which said the ultra-conservative state was shutting the door on female athletes, having previously shown signs of wanting to break down barriers by picking two women athletes for the 2012 London Olympics.

“Two years after the London Olympics, the time for excuses is over. Saudi Arabia needs to end its discrimination against women and ensure women’s right to participate in sport on an equal basis with men,” said Sarah Leah Whitson, Middle East and North Africa director at Human Rights Watch.

Sheikh Ahmad said he was surprised Saudi Arabia excluded women, believing they had “broken the ice” in London.

The Saudi officials picked a 199-member all-male team, saying their women were not sufficiently competitive. After the first five days of competition, Saudi Arabia was yet to win any medals.