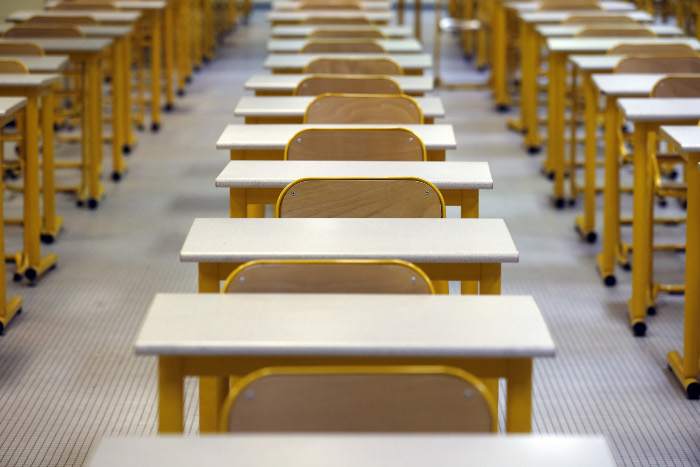 Social Development Minister Bathabile Dlamini has slammed as “illegal” a new scholarship scheme for female students who must pass virginity tests during the holidays to receive grant money.

Uthukela municipality near Durban city last month awarded “maidens’ bursaries” to 16 university students on condition they remain virgins until they completed their studies.

Beneficiaries of the cash will be subjected to regular tests, traditionally conducted by elderly women.

But Dlamini dismissed the tests as illegal, unhygienic and a violation of rights and said that the scheme would not work.

“These arguments are, at best, misguided and inadvertently provide a convenient screen for a patently harmful practice steeped in patriarchal practices that serve to oppress women,” she wrote in the Daily Maverick news website.

“Girls under the age of 18 cannot be subjected to virginity testing. It is against the law,” she said, adding that women aged 18 or more must give “informed” consent before being tested.

Any consent can “not include coercion through making access to resources to study a condition for that support.”

The amount of money available through the grants has not been revealed.

The minister, who is also the chairwoman of the ruling African National Congress women’s league, described virginity testing as “ineffective, unhygienic and a gross violation of a girls’ human rights”.

“Many first sexual encounters are unwanted … despite this there is a huge stigma attached to girls who ‘fail’ the virginity testing,” she said, calling the grant scheme akin to a “sexual offence”.

The South African Human Rights Commission (SAHRC) said it would collaborate with the Commission for Gender Equality to investigate the scholarships.

A SAHRC spokesperson Isaac Mangena said it “has received several complaints” about the bursaries.

Mayor Mazibuko was not immediately available for comment on Wednesday.

About 6.8 million people live with HIV in South Africa, with a prevalence rate of 19% between those aged between 15 and 49.