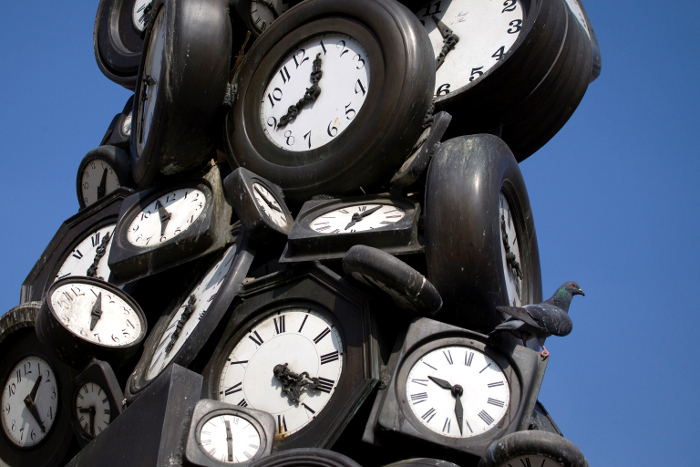 Six months ago I turned 30. And I must say, it was not as dramatic as I imagined it to be. There were no epiphanies, no “aha moments” or whatever it is that people feel when life makes sense all of a sudden. If anything, I threw a party where some of my favourite people ushered me into the so-called “big 30”. It was a lovely day for the most part.

Fast forward to a couple of months later and I can definitely say that I have had Oprah’s “aha moment”. What I’ve discovered since turning 30 is that society further burdens you with its expectations. This is particularly the case when you are a woman. What do I mean by this? Well, I cannot count the number of times I have been reminded of my “rusting” biological clock. Apparently, I need to get my “biological bits” working before I regret being an older mom (sometimes mistaken as a gogo) to my future children as I pick them up from school. Seemingly, this is one of life’s lemons that you don’t want to chew on.

And if you so happen to find yourself in this situation then you just have to bear the brunt of distasteful humour about being a first-time parent at such an age. Because yes, the average woman’s natural inclination should be towards motherhood and nothing else. If she happens to still be single and childless at the age of 30, then she should be endlessly searching for the perfect partner (ideally a heterosexual male) to complete the nuclear family circle. And yes, there is absolutely nothing wrong with having children and a heterosexual marriage provided that’s what you desire as a woman. But to insist that women who are not mothers (for multiple reasons) and are unmarried (to heterosexual men) force themselves into this mould is ludicrous.

At 30, I am told that I am not “in” anymore because my body is quickly losing its attractiveness while on the other hand, men become more interesting and mysterious as they age. We continuously see this ageism on our TV sets and in film. According to popular images, the average heterosexual man is supposedly into perky breasts, straight hair (sometimes curly), a young looking face, light skin and a tight “booty”. You can even go as far back as fairytales to see similar beauty ideals playing themselves out. I mean, in this imagined world, even aquatic life conforms to these beauty ideals. Remember Ariel, The Little Mermaid, with her long and straight fiery mane, a wrinkle-free face, an impossibly tiny figure and water resistant make-up? And again there is completely nothing wrong with these physical traits. The issue is when women are solely defined by these physical characteristics and nothing else.

I grew up seeing images that painted the older woman as “the old hag” with a crooked nose, a mole, unsightly teeth (if she did have any), thinning hair, an unusually evil laugh and of course a broom! She had mthakathi like tendencies where she could control forces of nature for her own benefit. Her infamous cackle was continuously accompanied by thunder and lighting and oh so very dark clouds. She had no friends save for the owl that sat on her shoulder. Remember that? I’m sure you do. She was forever envious of the desirable younger woman who symbolised purity, beauty, promise, fertility and the like. At times, she went as far as making it her life’s work to see the younger woman six feet underground. Sounds crazy? That’s because it is.

And in real life, I was surrounded by older women like my great grandmother Sulumane ka Dinizulu who had such grace, beauty, intelligence, kindness and patience. She raised me while my mother was away studying. At no point did I ever question this woman’s worth. She valued education even with her limited educational background. She was from the school of the hard knocks and knew that by giving my mother the opportunity to study, she would be empowering many generations to come.

I’m from a family of many women. Strong, proud, unwavering, beautiful and compelling they stand and through them and because of them I see womanhood differently. They all come with histories so rich and diverse. As I get older, they always turn back and look at themselves and say “You were a kid a minute ago. Where did all the time go?” I am so lucky to witness older women who are no longer made insecure by images that only speak of one kind of woman. Although there are images of older women doing great things on TV and in film, I still feel overwhelmed by the all-pervasive image of the woman who drinks from the fountain of youth. I still desire to see more mature women in their multiplicity doing what they do best … inspiring us to love ourselves regardless of how old our bodies are.