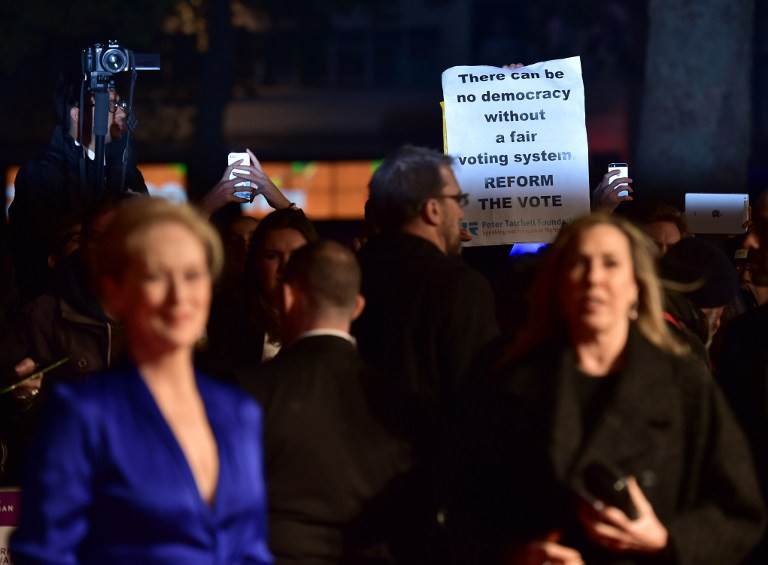 After a very unfortunate joke about pedophilia and Blue Ivy Carter in the opening show of a new series produced by Amy Poehler, I waited for white feminists to speak up. I waited for my feminist sisters who claim that feminism is indeed for more than just white women, to make the case about why the joke was in terrible taste, and that it would never have been made about a young white child. I waited for Amy Poehler, who I myself have genuinely admired for her politics and hilarious show “Parks & Rec,” to say something. I waited for the think pieces by white feminists calling for a reckoning of the unexamined racism inherent in the joke. I waited. And waited.

Read it at Salon.

Image – A protester holds a banner as US actress Meryl Streep (L) poses on arrival for the premiere of “Suffragette” at the London Film Festival in central London on October 7, 2015. (AFP)